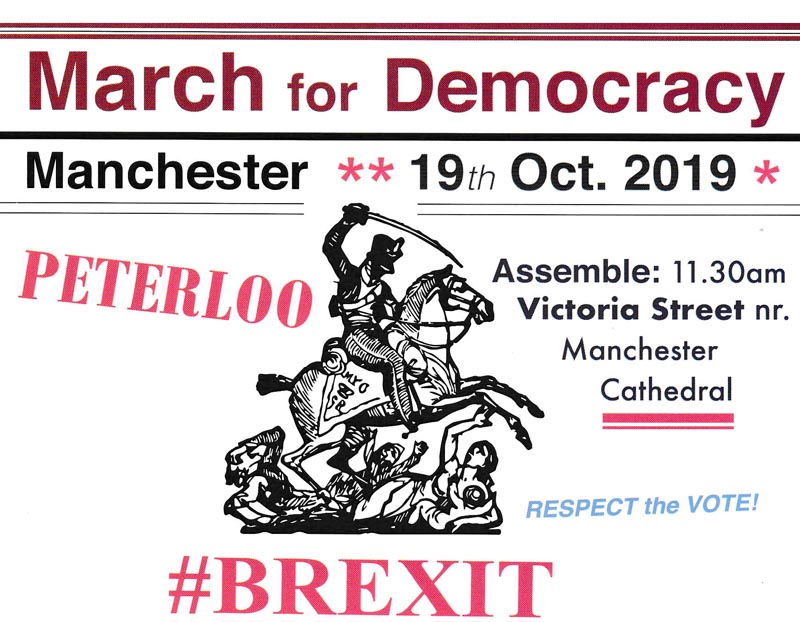 In 1819, 80,000 peaceful Peterloo protesters assembled in Manchester to demand the right to vote. 15 were slaughtered, over 600 injured by sabre-wielding militia sent in by magistrates. The 2016 Referendum was the biggest democratic vote in British history. Today MPs in Parliament try every low trick in the book t5o thwart and revoke the Brexit vote.

Our forebears fought for democracy, gave their lives for the vote. We democrats must assemble again in Manchester to renew the figtht of ordinary people to have their votes respected by the elites.

Brexit: from ideas to action - Manchester
Manchester meeting: The EU - Why Workers Should Vote to Leave