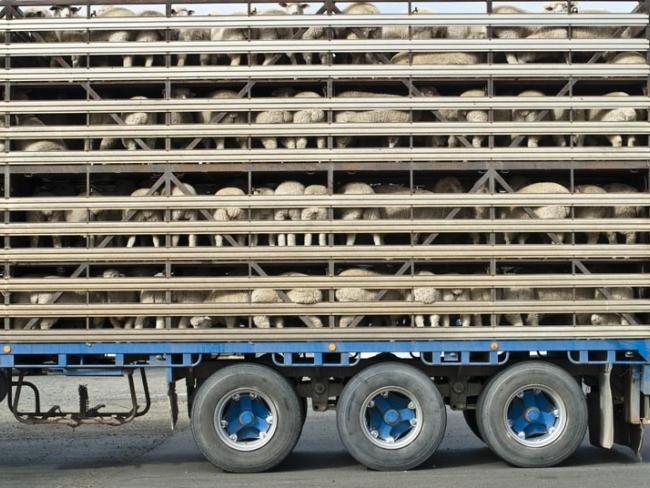 Out of the EU, Britain can finally ban the export of live animals. Photo David Lane/shutterstock.com.

Change is on the way for agriculture. In November the government set out the future shape of farming subsidies in the “Path to Sustainable Farming”. It marks a major change in approach.

The EU’s subsidy system was based on land ownership. The more land you owned, the more you received in subsidies. Out of the EU, the new British system will instead be structured to reward “sustainable” farming practices, encouraging farmers to protect natural habitat and establish new woodlands.

One can argue about the detail of these measures, and the subsidy regime must provide better support for farmers to produce food, but in putting them forward the government has stolen a march on the EU.

Though Brussels likes to pose as the greenest of the green, member states have been bickering for decades about Common Agricultural Policy reform and failed to take any significant measures to make farming more sustainable. And still there is no agreement on reform.

A report commissioned by the Agriculture and Rural Development Committee of the European Parliament, also delivered in November, didn’t mince its words. It said that the European Commission’s latest (2018) proposal for “business as usual” CAP reform was only “marginally consistent” with the EU’s declared environmental aims. “In the longer term,” the report concluded, “it is difficult to see why taxpayers would accept the financing of a policy that no longer provides a public good.”

This is not the only area where Britain is about to accomplish something the EU has signally failed to do. In the 1990s and the 2000s, people in Britain protested against the export of live animals to the continent.

Yet nothing was done. Even recently, in 2019 70,000 sheep were transported from the EU to Kuwait in temperatures of over 40 °C, and 14,000 sheep drowned when a boat bound for Libya sank off the coast of Romania.

‘Member states had been bickering for years about CAP reform...’

At the beginning of December 2020 the government launched an eight-week consultation on animal welfare in transport, including a proposal for a ban on live exports for slaughter and fattening, a move described by the RSPCA as “a landmark achievement for animal welfare”.

In a telling nod to the referendum campaign, an RSPCA blog has the subheading “We’re taking back rightful control” over the conditions under which live animals are exported. We can leave behind the lax and ineffective EU standards and establish our own.

Britain could even tackle the question of land ownership. Just as we can require fishing vessels that fish in our waters to be British owned, so we could require our farmland to be British owned to qualify for subsidies, or, better still, outlaw foreign ownership of British land altogether. We are the masters now.

The advantages of independence become clearer, day by day, to all with eyes to see. The EU’s terrible record on agriculture, the wine lakes and butter mountains, the dumping of chicken in west and southern Africa, the need to prop up small peasant proprietors in eastern Europe, need no longer constrain us.

But we still have some way to go to construct coherent agricultural policies that provide safe affordable food for workers. We must encourage the scientific research and manufacturing that a strong agricultural section of the economy needs.

Britain can only discuss and act on these questions because we decided as a nation to assert our independence and unity in June 2016. This is not sovereignty as discussed in the dry chapters of constitutional law textbooks. This is real sovereignty in action.