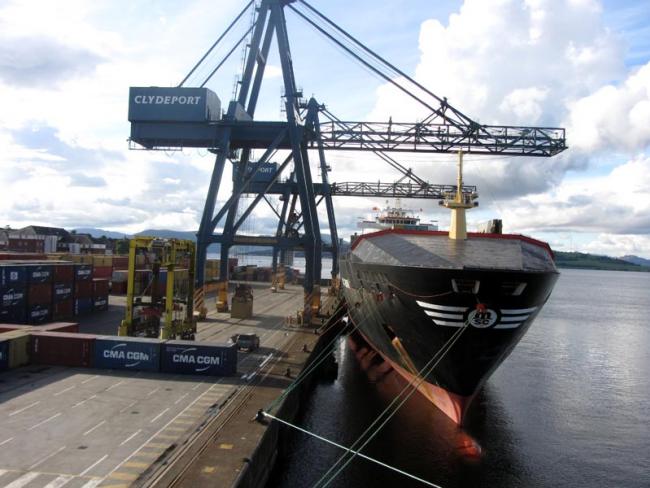 Shipping on the Clyde at Greenock. Photo Workers.

The RMT union has criticised the government for failing British seafarers in the Budget, in which Chancellor Rishi Sunak set out changes to Tonnage Tax, the regime which determines how shipping companies pay tax.

“Tonnage Tax was already a bad deal for British Ratings but the Brexit vote gives the government the chance to amend state aid schemes like Tonnage Tax to directly benefit Ratings and maritime communities, reversing the long term decline we have seen in seafarer jobs in the UK and across the EU,” said RMT general secretary Mick Lynch.

“The Chancellor is choosing to compete with flags of convenience.”

“Instead, the Chancellor is choosing to compete with flags of convenience like Cyprus, Malta and Singapore which operate tonnage tax schemes that openly drive down seafarer pay and conditions to levels that UK seafarers cannot be expected to compete with.”

The shipping employers were delighted. “This really does begin to put the Great back into British shipping,” said a statement from the UK Chamber of Shipping.

But the changes will do nothing for the training and employment of British ratings. And nothing for the British economy either, not even bringing more money into the Exchequer. They benefit only shipowners.

The training situation is already dire. Only 75 ratings have been trained on ships that qualify for the UK Tonnage Tax, the RMT said, while global shipowners have raked in over £2 billion since the scheme was introduced at the expense of seafarers and their families in Britain.

Nor is it just about training, says the RMT, noting that only 13 per cent of ratings in the UK shipping industry live and spend their money in the UK.

“This is economic madness for an island nation emerging from the pandemic and magnifies the worst impacts on seafarers from EU membership,” said the union.

It called for a system of cabotage laws based on the Jones Act in the USA to put seafarers at the heart of UK shipping, “not a complete capitulation to global capitalism”.