Free to protect the environment 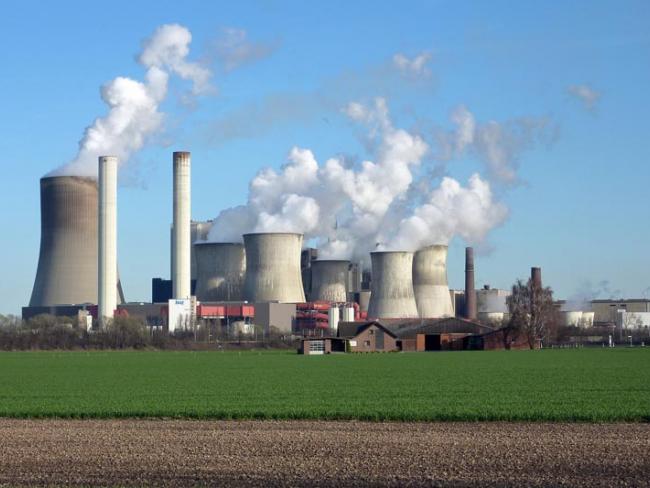 Niederaussem, near Cologne: the most polluting power station in Europe, and yes, it’s in Germany. So much for EU protection. Photo Vogone/Alchemist-hp (CC BY-SA 3.0).

In this original and exciting book, Ben Pontin argues that independence presents us with a real opportunity for environmental protection in Britain…

The view that EU membership was necessary to protect the environment is false. The challenge for Britain now is to decide on our future best environmental actions. And as Ben Pontin shows in his meticulously documented book, this is best pursued through our domestic, national institutions.

The EU’s founders wished to create environmental law from scratch. In contrast Britain was not willing to do so. Laws controlling the environment have been embedded in our national laws since at least the Alkali Act of 1861.

Britain considered it unnecessary and irresponsible to surrender to a new jurisdiction the established crafts of environmental law shaped by centuries of experience.

Pontin explains that, “Britain entered the Community believing it had the know-how, the tools, the legal craft-skills necessary to protect the environment without the help of a new, supranational jurisdiction.”

The record proves that this confidence was justified. Britain is on track to comply with the ambitious 2008 Climate Change Act. For example, the country’s target is to cut greenhouse gas emission by 57 per cent by 2030, against a baseline of 1990. The current reduction is 40 per cent. This is better than the EU’s 23 per cent cut, against its relatively modest 2030 target of a 40 per cent cut.

These targets are in response to United Nations Climate Change Conferences. The EU is not the source of international climate action, as it tends to imply.

Britain is already “one of the least wasteful (or most waste preventative) in terms of municipal waste among the EU-9 (the Member States when Britain joined)”, writes Pontin. But the difference between Britain and the EU in the approach to waste disposal has had damaging results.

The EU insisted on legislating against landfill. The 1985 report of the Royal Commission on Environmental Pollution said landfill was Britain’s “best practicable environmental option” for all materials other than those that are volatile or flammable.

What happened? The EU’s 1999 Landfill Directive. This made the government change its plans for disposal of over 2 million tonnes of waste annually that it could no longer landfill in our preferred way. So it cost Britain twice as much to dispose of this waste. In turn that leads to exporting waste overseas because it is cheaper.

Pontin sums up the effect of the Landfill Directive as “a costly mistake not only for Britain but also for the EU. This is because it encapsulates the idea of rigid harmonisation and insensitivity to national sentiments that has contributed to the outcome of the 2016 Referendum.”

The EU had a target of a third of protected natural habitats being rated as “favourable” or “unfavourable but recovering” by 2020. But by 2012 only 16 per cent of its sites had reached this standard. This was only a 1 per cent improvement since 2006. By contrast, Britain has a target of 95 per cent for its 7,000 sites of special scientific interest reaching that level.

Friends of the Earth claims that only the EU cleaned up our act. Not so. Pontin, a Professor of Law at Cardiff Law School, proves that their “claim that Britain’s environment and environmental policy and law was relatively poor environmentally…does not withstand scrutiny.” It is, like so much pro-EU advocacy, both untrue and defamatory of Britain’s achievements. He concludes, “In none of the case studies is there evidence that the domestic environment is well protected through the EU-originated aspect of domestic law.”

Professor Pontin sums up that on the criteria of simplicity, rationality, accountability and autonomy, “given a choice between a British way independent of the EU environmental acquis* on the one hand, and one tied to it on the other, my core conclusion is that each of these criteria support independence.”

The prime minister announced accelerated emissions reduction targets on 3 December. Whether these are achievable or realistic depends on many factors, including manufacturing capability. But the choices Britain makes on the environment will no longer be hampered by the EU.

* The body of common rights and obligations that are binding on all EU countries, as EU members.

Workers want cleaner air -- but not Birmingham ULEZ scheme
An agricultural call to arms
EU vs the environment
The environment: what should workers do?
How to protect the environment (and why the EU makes things worse)