It's time we were free to improve animal welfare 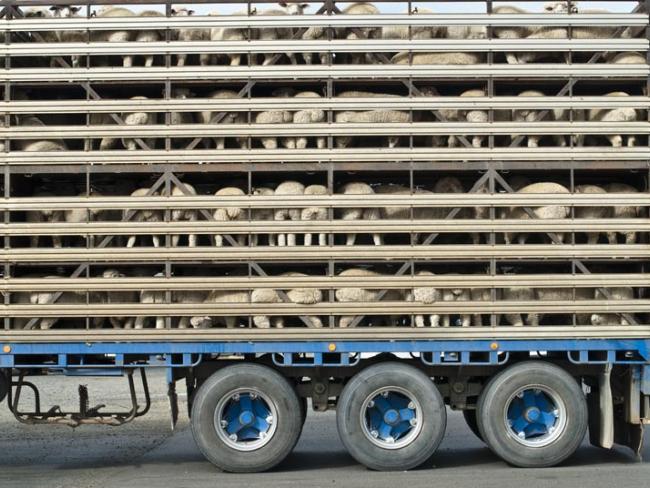 In animal welfare, as in so much, the EU likes to pose as an authority and protector of standards. The record tells us otherwise…

Britain has been a world leader in animal welfare legislation, for farm animals, for animals used in scientific research, for animals in the wild, for animals in sport and entertainment and, of course, for pets, or companion animals as they are known in the jargon. Yet we have been forced to accept practices such as long-distance transport of animals to slaughter, widespread in EU member states, but rightly unpopular with the public and with farmers.

The chief authority for regulations concerning animal welfare is the World Organisation for Animal Health, formerly called the Office International des Epizooties, which sets minimum standards that all must abide by, EU member or not. Britain’s domestic animal welfare regulation is far ahead of the EU’s. The production of foie gras, for example, which is permitted by the EU, is forbidden by British regulations. The EU protects ritual slaughter for the kosher and halal markets without stunning before killing – while that is required in British slaughterhouses.

Over decades, the Common Agricultural Policy (CAP) promoted intensive over sustainable farming, including in livestock production and dairy farming. Farm support systems were loaded in favour of the big producers. The CAP’s anarchy of production was exemplified in the creation of large, wasteful surpluses, the milk lakes and butter mountains, which ended up dumped on markets outside Europe.

With the advent of the single market in 1993, the mass transport of livestock around the EU and beyond accelerated. The EU has created the conditions under which pigs are frequently transported, in large numbers, from Belgium and Holland to Italy, or French cattle to Italy and Spain. There is also significant movement of animals from member states to the Lebanon, Russia and North Africa.

So trans-European transport of live animals is the norm for the EU. Nominally there are standards and regulations but the charity Compassion in World Farming reports that these are rarely enforced. Campaigners estimate that over a billion animals a year are transported across, and beyond the EU. The European Commission itself reported that animal protection during live transport had failed in 90 per cent of member states inspected in 2017, both during the EU part of journeys and in later journeys beyond the EU.

In Britain, workers favour slaughtering animals as close the point of production as possible. The transport of animals for long distances, sometimes across the Channel and across Europe, is generally deprecated, though widely practised.

This tendency has also been accelerated by the closure of abattoirs around Britain. Between 2007 and 2017, according to the Sustainable Food Trust, a third of British small abattoirs have closed.

‘Local slaughter is essential on welfare and sustainability grounds.’

In particular, important areas of cattle production such as Scotland, northern England and mid-southern England, have become what the Trust calls abattoir blackspots, although these are close to large centres of population. High volume abattoirs, supplying the supermarkets, force the smaller ones out of business, but require animals to be transported for long distances for slaughter.

For a smaller abattoir, the costs of complying with multiple layers of regulation are greater than for the multinationals, and costs of disposal of waste are crippling.

The closure of local abattoirs causes job losses among slaughtermen and others directly employed in slaughter but has consequent effects on butchers and others in nearby communities. And these skilled jobs in smaller abattoirs are not reproduced in the larger concerns, which depend on unskilled, largely imported labour. Larger abattoirs often do not return edible offal to the producer, so though offal from animals reared on high forage diets and minimal medication is both nutritious and an under-used resource, it goes to waste.

Yet local slaughter is essential on welfare and sustainability grounds. Increasingly we demand meat that is traceable and local; to support the demand for meat from rare and heritage breed animals depends on small producers and local slaughter.  Farmers too want to minimise transport times for the animals they have invested time and labour in rearing, yet find themselves compelled to send their animals on long journeys for slaughter.

The dead hand of the EU prevents attempts to rectify this. For example, the inhabitants of Skye in the Inner Hebrides have been trying since 2004 to establish an abattoir on the island – in the absence of one, animals must be sent on a sea crossing to other islands or the mainland – yet to set one up have been refused on the grounds of “unfair competition”.

Apologists for the EU sometimes point to changes, claimed as improvements, made over the years in EU regulations on animal welfare and meat production. Yet these did nothing to prevent the 2013 horse meat scandal, in which large-scale substitution of horse meat for other meats took place, facilitated by long-distance transport across the EU.

Horses slaughtered in Romanian and Polish slaughterhouses were transported to the Netherlands, relabelled as beef, and then included in products such as burgers and meatballs sold in Britain and Ireland. The House of Commons Select Committee on Environment, Food and Rural Affairs found that the scandal was the result of fraud and criminal activity co-ordinated across the EU.

Contrast this with the approach to the BSE outbreak. British veterinary surgeons and scientists who had worked tirelessly to eradicate the disease were attacked in the European Parliament for their pains. It should not be forgotten that we were forbidden to export British beef. Over one million cattle were incinerated in the British countryside from March 1996, on EU orders. The ban, on paper, was lifted from 1999 onwards, but, though France too had cases of BSE, they were allowed to continue to ban imports of British beef for seven years after the ban had been lifted, and never paid a euro in fines or compensation, although their ban was recognised to be illegal.

Some 3.7 billion farm animals are raised and slaughtered each year in the 27 EU member states, while in Britain the equivalent figure is a billion, so we are a major force in animal farming and have a great deal at stake.

British agriculture is organised in completely different ways to that of continental European countries, and particularly so in animal production. Free from the EU, we have the chance to develop farm animal production in ways that meet the needs of the people for high-quality, safe meat, farmed to the highest welfare standards.