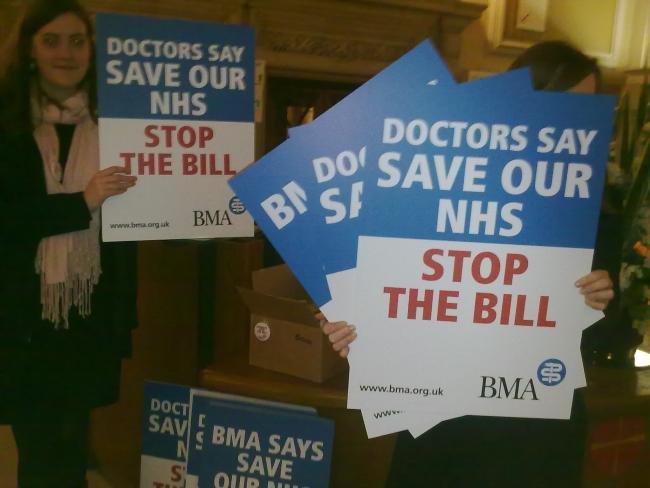 There are signs that fragmentation of the NHS will be ending. Within England at least there’s a way out of the disastrous splits imposed in 2012. The service is also divided between the parts of Britain on the altar of devolution, but that’s a battle for the future.

Professional bodies, trade unions and providers of the service have been unanimous in their rejection of Andrew Lansley’s Health and Social Care Act passed in 2012. And no one involved can explain how the institutionalised fragmentation it introduced was in any way helpful in providing NHS services.

The act destroyed the strategic health authorities responsible for NHS planning. It also replaced primary care trusts (PCTs), which had coordinated local NHS services. In their place clinical commissioning groups (CCGs) were supposed to be the vehicles for GPs to run the NHS.

But CCGs rapidly became nothing more than irrelevant shells, although the better elements have constantly sought to merge themselves into the old PCT boundaries.

The NHS is an unusual organism. It is entirely composed of workers and there is a history of its workers combining to take control of the service. It has taken some time for rejection of Lansley’s act to manifest itself. But even at its most senior levels the service has tried to bring together those parts of the NHS that Lansley sundered.

As local CCGs began forming federations and clusters, something similar was happening at a national level. NHS England, NHS Improvement and Health Education England, the organisations in overall control of the service in England have been drawing steadily closer together.

There are limits on to how far this process of integration can go without repealing the 2012 Act. Everyone is clear about that. But it looks as if the time has come to press the point.

The chief executives of NHS England and NHS Improvement are reportedly ready to press the current Secretary of State for Health, Matt Hancock, to repeal the Health and Social Care Act. This unprecedented move would lift the legislative constraints on integration and open up new, positive possibilities.

If successful, repeal would be a momentous step. For example, existing Sustainability and Transformation Partnerships could develop fully into integrated care systems. This has already started to happen in several parts of the country.

The prospect of single NHS organisations re-emerging raises other possibilities. In 1991 Kenneth Clarke, health secretary in the Thatcher government, introduced the internal market and the purchaser-provider split that accompanied it. These measures undermined clinical responsibility and were the principal organisational mechanisms for doing away with planning in the NHS.

"This could herald the end of the inernal market."

The Chief Executive of NHS England has already mooted that this new move could herald the end of the internal market. There is even now a long-term plan for the NHS that followed on from a five-year forward view. These are the seeds from which regrowth of the NHS becomes a possibility.

In 2008 Kenneth Clarke said on the occasion of the 60th anniversary of the NHS, “if one day subsequent generations find you cannot make commissioning work, then we have been barking up the wrong tree for the last 20 years”. He was, as he is now about remaining in the EU. It’s time to lay those ghosts.

We are now waiting on the workforce strategy for the NHS, the first in 25 years. It’s due out soon, hopefully retaining much of the draft aired last year. It will pose the questions that are long overdue: how can the NHS be sustainable? how can it train and recruit workers from within Britain rather than stealing them from across the world?

The government green paper on social care provision is well overdue too. Planning for the NHS can’t be effective without similar steps for social care.

The questions in the NHS draft workforce plan were a direct product of Brexit and a growing belief in independence. The draft acknowledged the need to do things differently. Somehow that spark has raised a wider question: how can NHS workers run the whole service more efficiently?