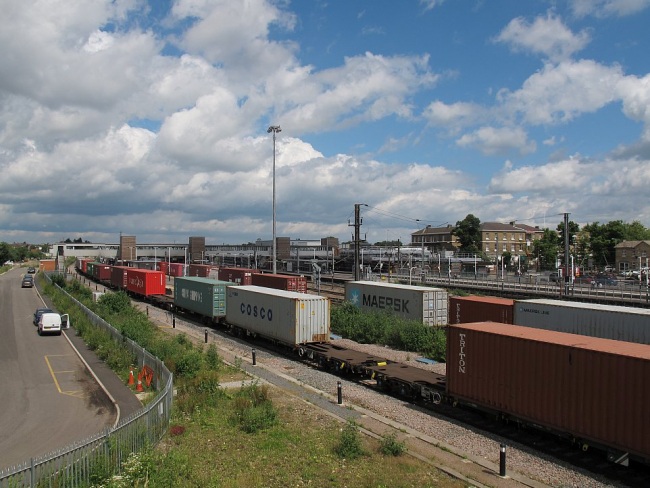 Shortly before December official figures showed the rail freight sector making a slow recovery during the summer from the impact of Covid-19. The figures prompted calls, including from rail union RMT, for a national programme of investment in freight infrastructure.

Yet the opposite is happening, despite freight’s contributions to the economy and to reducing carbon emissions on the roads. In December the government announced a huge 10 per cent cut in the rail enhancements budget – slashing £1 billion of planned investment while ring-fencing spending on roads.

RMT general secretary Mick Cash said: “These massive cuts to the UK’s rail infrastructure budgets are a shameful indictment of the government’s understanding of the importance of our rail network and fly in the face of their stated objective of building and investing our way out of the COVID crisis.”

As in many other sectors of the economy, the Covid-19 crisis has seen innovative steps to improve efficiency and maintain services. A number of British freight trains have been increased in length and weight temporarily during the pandemic in a development which could support better transport for goods, fuel and construction material across the country, and take lorries off the road.

Collaboration between Network Rail and rail freight operators since early 2020 has enabled more to be shifted on each lengthened train – some up to half a mile long. Not only does this lead to greater transport efficiency for freight, but in removing lorries from the roads it reduces carbon emissions and air pollution.

Work is under way to make permanent the increased rail freight capacity on lines where changes have already been made temporarily, for instance between Southampton and Leeds, Manchester and Birmingham, and between Daventry and Grangemouth in Scotland. According to Network Rail, this saves six million road miles a year.

Similar improvements have also been made in carrying aggregates from Herefordshire and the Peak District into urban centres, and in the north east by longer steel trains between Scunthorpe and Teesport.

The decrease in rail passenger numbers during the pandemic has partly led to the increase in rail freight capacity, but the significant environmental benefits and reduced costs to industry should be providing a massive impetus for the developments to continue. The Rail Freight Group, which represents the industry, is keen to see that happen.

“Renewable or nuclear energy fed through overhead power lines to an electric locomotive allows a train equal to at least 50 HGVs to be moved over long distances in a fully decarbonised manner,” pointed out Julian Worth of the Chartered Institute of Logistics and Transport in a letter to The Times on 22 December. “A programme of electrification of about 700 miles would allow virtually all the main freight routes to be switched to electric haulage.”

Worth called for the Treasury to authorise the first stages of such a programme immediately as a “quick win” for decarbonisation of freight transport.

If passenger services need to increase significantly when and if people start to use trains more, that could be affected by the amount of time the longer and heavier freight trains take to move through stations. This is one great benefit from the building of HS2 on dedicated lines, which will free up existing lines for local train services and freight.