Skip to main content
Home » News/Views » 1941: Seven against the state 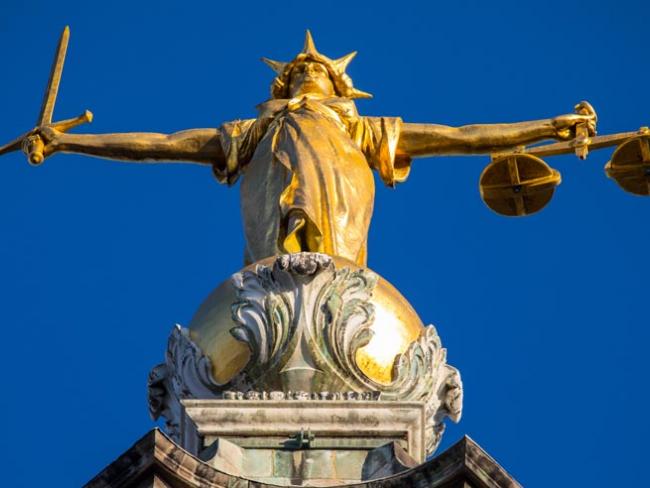 The Old Bailey, London, where the trial of the seven shop stewards was held. Photo chrisdorney/shutterstock.com.

During World War Two, the government prosecuted seven workers because they defended their union convenor. It did not turn out how they expected…

Eighty years ago, workers at a small London factory stood up for their convenor, victimised and unfairly sacked. Their strike, supposedly illegal in wartime, ended in the trial of seven shop stewards at the Central Criminal Court, the Old Bailey. Although found guilty, they were not imprisoned. The USSR had entered the war against Hitler on the day they were to be sentenced.

At that point, the British ruling class, government and employers, were more keen on suppressing their own working class than fighting fascism. Winston Churchill became prime minister in May 1940 in place of Neville Chamberlain, whose government was seen as incompetent and wanting to appease Hitler. Instead they hoped Germany would go to war against the Soviet Union.

Despite Churchill’s change of tack, there was little sense that Britain was doing all it could to resist fascism. Many workers feared a repetition of World War I, where they fought and died in the name of competing imperialist powers.

Those fears were heightened by employers who saw war production as a means to get rich, not to defend the country. The government paid “cost plus” on war contracts – perpetuating inefficiency and with no incentive to avoid leaving their workers without enough work to do. They were paid regardless.

But there was no intention of letting workers share in the bounty. Churchill appointed Ernest Bevin, formerly general secretary of the Transport & General Workers Union, as Minister of Labour. Bevin had unprecedented powers. In July 1940 the government imposed the Conditions of Employment and National Arbitration Order, known as Order 1305. This banned all strikes and lockouts, and imposed binding arbitration.

The Swift Scales factory in Park Royal, London, employed 130 workers. Like many other light engineering factories it switched to making aircraft parts. And as with others the introduction of skilled engineers brought union organisation. There was continual strife between the employers and the workers. An enquiry in February 1941 by the Ministry of Supply after a successful strike against the sacking of a shop steward noted the deficient and bungling management at Swift Scales.

On 17 April 1941 the employer then dismissed the convenor, a Jamaican, the leading workplace union representative, on the pretext of poor timekeeping. It emerged at the trial that this was on the recommendation of the government enquiry.

After hurried and unsuccessful attempts to negotiate with the employer, workers went on strike that day demanding his reinstatement. Bevin thought he’d found the opportunity to make an example of them – as they refused to recognise the validity of Order 1305 and refused to return to work awaiting official arbitration.

Workers in London and across the country gave support. Local shop stewards sent a message to Bevin: “Because of the chaotic state of production in other factories, together with the move against trade union organisation and democratic rights, we support and wholeheartedly endorse this action of resistance.”

The strike stayed solid as the legal machinery moved slowly on. Eventually Bevin took the case to the Old Bailey. The seven shop stewards, six men and one woman, were charged with “having taken part in a dispute which was not notified in accordance with the provisions of [Order 1305]”.

One of the stewards and acting convenor was Reg Birch, who 25 years later was founder member of the CPBML. With the agreement of the others, he defended himself. He sought to subpoena Bevin to explain what it was he thought at the time of instituting proceedings. Order 1305 said the existence of a trade dispute was entirely up to the Minister of Labour. Bevin did not appear.

The regulations also prevented management from instigating a dispute by locking workers out until they agreed terms. Birch pointed out that the government had used its power only against workers. For example, at the time of the trial 3,000 dockers in Manchester were locked out by their employers.

Birch challenged the government’s attempts to introduce Nazi methods to Britain. He argued that Order 1305 was in effect a return to the Combination Acts which outlawed trade union activity at the time of the Napoleonic Wars. These were not replaced until 25 years later after years of concerted working class opposition.

A guilty verdict was seen as a foregone conclusion. The government at first wanted a long prison sentence and heavy fines. Workers everywhere were fully alerted: solidarity and support for the stewards was enormous and a threat to the government.

But on 22 June 1941, the day sentence was due, Hitler attacked the Soviet Union. This changed everything. The workers of Britain would support the USSR as their ally in a war against Hitler and the Nazis. The conduct of the war changed.

The government could now extricate itself from its own stupidity. Bevin realised how much damage would be done to the war effort with widespread industrial action. The defendants were offered the option of going to prison or being bound over to behave.

The sevens stewards agreed to be bound over – and of course they then carried on their union work just as before.

Order 1305 was not repealed until 1951. Kent miners at Betteshanger Colliery were prosecuted in 1942 and it was used against London dockers after the war. But the trial of the seven stewards had drawn its teeth.