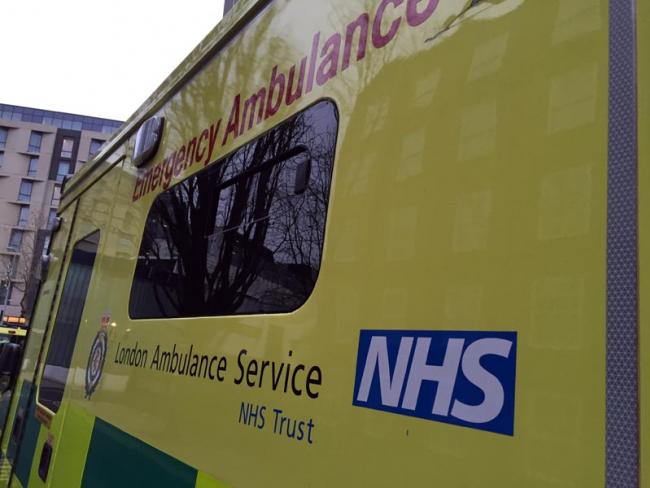 The capital’s ambulance service will survive as long as the agenda put forward by workers is met.

The London Ambulance Service (LAS) is the busiest ambulance service in Britain, quite possibly in the world, and it provides healthcare that is free to patients. It is also the only London-wide NHS trust.

It employs over 4,500 staff, who work across a wide range of roles from out of 70 ambulance stations and other sites. It provides emergency and non-emergency cover to more than eight million people who live and work in the capital 24 hours a day, 7 days a week, 52 weeks a year. It is a huge service by any stretch of the imagination.

It is a public sector trust at the heart of the NHS and has a long history of trade union organisation. Unison is the main union with over half of the workforce in membership.

The LAS has been struggling to meet its response time targets. Over the last couple of years it has gone from having the best ambulance service response times in the country to, in 2015, the worst. Since May 2014 LAS has failed to meet its 75 per cent target for Category A calls (most serious) within 8 minutes.

This decline in performance was seen as so serious that the NHS Trust Development Authority was called in to supervise and help manage a recovery. This recovery has not happened.

“Decline in performance”, though, needs some qualification. Response times may have fallen, but the number of calls responded to has risen steadily, year on year. And while call volume increases, resources, measured in the number of staff, have been reduced due to the government’s decision to reduce funding. Who then gets the blame? The government? Not on your nelly – the LAS of course!

‘Caring and professional staff led by an inadequate management.’

In June 2015 the Care Quality Commission (CQC) paid a five-day visit to the service. The CQC is the independent regulator of health and social care in England.

Its report, published on 27 November 2015, does not make good reading for the LAS, the staff or the people of London. The overall assessment and rating is 'Inadequate'! (The ratings the CQC has at its disposal are Outstanding, Good, Requires Improvement and Inadequate.)

More telling was the rating given to the senior management and leadership of the service, part of the category of “Well Led”. The overall rating was “Inadequate”.

And there’s the rub. Caring and professional staff led by an inadequate management. The report calls management “remote and lacking an understanding of the issues that they (staff) were experiencing”.

None of this should come as a surprise. In 2011 the coalition government announced £20 billion cuts to the NHS. The share that the London Ambulance Service had to take was a £53 million cut in funding over five years. £53 million of cuts which resulted in 980 or so job losses. That is £10 million of funding removed from the service each year.

The Unison regional organiser, interviewed on TV in 2011, predicted that these cuts would lead to dire consequences within five years. The interview can be seen at http://www.bbc.co.uk/news/uk-england-london-13051798

Recruitment was stopped. Paramedic training was halted or severely reduced. Not surprisingly the LAS struggled (not helped by poor leadership and management by a newly appointed chief executive and executive team at that time).

But the struggle in the main was because of lack of funds, lack of training and lack of staff. The service was set up to fail. In the battle between public and private, it wouldn’t hurt the government’s case to see the biggest ambulance service fall.

paramedics, started to leave the service. This was for a number of reasons; pay, pressure, stress, a feeling of bullying and poor leadership. In their place the LAS recruited from, among other places, Denmark, Australia and New Zealand.

More and more staff left. It became a vicious circle.

Unison wrote to the then chief executive in November 2014 expressing its concerns, to implore the senior management to act and take the initiative in turning the service around before it was too late.

There has been a major issue regarding the pay of paramedics – one that the London Ambulance Service has ignored. The simple fact is that other ambulance services were paying paramedics a pay band higher than those employed by LAS, and for less stressful (and less!) work.

LAS staff voted with their feet and went to join these services, which often covered the areas where they lived – meaning it was easier for them to work outside London as well as more lucrative.

The staff of the LAS are not inadequate, and Londoners know that.

The inability of LAS management to stand up to the government, combined with the provocative decision to bring in troops to break the last pay strikes in the service, led directly to the previous chief executive leaving.

The decision of the current chief executive to bring in the Defence Medical Services – the equivalent of bringing in the troops – to “provide leadership training and an education programme using military planning tools” points to a refusal to learn lessons that may yet bring the end of another senior career.

Unison has called for a period of stability, restoration of funding to pre-“austerity” levels, and immediate regrading of paramedics. If this workers’ agenda is met, the service will survive. Watch this space.