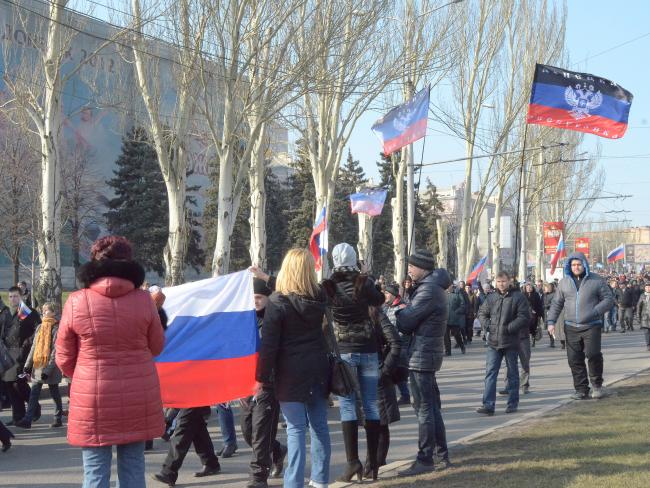 European countries are enforcing sanctions against Russia because of the secession of Crimea from Ukraine. In June and September this year, they agreed to extend the existing and new sanctions until the end of January 2017. Such belligerence is causing difficulties in Europe and Britain as well as for Russia.

Egged on by the Obama administration, anti-Russian statements from the British government have become increasingly bellicose. Now the foreign secretary Boris Johnson and others are calling for further sanctions to be imposed because of Russia's defence of the Syrian state.

The USSR is no more but elements in the US and British ruling circles still wish to play out their anti-Russian strategies regardless of the cost to workers everywhere. This is becoming extremely dangerous; only workers can restore sanity.

European governments have held together under the coercion of the USA but disagreements are beginning to surface as trade and jobs are threatened. Extreme Russophobes may wish to rerun 19th century antagonisms but few others want to go to the wall on behalf of the Ukrainian Maidan fascists and their medievalist counterparts in Aleppo.

The USA is less affected than Europe by the restrictions it has created but, even so American jobs and companies have been suffering, including aircraft, fishing and agricultural sectors.

The cost of sanctions has been estimated by the Russian government at $160 billion a year. The most significant costs have been in the restriction of gas exports and in oil and gas exploration. The general restriction on Western loans and use of banking facilities has also had a major impact. As a result Russian workers have seen a diminution in living standards and the economy has seen a drop in the rate of growth experienced from 2008 until 2014. Sanctions have had a bad effect, but less than the fall in the global oil price.

'Russia is now reorienting its trade.'

To counter these restrictions, Russia has turned outwards to the rest of the world. It is now busy re-orientating its trade towards the other BRICS group countries; Brazil, India, China and South Africa. India’s Prime Minister Modi is currently meeting with President Putin to cement further trade and cooperation between the two countries. Russia has concluded a new $400 billion deal to sell gas to China starting in 2018 when the new Sino-Siberian pipeline will start to operate.

Many European countries depend on Russian gas for their energy requirements. Eight EU member states are completely reliant on it. Hungary and Finland are desperate to see sanctions withdrawn or modified because they depend on Russian investment for their nuclear power developments.

A recent Austrian study predicts the loss of up to 2 million jobs across Europe in the EU member states, Britain, Switzerland and Norway. That burden is expected to fall to a greater extent in some industries and countries. For example, European food industries already need to find outlets for the 6 per cent of production now subject to retaliatory Russian bans. This could cost 130,000 jobs.

In Germany, business leaders in the BDI (the equivalent of the CBI) have called for Chancellor Merkel to extricate the country from the escalation of anti-Russian measures. It's bad for German business. Exports from Germany to Russia fell last year by 15 per cent. The forecast is that continued sanctions will lead to the loss of 50,000 jobs in pork production, other farming, defence industries, energy and metal working. If sanctions are widened, Germany stands to lose up to 300,000 jobs.

The effect of sanctions in the finance sector is harder to quantify because the repercussions of a Russian default on loans made by British and European banks could spark a further financial meltdown. The exposure of British banks with outstanding loans to Russian banks and companies stands at $15 billion. French banks are owed $44 billion, Italian banks $27 billion. A number of leading banks in Switzerland and EU countries hold more debt than the money they have set aside to absorb losses.

Britain doesn’t yet rely on imported Russian gas for its energy needs. But it still is feeling effects of the disruption to trade and finance. BP cannot recover any of its direct investment in Russia

London’s financial and commercial sector has been hit in several ways. Inward investment by Russian companies has been reduced by an estimated £27 billion a year. Russian companies are also moving away from London as the first choice to raise finance; that activity is down by about £13 billion.

London is recognised globally as the best place to resolve commercial disputes through arbitration. Russia provides a major element of this trade but its companies are now moving to non-sanctioning countries.