The battle for British fishing 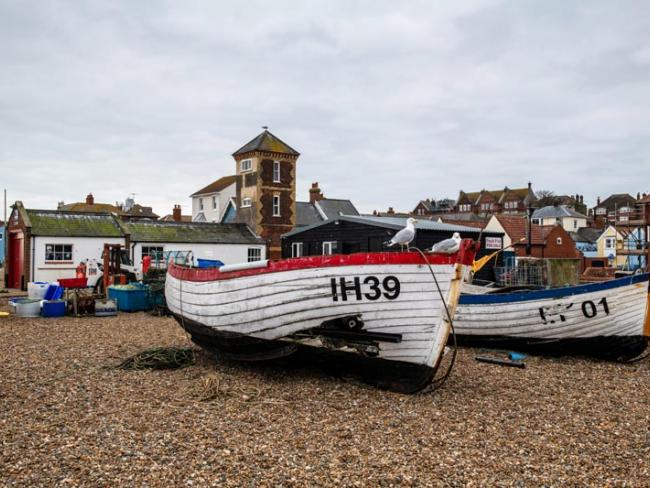 As both the EU and the UK government seek to thwart the results of the biggest democratic decision in our history, it is time to take stock of where we are, and how we can preserve and develop fishing…

The EU’s legacy in popular memory could well be two of their deliberately destructive practices. Long after Britain has left and the EU has imploded from its own contradictions, we will still wonder why we allowed Brussels to pay our farmers not to produce food, and to force our fishermen to throw their catches back while those from other parts of the EU plundered our natural resources, and British fishing ports became as dead as mining towns.

Thanks to the tenacity of Britain’s fishermen over forty years of EU membership the campaign to save Britain’s fishing industry has stayed in the public eye and was a major factor in 2016’s vote to leave. This was the case not only in coastal communities, but across the country.

When Britain joined the EEC, we still landed 1 million tonnes of fish. That figure is now around 0.4 million tonnes, the lowest figure ever recorded, excluding the two world wars. Since 1984 this island country has been a net importer of fish.

In spite of this, Britain still has the most diverse fishing industry in the EU. Our fishermen catch species from the open ocean, such as herring and mackerel, from on or close to the sea bed, such as cod and haddock, as well as flatfish, the cartilaginous fish like dogfish and skate, and crustaceans.

These are caught by boats of all sizes: smaller boats work out of small local harbours, supplying locals, restaurants and hotels, while larger boats can work further offshore and in rougher weather.

That is to say nothing of the farming of fish and shellfish, and the rest of the aquaculture industries. Even the pro-EU UK Trade Policy Observatory at the University of Sussex had to admit that the benefits to the UK of leaving the EU’s Common Fisheries Policy are significant.

The United Nations Convention on the Law of the Sea Article 61(1) states: “The coastal State shall determine the allowable catch of the living resources in its exclusive economic zone.” But first we will have to get free of the EU.

International law will provide for an exclusive economic zone extending 200 nautical miles from our shores (or if another state is nearer, to the mid-point between us). Britain will be able to control who can fish, and how much, setting limits on the total allowable catch, and ensuring the maintenance of stocks through conservation.

Britain will be able to say that foreign vessels may fish in its waters only if there is a surplus that our fleet cannot catch, and only at our discretion. It would also be open to us to stop foreign nationals owning British boats and obtaining part of our catch by subterfuge.

In the Factortame cases of the late 1980s and early 1990s, Spanish nationals who were quota-hopping appealed to the European Court of Justice against an attempt by the government to require British-registered fishing boats to be British-owned. Unsurprisingly, the ECJ ruled in favour of the Spaniards.

‘If we continue to accept EU rule, those fishermen who have survived so far will be ruined…’

The original EEC Common Fisheries Policy was signed in 1970 by six countries, Belgium, France, West Germany, Italy, the Netherlands, and landlocked Luxembourg. It is the Common Fisheries Policy that forces fishermen to dump millions of dead fish back into the sea every year because they’re either too small or belong to the wrong species. For as long as we remain in the EU our fishermen continue to be subject to these nonsensical rules.

Quotas are allocated for each individual species. It is possible for a fishing boat to set to sea with quotas for four species, but if it catches its quota for one of those four, no matter that its quota for other species is unfilled, it must return to shore part-empty. Britain should have repudiated this nonsense on the morning of 24 June 2016. Now, if we continue to accept EU rule, those fishermen who have survived so far will be ruined.

As for the EU’s claim that its aim is not the destruction of the British fishing industry for the benefit of continental fishermen, but conservation of stocks, consider pulse fishing. Dutch trawlers have long used the practice, sending electric signals to stun and startle fish away from the seabed before scooping them up in the nets. These trawlers are owned by multinationals.

Indeed, the EU does have a clear purpose: to serve monopoly capitalism through the huge global companies which now control, and are destroying, our natural resources.

The five largest quota-holders of UK fish control more than a third of UK fishing quota. Four of the top five quota-holders belong to families on the Sunday Times Rich List. The fifth is a Dutch multinational whose UK subsidiary – North Atlantic Fishing Company – controls around a quarter of England’s fishing quota (The Ecologist, 11 Oct 2018).

Pulse fishing is just one example of how the EU turns a blind eye to the practices of governments it favours and the global companies it serves. This type of fishing was declared illegal in 1998, but the ban will not be enforced until mid-2021. Pulse fishing catches juvenile fish too small to be caught by nets, and damages fish eggs and other marine wildlife.

Charles Clover, an expert on over-fishing, wrote in 2004 that “if there were a prize for the most disgraceful country or group of countries on Earth for pillaging the sea, the European Union would be the most favoured recipient”.

The regulations that require nations to cooperate to preserve stocks are not EU-derived, but come from the United Nations, the UN Agreement on Straddling Fish Stocks and Highly Migratory Fish Stocks and the UN Convention on the Law of the Sea.

The instrument to keep Britain in the Common Fisheries Policy is the transition period the EU wants to force on us– and that is stretching further and further into the future. The EU has only to consult, that is tell, the UK government, about new regulations for fisheries, while continuing to take British money.

The extent to which the British government threw away one of its best negotiating cards may be seen in the fanatically pro-Remain Financial Times, which reported that, for all the EU’s implacable hostility to “side-deals” in the event of a no-deal Brexit, it was still prepared to allow side-deals on fishing, and made provision for such deals in its contingency measures in the event of a no-deal Brexit.

Under these measures, the EU will also use the European Maritime and Fisheries Fund, paid for in no small measure by British taxpayers, to compensate fishermen who can no longer access British waters.

The French, Dutch, Spanish and Danish fleets have come to depend on access to our waters. Eight members state catch on average about a sixth of the fish landed here. Half the fish landed in Belgian ports is fished from British waters.

Fishing for Leave, the organisation founded by fishing communities to campaign for UK withdrawal from the EU, wants Britain to regain control from vested interests and run British fisheries in our interests.

It has proposed a plan, with the backing of most of the industry, based on a clean break with the EU discredited quota system. The system works on an Effort Control (Days-at-Sea) “keep what you catch” system. There should be exemptions for small vessels – the nurseries for future fishermen.

Fishing for Leave is also calling for the establishment of a UK-wide fisheries institute, so that fishermen and scientists can work together to monitor and manage stocks.

The EU creates a mesh of destructive regulations designed to remove national borders and democratic control along with it. Leaving the EU takes us a step nearer confronting monopoly capitalism directly without one of its servants in the way.