Brexit is done…but beware the traps 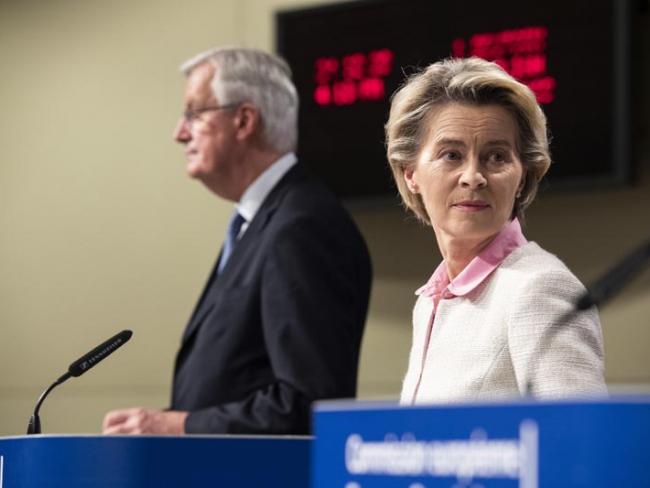 The EU failed to stop Britain leaving its federation of failure, and was forced to sign a leaving agreement that fell far short of its ambitions. That, though, won’t stop it trying to make up lost ground…

From the  moment in June 2016 when we voted to leave the EU, the bloc and its allies within Britain have tried all sorts of stratagems for keeping Britain within the orbit of the European Court of Justice (ECJ). Those plots have all failed.

That’s why the overriding achievement embodied in the Trade and Cooperation Agreement that sealed Britain’s definitive departure from the EU at the end of last year is that it is based on international law. The right of the European Court of Justice to decide on UK–EU disputes is removed.

In its place the treaty provides for neutral arbitration which is the usual way for independent sovereign states to settle their differences. We are once again a self-governing nation. It’s an achievement to acknowledge and savour.

But as the weeks since the agreement have shown, it is a treaty which cannot be seen in isolation from the Withdrawal Agreement. That piece of political skulduggery came into force on 1 February 2020 – and the EU is using it to disrupt trade and to frustrate everyday cooperation.

A sort of eternal vigilance is now upon us. The EU will try to make sure we stay under its regulatory oversight even when this does not or should not apply. That has certainly been the case for Switzerland (see News, page 4), which never joined the EU, and we must expect the same or worse treatment.

On the positive side the Trade and Cooperation Agreement excludes foreign policy and defence policy. These are now the sole prerogative of Britain as an independent country.

‘We are once again a self-governing nation…’

But even so the agreement’s reach is wide. It includes trade, transport and fisheries (see page 14). It also covers law enforcement, judicial cooperation in criminal matters and the exchange of classified information. It has a section on health security which is largely focussed on health needs of travellers between the EU and UK and cyber security.

It also discusses British participation in a range of EU programmes, notably that for research (see page 12). Finally, it includes an annexe on nuclear cooperation, focused on use of nuclear power generation. Except for Northern Ireland, an important exception, Britain now sits firmly outside the single market and the customs union.

The media is full of stories about increased bureaucracy, without mentioning that when we were in the EU all British firms – including the 95 per cent which did not export to the EU – had to comply with unnecessary and expensive EU rules. Now they do not. And when we were inside the EU customs union there were taxes on imports from beyond Europe which British importers and consumers paid for.

But the disruption to Britain’s internal trade from the Withdrawal Agreement’s Northern Ireland Protocol is not a teething problem. The Protocol is the EU’s foothold in the UK, and a means of punishing Britain for having the temerity to leave.

The border in the Irish Sea is a political weapon, pure and simple (see page 8). Everyone, including the EU, knows that it does not need to be there.

The Trade and Cooperation Agreement means we will be free of the EU state aid rules which successive governments have hid behind (often in a more draconian way than their European counterparts) to explain their lack of financial support for British industry. But not completely free to do what we like.

‘How this works out in practice is yet to be seen…’

The treaty does require both Britain and EU to establish a system of subsidy control, along with courts or tribunals which will determine whether a given subsidy falls within the agreement. But crucially the treaty sets limits around what happens when one party thinks the other is abusing their precious “level playing field”.

First, only the British government or the EU can initiate a challenge to a state subsidy, meaning that interpretation of the treaty cannot become the plaything of multinational corporations with their armies of lawyers.

And neither side can challenge a state aid measure unless it can show, based on facts, a serious risk of a significant negative effect on trade or investment between the parties. And even then neither side can actually stop the other from implementing the subsidy – though it would be allowed at that point to use tariffs as a sanction.

How all this works out in practice is yet to be seen. The agreement has a break clause: if one party thinks there are too many breaches, it can trigger a review of the whole trade pillar of the agreement. And if there is a total breakdown Britain and the EU could end up reverting to trade on World Trade Organization terms – not such a terrible thing.

Britain has left the EU’s Internal Energy Market and as such, the mechanisms that were used to trade energy no longer apply. But the EU is still involved, and the Agreement commits both parties to develop and implement new, efficient trading arrangements by April 2022. That may not turn out to be a simple process, not least because energy trading with the EU  is another area where Northern Ireland is in a different position to the rest of the UK.

It’s not a trivial issue. As recently as 2016 we had the experience of Storm Angus which disrupted energy supplies from France to England for a full year. If our recent experience with vaccines teaches us one thing, it is the importance of being able to produce what we need on our own shores.

Rather than engage in lengthy negotiations with the EU, the government should ensure that we can meet all our energy requirements from within our own country. Then we won’t need any special energy trading arrangements.

The inclusion of a specific date of April 2022 for these is a reminder that the agreement is very much a work in progress. The whole day-to-day operation of the agreement is to be overseen by a Partnership Council with 19 committees and 4 working groups.

The government summary  states that the Partnership Council “will supervise the operation of the Agreement at a political level, providing strategic direction”. And decisions made will be by mutual consent.

Thankfully, the Partnership Council won’t be a building in Brussels with lots of flags, rather a term for the high-level discussion between the British government and the European Commission. David Frost, the government’s chief Brexit negotiator, will take the lead on the UK side.

So far so good. But experience teaches us that the Commission will try to use the council to entangle us in its regulatory mechanisms. It is a time to be watchful. The technical and legal expertise among those who fought for Brexit must not be relaxed and should keep close tabs on how each element of this process continues.

Already live British shellfish are being barred from the EU (see page 14). And this despite the government’s assurance in its summary explainer  that Britain and the EU can maintain fully independent sanitary rules to protect human, animal and plant life and health, “preserving each Party’s right to independently regulate, while not creating unjustified barriers to trade”.

Even a French MEP, Pierre Karleskind, has pointed out that British waters didn’t suddenly become dirty after 31 December, and he wants the EU to find a short-term as well as a long-term solution. He must be missing his moules.