Skip to main content
Home » News/Views » Brexit: how the Nobodies beat the Somebodies

Brexit: how the Nobodies beat the Somebodies 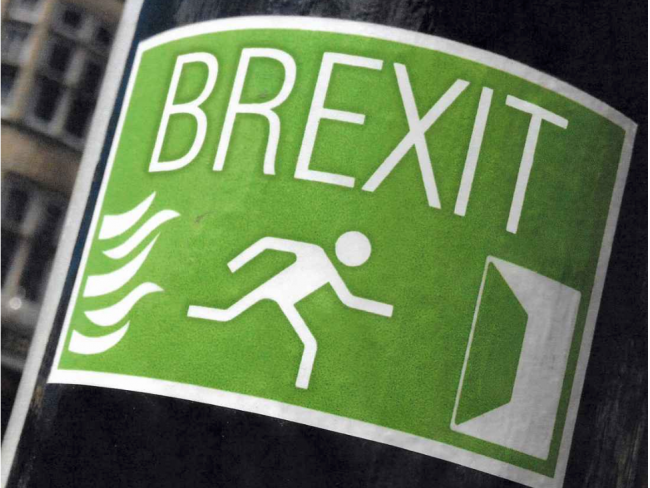 One of the author's campaign stickers; his book has helpful hints on where to place them.

“My name is Sebastian, and I am a nobody.” These are the opening words of a slim but jewel-packed volume that sets out to explain how Britain overturned the establishment and voted to leave the EU. And it does so from a particular perspective – that of a relatively isolated campaigner in one of Britain’s most Remain-friendly cities, Brighton.

In the space of just 160 pages Sebastian Handley, a Brighton-based singer, songwriter and performance poet, has written one of the very best books on the referendum campaign and certainly the most entertaining.

'The war was won by thousands of nobodies who broke down a vast institutionalised lie.'

Why did we win? “When the history of the Revolution [as he calls the vote] is written it will be tempting for someone like Max Hastings to simplify the story into a narrative where one individual (Farage or Johnson) led the peasants to a stunning victory. They didn’t. The war was won not by one great leader but by thousands of nobodies who incrementally broke down a vast institutionalised lie.”

As for Remain: “I would say there’s only three things the Remain campaign got wrong: 1, Too monolithic […] 2, Poor ground campaign […] 3, Shit product. I can’t put it any kinder than that.” He concedes that the Remain campaign was “actually fairly strong but when you have such a bag of crap for sale, however passionately you flog it, there are only going to be so many people weak, scared or stupid enough to buy it.”

What shines through is his utter conviction that the argument for independence “really was a progressive argument”. As he observes, “The only reason why Guardian readers tended to disagree was because they conflated the EU with a progressivism that it didn’t deserve, and Brexit with a right-wing agenda that we didn’t deserve either.”

After the referendum, many Brexit campaigners thought the job was done. Campaigning groups were dissolved. Vote Leave deleted its entire contacts database. It was a mass demobilisation.

Now, with the fight to leave the EU entering a new phase, and in the teeth of unremitting hostility by the establishment, Leave groups are being reinvigorated. Indeed, some have been formed by people who didn’t campaign during the referendum but were shocked at the vicious attempts to deny democracy.

All this makes Handley’s short book quite literally essential reading, because it looks at what works and what doesn’t. He is particularly strong about social media and how to reach as many people as possible.

On campaigning, Handley suggests paying Facebook to promote posts: choose a few posts, decide how much you want to spend, tag them, choose the age/gender of recipients and press Go. Then check which got the most shares to help aim the next post. By polling day his page had 522 followers, but every £5 promotion got it on 1,500 people’s timelines.

Delivering leaflets door-to-door is one of the best effective ways to campaign, he says. It gets your arguments into people’s homes, so people have to look at them even if just to bin them. They see that your campaign is alive, and it bypasses the media.

From a street stall you may only hand out 50 leaflets in a day, but you can deliver leaflets into 50 homes every hour, says Handley – though that didn’t stop him setting up his stall and making contact with new allies. Here, too, he has a tip: “One thing you learn in street campaigning is not to get embroiled in conversations with people who agree with you because that isn’t winning any votes.”

Towards the end of his book there is a telling photograph of the Brighton Brexiteers – all six of them in a pub. Just six. “Is that why we won? Well, yes and no. The margin of victory was over a million votes so even if none of the Brighton team had done anything we would still have won,” he writes. “But the point is that there were lots of autonomous leaderless ramshackle groups like us up and down the country.”

In fact, says Handley, being leaderless was the campaign’s greatest asset. In a particularly thoughtful section he talks about a Daily Telegraph article by Dan Hodges written towards the start of the campaign that concentrated on the perceived splintering of the Leave campaign. Initially, the article depressed him (because the splintering was real). But read his conclusions:

“It is one of the oldest adages in politics that divided parties don’t win general elections. Hodges’ error here was to think the referendum would be just like a general election but just on a bigger scale, and that unity was vital, in fact unity was lethal. It was the splintering of the Out campaign that won it.” Then he adds teasingly, “I will explain why later.”

Get hold of this book to read this explanation. And to arm yourself for the battles ahead.