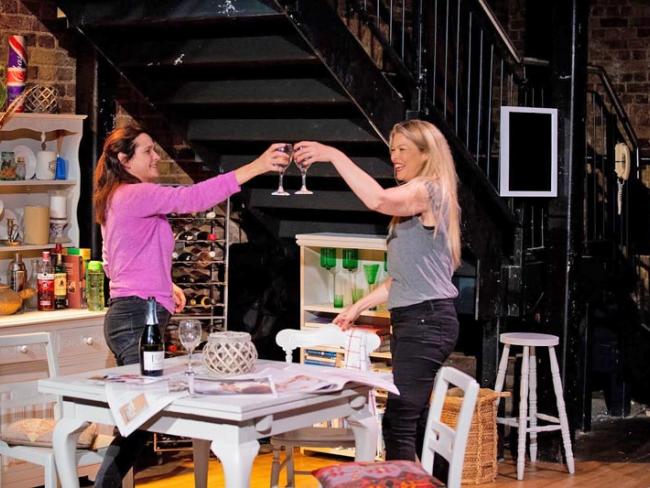 Not everyone in the arts is in love with the EU. A new play has been putting the other point of view…

Full houses have been flocking to the Union Theatre in London for People Like Us, a new play by Julie Burchill and Jane Robins. Advertised as a play about sex and Brexit, it chronicles the polarising effect of the Referendum on the relationships of five members of a North London book club.

The play features two Leavers and two europhiles. The fifth character, given to understatement, glosses over some fundamental differences of opinion in his desire for harmony.

Set on the eve of the vote, the opening act begins with a portrayal of the sort of pre-existing tensions found in many British families, workplace or friendship groups as they are forced to consider their stance towards the EU.

The first thing the audience sees is an interior that proclaims itself to be the home of an intellectual but pretentious convenor of the club. We see Rothko prints, and arty soft furnishings. In one hilarious exchange when characters threaten to wreck a precious chair the owner cries: “Oh no! Not the Mies van der Rohe!”.

His French girlfriend prefaces her patronising remarks with words we hear today even years after the vote: “Speaking as a European…” she sneers at “perfidious Albion”, “silly bigoted Brexiteers”, “sans-culottes” (a reference to working-class French revolutionaries), “in the bottom set at school”, while Remainers are “nice adult progressive liberal people like us”.

The second act opens on the evening the Referendum results come in: “a bit of a hiccup” apologises the fifth friend, to roars of audience laughter.

Then Remainer grief sets in, with French tantrums, while the two female Leavers are jubilant. Despite being ejected from the club, they hail the end of cheap labour and the start of an exciting democratic future. They take a provocative pop at EU promotion of Islam, and at virtuous readers of the Guardian and Financial Times with their devotion to decaf and “safe spaces”.

Exaggeration and caricature is part of the comedy: so criticism seems churlish. Burchill and Robins are not on a par with Mike Leigh, but they have written a brave and seditious play for our times.

And to be fair, they invest the Remainers with a degree of sincerity, no matter how misguided their passion. With some pruning in the first act and more substantive arguments for optimism in the second they should please audiences from South Wales to Sunderland, whichever way they voted.