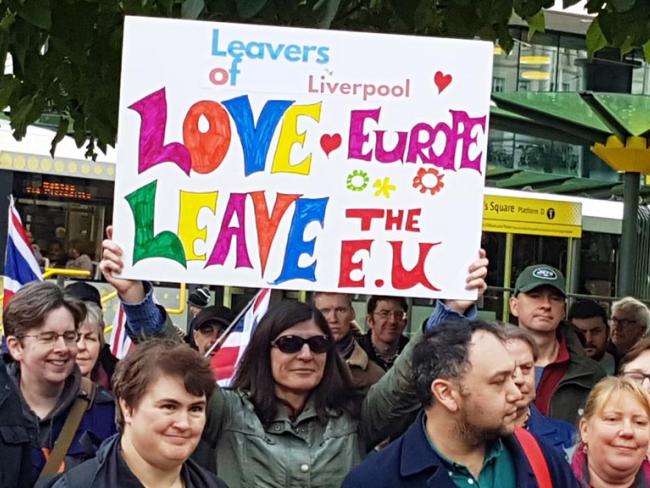 Protesters came from all over the North West – and as far afield as Scotland.

Protesters from all over the North West marked the bicentenary of the Peterloo Massacre with a march through the centre on Manchester on 19 October calling for democracy to be upheld and the EU referendum result implemented.

After a one-minute silence to honour those slain in 1819 they went to St Peters’ Square, the site of the massacre, to hear speeches from Brendan O’Neill (editor of Spiked-online), Paul Embery (trade unionist and journalist) and a Brexit Party MEP.