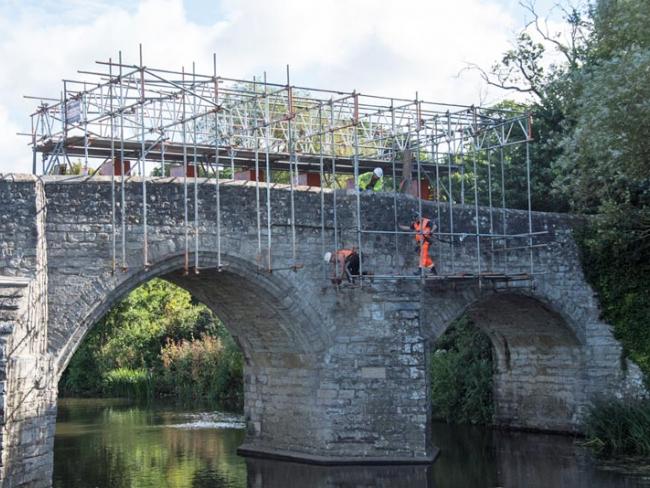 Bridge across the Medway under repair at Teston, Kent. Photo Howard Marsh/shutterstock.com

If you’re driving over any bridges in the weeks to come, don’t read this – especially if you live in any of the places listed below, as the siphoning off of resources from local councils continues uninterrupted.

Overall, according to the analysis, the maintenance backlog for council-owned road bridges in Britain increased by a third in the past year, with an estimated £6.7 billion needed to bring all structures up to standard, up from £5 billion a year earlier.

Of the 3,177 bridges in the worst condition, councils have said that, ideally, they would want to bring 2,026 back to full carrying capacity, but that due to budget constraints they only expect to be able to carry out the necessary work on 343 over the next five years.

Steve Gooding, director of the RAC Foundation, said that “no one believes we are on the brink of a catastrophic failure, but to be 100 per cent certain we need adequate inspections, and those require adequate funding.”