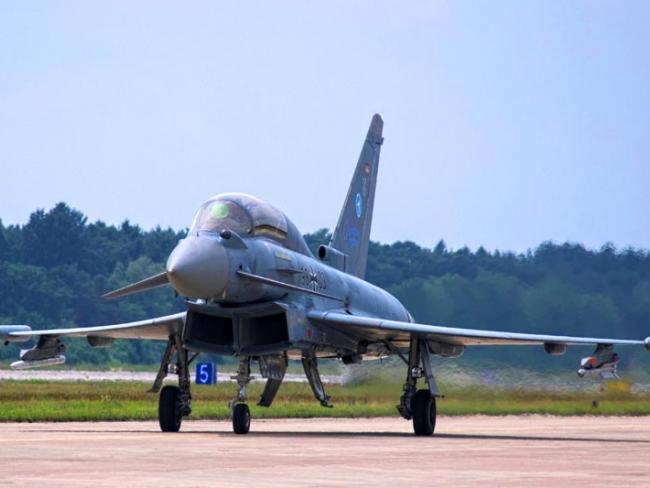 The new EU Defence Fund is to be supported by billions of euros from the European Investment Bank (EIB) which exists to “contribute to EU policy and objectives”. Britain is the joint-largest shareholder in the EIB, so the EU is aiming to reassign our money. The Fund will be able to offer money to British firms to join EU-led procurement projects, giving these firms a financial incentive to demand involvement in the EU’s “defence single market”.

In fact the EU wants a single military procurement policy, coordinated by a newly empowered European Defence Agency. This is a particular threat to Britain, with its highly developed defence manufacturing and research complex, because compliance with EU defence directives is a condition of participating in the EU’s defence industrial schemes.

At present, we are “permitted” to choose our domestic suppliers in shipbuilding, aircraft and other manufacture. To do so means invoking the EU’s Article 346, the national security clause, to exempt us from EU rules that tendering must open defence contracts to “cheapest-wins” EU-wide competition except when a member state regards domestic manufacture of a specific item as a matter of national security.

And the EU wants to end this exemption. Its Court has recently reduced the scope of Article 346 and the EU Council can at any time amend the items it covers. The EU wants to create a single EU defence market in which member state governments could not protect domestic defence jobs and industry, Scottish shipyards for example. This “rationalises” defence industries. Each would specialise, so countries would lose some national capabilities, leading to interdependency.

Even the government’s National Shipbuilding Strategy of September 2017 adheres to the latest EU rules on cross-border defence tendering. About one third of naval ships (frigates, destroyers and aircraft carriers) are reserved as Britain-only build while all others (such as patrol, mine-countermeasure, hydrographic, amphibious vessels and Royal Fleet Auxiliary) will be open to international tender.

The GMB union rightly complained that the strategy does not allocate enough shipbuilding to our shipyards. This EU procurement policy squeeze also applies to building helicopters, armoured personnel carriers, artillery, aircraft and firearms, and to conducting research.

• Related article: On the march towards a European army