Skip to main content
Home » News/Views » Capital in the 21st Century: the film and the book

Capital in the 21st Century: the film and the book 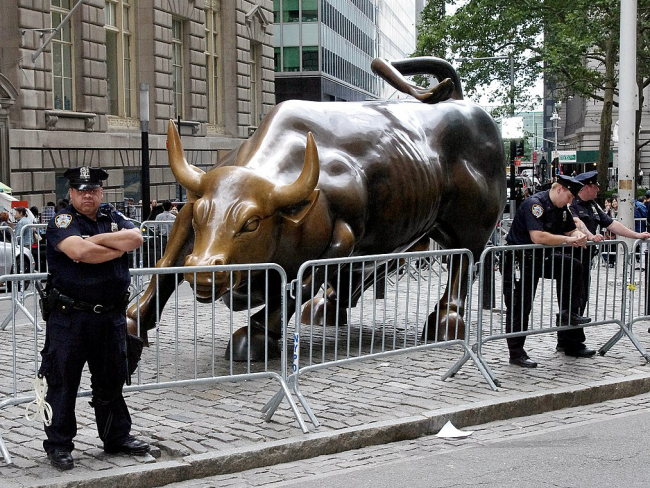 Anyone hoping for insight or inspiration from this film will be disappointed. It’s based on a book of the same name by French economist Thomas Piketty about changes in wealth distribution. Its politics and conclusions are conventional and, in the end, anti-working class.

The book, first published in 2013 and translated into English the following year, gathered an impressive array of awards. Praise mostly came from mainstream media and academic economists. These are not the places you’d look for an effective critique of capitalism, let alone answers to its excesses.

The film is on the same lines – focusing on a rise in inequality and not its causes. It is confusing – and boring too. And it lacks the data about inequality that at least made the book interesting in parts.

We see a film clip from a Jane Austen adaptation – the hero is held up as an example of the landed aristocracy, the richest section of society at that time. Presumably that’s an attempt to connect with the masses rather than providing a telling insight into capitalists – who derive wealth from exploiting workers and not from owning land.

Footage of the fall of the Berlin Wall in 1989 is used to show that it’s an illusion to think there might be an alternative to capitalism. No mention is made of the Russian revolution, the greatest challenge to capitalism so far. In his book Piketty dismisses all the experiences of Soviet planning in just five lines of ignorant abuse.

We are treated to excerpts from the 1987 film Wall Street in which Gordon Gekko (the unscrupulous corporate raider played by Michael Douglas) lauds the concept of greed. Even if you weren’t around in the 1980s, you won’t learn much from this caricature of a capitalist.

Piketty presented his book as the alternative to Marx’s Capital, but he shows little sign of having read it. For example, he wrongly claims that Marx ignored technological progress and increasing productivity. The criticism of superficiality can be levelled at the film too.

The film attempts to show the cyclical nature of capitalism going from boom to bust. But throughout it shows workers as helpless in the face of social and political upheaval. Instead we are treated to interventions from so-called experts in economics, politics, and history – who are presented as knowing better than the rest of us.

'Workers will be the gravediggers of capitalism.'

Marx had the opposite view. He and Engels concluded in the Communist Manifesto (1848) that workers, the proletariat, will be the gravediggers of capitalism. But there’s no inevitability, workers must be masters of their own destiny.

Footage of Hitler holding forth was inevitably used to illustrate the supposedly reactionary nature of any call for national sovereignty. Piketty’s writing is more subtle but equally wrong-headed.

Piketty proposes a global tax on capital as a solution to inequality and a way of regulating the global economy. It is a speculative idea which he describes as “a utopian ideal”. On the other hand, he abruptly dismisses the working class alternative policy of protectionism and capital controls; these do work in the real world.

Piketty admits that, “…the simplest way for a government to reclaim a measure of economic and financial sovereignty is to resort to protectionism and controls on capital.” He says that protectionism is not in itself a source of prosperity or a creator of wealth, but neither is his alternative.

He prefers “economic openness” to protectionism, but far from “justly distributing the benefits”, economic liberalism worsens inequality overall. Modest economic gains are countered by the negative effects of the free movement of people, goods, and capital.

The film’s mish mash of half-baked ideas is quite breath-taking. The assertion that industrial workers are incapable of independent thought and are brainwashed into being against immigration is predictable but still shocking.

The so called educated “middle class” are shown as greedy and grasping, making fortunes out of the rise in house prices. But capitalist tax evaders and multi-millionaires are let off as uncatchable. So redistribution of wealth will occur when the children of the baby boomers inherit and not when capitalism is eliminated!

The final dystopian scene of robots taking over the world made our reviewer rush for the exit. You have been warned.

Economic war on workers being used to fund a military war
Budget 2021: what it means for workers
Monopoly and regulation: a new path for Britain
Meet the new ‘mafia’ economics
Seizing the future for Britain's workers