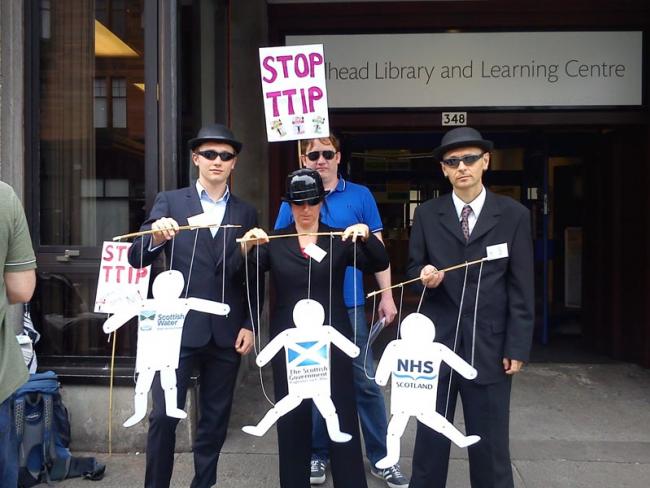 This book by the 2001 Nobel economics prize winner expands and updates his best-selling Globalization and its discontents. That critique of the role of the International Monetary Fund is supplemented by a study of globalisation’s increasingly harmful effect on the working classes of the USA and Europe.

Stiglitz notes, “Globalization has become a race to the bottom, where corporations are the only winners and the rest of society...is the loser.” He continues: “Those at the top got more than 100 percent of the gains, meaning that the rest – and unskilled workers in particular – were worse off.”

‘They claimed, falsely, that the only way to save ordinary citizens was to save the bankers…’

So the workers in America “were also right to complain”. The Trans-Pacific Partnership, typically, “was an agreement that served corporate interests, with negligible benefits for the U.S. economy as a whole.” This is a common feature, as he explains.

Pension funds and sovereign wealth funds hold huge funds for investment, and there are massive needs for long-term investment. Stiglitz points out the obstacle to using one to solve the other, “But standing between the two were short-term financial markets, which paid little attention even to the most pressing global problems…”

After the 2008 crash, the US government and those of other countries too “...appointed the very people who were responsible for the crisis to sort it out. Not surprisingly, they put the bankers’ interests ahead of the rest of society – ahead of those losing their jobs and homes. They claimed, falsely, that the only way to save ordinary citizens was to save the bankers. The ‘recovery’ was focused on the bankers, not on ordinary citizens…”

Stiglitz explains “why it’s so difficult to make changes, to make the changes that would enable globalization to work: the corporate forces that have created a globalization that works for them, but not for the rest, are not going to easily and willingly give up their power.”

When he writes of reforming globalisation, the giant corporations – the cause of globalisation’s failure to benefit us all – miraculously vanish. Later he pleads, “...if the 1 percent must pursue its own self-interest, it should at least be an enlightened self-interest.” He relies on them to make the changes society needs, but seems to know his quest to reform globalisation will fail.

Stiglitz’s most likely scenario is that corporations will continue to reap a disproportionate share of the gains. Yet he acknowledges “the more remote possibility that domestic political forces in the United States and Europe circumscribe market power.” This is the future that we must make.

The English Civil War (1642-1649)
Devolution – a failed idea from a failed era
Let's get on with leaving
The NHS at 70: all to play for
The great betrayal? Don’t let the EU steal our fish