Skip to main content
Home » News/Views » Carillion: over the precipice

Carillion: over the precipice 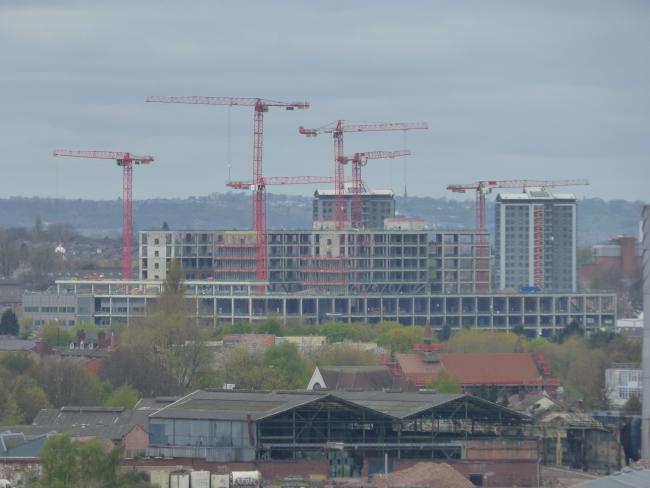 Carillion PLC, the British construction and facilities management services company has collapsed into liquidation, as we predicted in October 2017. This is a failure of the “free” market and capitalist dogma: Carillion workers will suffer, as will those who use the services Carillion was given to run.

The ground moved from under Carillion’s feet from the beginning of the year as the government called crisis meetings to try and assist in re-financing for Carillion. Crisis meetings with the creditor banks – Barclays, HSBC and Santander came to nought. The inevitable result was that liquidators were appointed on 15 January.

Carillion’s stunning collapse is sending huge tremors through the government. The share price fell by over 90 per cent since July 2017. Its market value of £61 million dropped daily and in the end evaporated. The group had debts of over £1.5 billion, a pension deficit of £587 million and even the £300 million it required to keep going in January would most probably not have saved it in the long run.

'The government is caught between the failures of the free market and the chaos about to be let loose.'

The government cares nothing for the potential 20,000 British jobs at risk or the 25,000 Carillion jobs overseas or the threat to the pension scheme or pensioners. What the government cares about is its ideological commitment to the so-called free market and its “principle” of non-interference in bail-outs of failing companies. It is also firmly in the straitjacket of EU financial rules which prevent state assistance.

In the government’s own ideological mind-set, it should let Carillion go to the wall. In reality the government cannot contemplate the possible collapse of the £1.34 billion HS2 rail contract recently awarded to Carillion, intended to prop it up. Instead the government act to safeguard HS2 and avoid shock waves which would rip through their industrial strategy and British manufacturing.

Carillion’s public sector contracts are widespread – including hospitals, schools, prisons, railway maintenance, and armed forces services. All are at risk.

The government is caught between the failures of its free market philosophy, the failure of its decades-long outsourcing strategy and the subsequent chaos about to be let loose in the public sector areas that depend on these outsourced services.