Chuck Chequers: the single market by another name 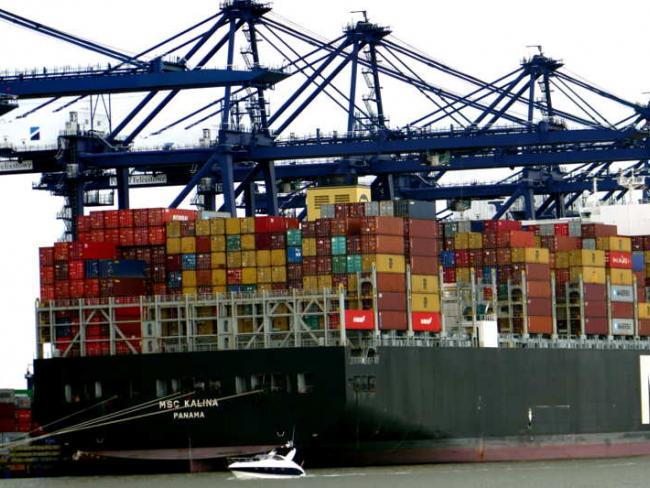 Chequers: the single market by another name: why the Chequers plan only compounds the UK’s trade disadvantage, by Ewen Stewart and Brian Monteith, 24 pages, Global Britain, 22 October 2018, downloadable for free.

This is a devastating critique of Theresa May’s Chequers plan written by Ewen Stewart, an economic consultant and director of Global Britain, and Brian Monteith, a communications consultant.

The authors show that despite the innocuous wording of the Chequers proposal, the legal result is clear. “Chequers means the UK is bound by common rules that exclusively emanate from the EU with the UK having no say whatsoever in their framing. It is not a partnership of equals.”

Parliament would effectively be forced to accept and apply whatever the EU proposed and bound by European Courts of Justice rulings. The government proposes to put this into international law, so that future governments have no way to change it.

The authors go on to point out that worse still, compromises in the Chequers plan are unnecessary. “The UK’s government is caught in the headlights of continuing establishment campaigning that accepts membership of the Single Market is so critical it must be preserved despite the referendum and manifesto outcome...this is a major fallacy that needs challenging as under the current arrangements the UK’s trade is being materially hamstrung. The Single Market and its common rule book are not blessings but form a curse.”

Our goods exports to the original Single Market countries grew by less than 1 per cent a year between 1993 and 2015, while our exports to countries with which we trade on WTO terms grew by almost 3 per cent a year. We have a surplus with the USA and a broadly even position with the rest of the world, but with the EU we have a £96 billion deficit. We are failing where we are locked into the failing EU Single Market and its common rule book yet succeeding with the rest of the world.

We do not need to be in the EU’s Single Market to trade with it. The authors point out that China, the US and Australia trade freely and successfully with EU nations and without any special trade deals. “All countries need to comply with Single Market regulation, just as all countries exporting to China have to accept its local standards, but there is open access to trade for all nations outside the EU.”

In summary Stewart and Monteith say that the Chequers proposals effectively mean remaining in the EU single market. They will result in the UK being obliged to incorporate all new EU legislation and court decisions into UK law relating to the single market and much more – environment, climate change, social and employment law and consumer protection.

They continue “...[this leaves] little scope to adopt any meaningful independent policy. Worse still, it will all be signed into international treaty making it very difficult to unwind. …Chequers is playing with fire. It ties the UK to a failing bloc, makes the UK a rule taker with no say on new law, severely hampers the UK’s ability to strike new trade deals and with near certainty ensures that the UK is locked into a system that harms our trading relationships in the long term given it would be enshrined in international law.

“On top of this the Chequers proposal is in bad faith as it clearly contravenes the referendum result that was subsequently backed up by solemn manifesto pledges. Ignoring the stated and implicit promises to accept the public’s decision and deliver a Brexit that meant leaving the Single Market and Customs Union would do untold damage to the democratic process.”

So, the authors urge us to chuck Chequers. They conclude that it’s in the EU’s interest to agree a zero-tariff deal with the UK. “There are many reasons for this but the primary one is simply because the EU sells more to the UK than the UK sells to the EU. It would be nonsensical to undermine its own trade particularly at a time when EU growth is so weak.

“If, however, the EU refuses to do so within reasonable timeframe, the UK should leave the EU without a formal agreement on 29th March 2019, relying on WTO rules and striking free trade deals with our global partners. This outcome would be far better than what the Chequers Plan offers because the UK would otherwise be saddled with a current marginal influence on Single Market regulation (12% vote in the Council of Ministers) for no say in regulatory framework at all while having to accept free movement of people.”