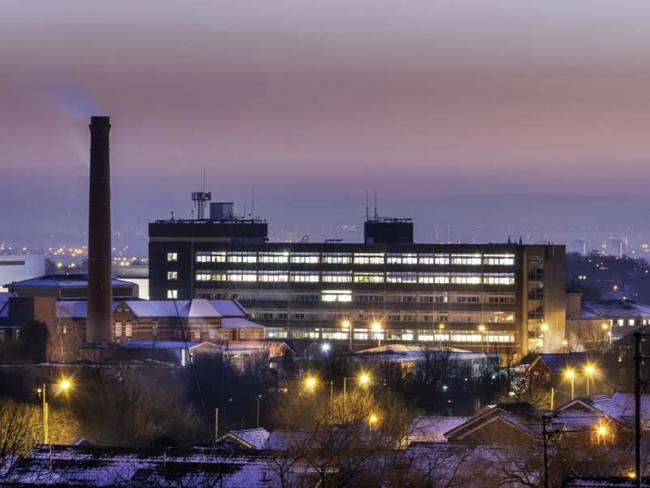 Politicians are pressing ahead with internal devolution in England, using diktats to get round rebuffs at the polls…

There’s been very little support for splitting up England whenever it has been put to the vote. Two years ago the people of Manchester voted not to have an elected mayor. They could not see why they needed yet another politician. In 2004 people in northern England voted overwhelmingly against devolution. Only Bristol has been tempted, but that’s not turning out to be too popular.

Those views have been ignored. On 23 June last year, at a conference in Manchester, George Osborne said, without apparent shame, “Every northern city needs a Boris Johnson to fight their corner on the world stage.” He went on: “...I am starting the conversation about a serious devolution of powers and budgets to northern cities.” The offer is open “only to any city that wants to move to a new model of city government…and have an elected mayor”.

The “conversation” turned out to be a one-sided discussion behind closed doors. The chief executive of Manchester Council was told by Osborne to hammer out a secret deal with Whitehall on devolution for Greater Manchester. On 3 November the details were announced (see Box, below). Michael Heseltine claimed “English devolution is now unstoppable”.

The so-called DevoManc agreement devolves responsibilities from central government to the new Greater Manchester Combined Authority. This happened without any pretence of democratic process. There was no vote, no consultation, no White Paper and no parliamentary debate or other democratic scrutiny.

This goes beyond anything on offer to Scotland. Nicola Sturgeon and the SNP will have taken note. A second vote on Scottish devolution is now a more likely possibility.

Together central and local politicians are contemptuous not just of the public (ie the working class) but of Parliament too. Before the general election Osborne will have cut a third of what cities receive from central government. Those with devolved powers will have the task of managing that pain.

There were promises of a high-speed rail network, improved cross-Pennine trains and roads, and investment in science. Manchester will have control over property taxes and the northern regions would have the right to tax revenues from shale gas when exploited.

All of the investment is much needed, but it’s not new money. Local property taxes will be clawed back by greater reductions in central grants. Once built, new scientific institutions will have to compete for a share of much reduced national funding. Each separate region or city will try to undercut or swallow its neighbour. None of them will create or support a national plan for transport, education or research.

Last December Osborne announced the setting up of the Sir Henry Royce Institute for Advanced Materials Research & Innovation in Manchester as part of the government’s “northern powerhouse” propaganda. Scientific advances and Nobel award-winning research into graphene at the University of Manchester underpin that new institute. They were possible because of national funding.

Breaking up Britain into small parcels, splitting control of national resources and reliance on private funding will make it less likely that such high-quality and pioneering work will happen in future.

Devolved funding creates nothing new, adds no value and is frequently a smokescreen to reduce funding rather than increase it. Those welcoming DevoManc or its siblings to follow should be challenged to explain how a split in funding can benefit the country as a whole.

It has not taken long to see how this drive to localism will manifest itself. On 27 February it was announced that DevoManc is being used to further break up the NHS and to take away everything that makes it a national health service. Greater Manchester began to take control of a local health budget from this April. The region’s councils and health groups will take over £6 billion allocated for health and social care, with full devolution planned by April 2016.

Everyone knows of the problems that can arise in the gap between health and social care. And most people who have experienced this realise that inadequate funds for either or both are the root cause. Osborne acts as if no one had thought of joining up health and social care before now – hoping that no questions are asked on the overall funding and the creation of a Manchester Health Service in place of the National Health Service.

Dr David Wrigley, a GP in the North West and a member of the BMA Council said “Local patient groups, local GPs, local NHS staff, local MPs, national medical organisations, and patient groups...need to ask where the consultation was and why democracy has been sidelined. They need to ask what the implications are for their care and what happens when local authority budgets are cut further in coming years.”

There are potentially around 30 geographical footprints in England similar to Manchester. Running alongside the Manchester Devolution is a national programme for Health Services of 29 “vanguard integrated care pilot sites”.

These have already been approved with authority to configure services in line with local requirements without obligation to take note of any national strategy.

Local leaders will see that a future secretary of state for health has no legal responsibilities for targets or performance monitoring. There will be no workforce strategy or associated planning, no national capital programme, no planned preventative maintenance or modernisation strategy. Such leaders might easily conclude that central government, having no purpose other than resource allocation, ought to just delegate in full the necessary finance and associated powers. That will lead to chaos and corruption and it will do nothing to train the legions of doctors and midwives politicians are fond of promising.

All this will be in place across England by April 2016, including powers to appoint local secretaries of state. An “in or out” referendum on the EU may follow soon after. We need to consider the implications of localism and the break-up of national institutions for national sovereignty.

A national system of socialised health care in Britain comes to an end once this programme is fully implemented. We need to think about the ideological implications of this “loss of conscience” by the working class.

What makes us stronger

A united Britain is important for workers. It’s not about chauvinism or jingoism. It’s simply that an independent Britain will make us stronger as a class and therefore more able to defend ourselves against naked profit making and more able to create the future we want.

Dividing Britain would make us weaker, not stronger. Last September the people of Scotland voted decisively to stay part of Britain. The wish for unity and opposition to division is as important in the regions of England as it is in Wales or Scotland.

England, Scotland and Wales provide us with one border and a common language – an excellent starting point for a working class future. We also have a shared history and culture. This must be the basis for our relations with other independent European nations