Skip to main content
Home » News/Views » Dunkirk: the film and the book

Dunkirk: the film and the book 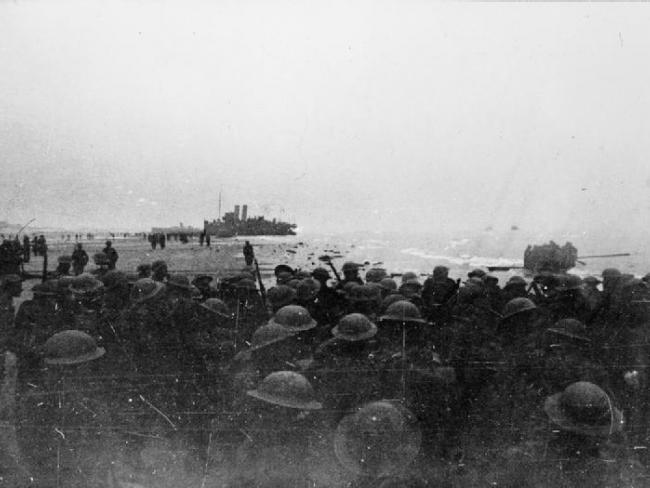 Christopher Nolan’s film Dunkirk, released this summer, is an evocative but unusual portrayal of the evacuation of the British and French armies from the French port in June 1940.

Joshua Levine’s fascinating book goes beyond the military events to give a more complete picture of why Dunkirk is of such singular importance to this country, Europe and the world.

Apart from occasional shots of enemy airmen and a short episode near the end of the film, we never see the German troops surrounding the British Expeditionary Force (BEF) as it struggles to escape encirclement.

Nolan said, “When you look at the first-hand accounts, close contact with the enemy was extremely sporadic for most British soldiers. I wanted to put the audience in the boots of a young inexperienced soldier thrown into this situation, and from the accounts, they did not stare into the eyes of the Germans.”

Instead we have a sense of the intensity with which the soldiers yearned to escape; the naval forces struggled to create a way out of the seemingly hopeless position and the deadly air war that was being conducted, largely unseen, in the sky above.

Nolan engenders a deep claustrophobia on land, in contrast to the wide open spaces of sea and sky that form the backdrop to the multiple, individual efforts to survive. Key characters are trapped on the beach; trapped in boats and on ships; trapped in planes. Some of them know that their role in helping others escape means they are likely to remain after all others have gone, trapped by the Germans along with the French troops still fighting.

Christopher Nolan references the heroism and the extraordinary feat of saving hundreds of thousands of men but acknowledges too, that amongst so many men baser motives and characteristics would have surfaced. Some of the main players in the film are portrayed in an ambiguous light.

As in his earlier films, such as Memento, the director shows the same moment from the differing perspective of participants in the same action. This creates clashing emotions as what appears success from one point of view rapidly becomes tragedy from another.

Film and book are linked. Levine worked as an adviser to the film and Nolan drew many of the characters from the accounts and firsthand interviews recorded for the book. Levine uses firsthand accounts to explain how British troops and the people back home saw the events of Dunkirk unfolding. But, as he explicitly stated, his job as a historian requires far more than that to make the end of the “Phoney War” and the strategic value of Dunkirk understood.

He places the events of the ill-fated British intervention in France and Belgium in 1940 in the context of the lead-up to war, drawing on the work of the Mass Observation social research organisation, and diarists in the UK, Germany and the USA. Perhaps an insight into French class thinking as well would have enhanced the work. The unstable morale and leadership of the French armed forces was a critical factor in the fighting that preceded Dunkirk.

‘Soldiers were surprised by orders to retreat after successfully holding off German attacks.’

Levine’s book gives us seldom-referenced insights into how the BEF found itself backed into a perilous predicament in less than a month of fighting in Belgium and France. For all its faults, the BEF held its own in fighting on the front in Belgium. Many soldiers were surprised by the continual orders to retreat after successfully holding off German attacks. But many of them did not know that the French army had been routed at Sedan and the German Panzer tank armies were racing to cut off retreat by securing the Channel ports.

Worse still, divisions within the French command and political elite had a terrible effect on the French armed forces. The French Air Force was in large part refusing to defend their own tank armies against the Luftwaffe. De Gaulle’s tank divisions were superior at this time to the German tank forces but were being decimated by German air attacks.

Levine notes that the French prime minister Paul Reynaud told Churchill in mid-May, shortly before the evacuation, that his government would leave Paris for Bordeaux. The brave but unfortunate Reynaud would soon be sacrificed, arrested there by his collaborationist successor Pétain, then imprisoned by the Germans.

Levine’s research into Britain is an eye-opener too. The political position was parlous at the fall of France and Belgium. Senior Cabinet members advocated collaboration and capitulation. If the Dunkirk evacuation had not managed to bring back over 300,000 troops, it was almost inevitable that Churchill, recently appointed as prime minister, would have been ousted and the new government would have sued for peace.

This is a fascinating book, going beyond the military events to give a more complete picture of why Dunkirk is of such singular importance to this country, Europe and the world.

[Correction: Paul Reynaud was not executed as the article originally stated. He was liberated on 7 May 1945 and lived until 1966.]