The EU barrier to control of our railways 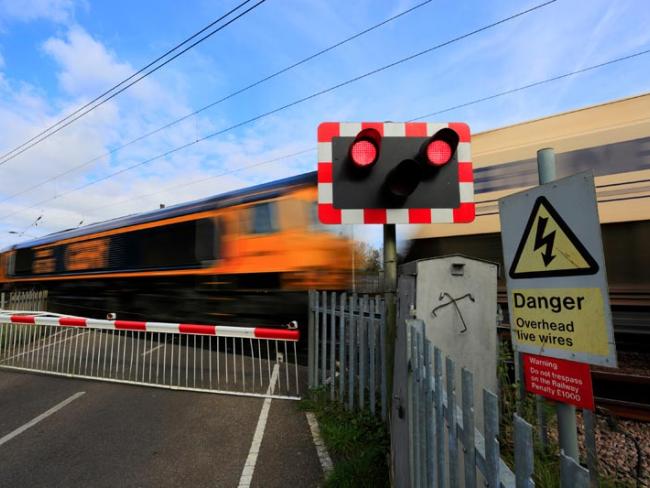 Many in Labour, the TUC and the Remain-leaning unions contend that EU membership does not prevent the renationalisation of rail. The reality is very different…

The Labour Party has made much of what it describes as its “flagship policy” to return Britain’s railways to public ownership. This policy is supported by all the rail trade unions and the TUC.

The problem is that inside the EU, Jeremy Corbyn’s plan to renationalise the railways would certainly be deemed unlawful – and that is before the bundle of directives and laws known as the Fourth Rail Package (see below) is agreed and implemented. He would then be faced with the impossible task of convincing all member states to change EU treaties and laws.

In fact despite its election pledge to respect the referendum result, Labour is now sliding towards supporting continued membership of the EU, with pro-EU rail unions Unite and TSSA pushing it hard in that direction. But it’s a direction that would doom Britain’s railways to eternal privatisation.

‘The market and competition come first, last and middle.’

With good reason the EU has been described as a form of neoliberal government writ large, crushing democratic rights of peoples beneath the higher law of the market. The market and competition come first, last and middle. EU law always sides with capitalism against the interests of workers, as evidenced by the infamous Viking and Laval cases.

The single market is defined in the Single European Act of 1986 as “an area without internal frontiers in which the free movement of goods, persons, services and capital is ensured.” No wonder then that the EU is so popular with finance and monopoly capitalism here in Britain, because of the constitutional protections it provides to them.

The late RMT leader Bob Crow was clear about the threat posed by the EU. He attacked the EU’s “Fourth Rail Package”, which aims to enforce the fragmentation and privatisation of domestic rail services across the EU, including the compulsory competitive tendering of rail passenger services and separation of infrastructure and operations.

He pointed out that the EU’s proposals to create a Single European Rail Market would entrench privatisation in the UK and reverse gains that had been made recently. Make no mistake, he said, “the intention of the Single European Rail Market will be to encourage a widespread attack on the jobs and conditions of rail workers and to use social dumping to encourage a race to the bottom of rail workers’ conditions.”

Accordingly RMT advised its members to vote Leave in the referendum, saying that “EU laws will make it impossible to bring all of rail back into public ownership.”

The current RMT general secretary, Mick Cash, said before the vote that the failed Tory privatisation of rail over 20 years ago using EU directive 91/440/EEC was now being imposed on 500 million people by EU diktat without a mandate.

“This rail package is designed to privatise railways across Europe and its proposals are remarkably similar to the McNulty report on the future of GB railways, imposing further fragmentation and attacks on workers…

“It is impossible to make changes to this privatisation juggernaut inside the undemocratic EU so the only solution is to get out by voting Leave on June 23.”

Aslef General Secretary Mick Whelan said, “The Fourth Railway Package will…force a structure which has been an abject failure in this country on the rest of the EU. It will remove any chance of a future British government establishing an alternative way of running the railway here”.

Even the pro-EU union TSSA opposed the package “because the Union’s policy is one of support for public ownership which would be impossible if these proposals became law across the EU.”

Of course the Fourth Rail Package has not been implemented – yet! There is little doubt that it will be, albeit with some amendment, but the core aims will still be there. It’s the latest in a series of directives that have enforced a separation of infrastructure and operations and opened both freight and international passenger services up to competition.

True, the EU does not specifically ban state-owned or publicly owned railways – Brussels says it has no policy on privatisation. But then it doesn’t need to. EU directives are driven by two key aims – “liberalisation” and “competition”.

The Office for Rail and Road (ORR), the British rail regulator, comments that the EU aims to create a single, efficient and competitive market for rail throughout Europe – opening markets, promoting competition, and tackling barriers to market entry.

The EU in its previous incarnation as the EEC issued its first directive (91/440/EEC) back in 1991 – indeed, this was the blueprint used by John Major for the Tory government’s privatisation of Britain’s railways from 1994 to 1996, an enterprise that Thatcher had put in the “too difficult” box. Britain was the first to abolish its own state owned railway corporation, and only Sweden has followed suit.

This first directive decreed the separation of infrastructure from train operations, and with the express purpose of creating a competitive market. Inevitably, this has meant private operators running trains in competition with each other and with publicly-owned operators, driving costs down principally by attacking workers’ pay and conditions – the race to the bottom referred to by Bob Crow.

As a consequence state-owned railway corporations across most of the EU have been pressured to become more commercial, and act like private companies. This means that they have elbowed out or even gobbled up many smaller private players and diversified beyond the railways, especially into buses and trams. German state railway DB bought British firm Arriva and much of Britain’s passenger trains and buses. It even runs NHS ambulances.

These state-owned corporations now dominate the British passenger rail franchise system as well as gaining significant contracts in many other countries. And they are often just as rabid as the private sector in their attacks on workers, especially outside of their own countries. Once the element of competition is introduced, pressure builds on employers to cut costs to stay competitive – and the easiest way to cut those costs is at the expense of the employees.

And many of those state-owned rail corporations in the EU have been prepared for future privatisation, with at least parts of the companies being sold to private shareholders. Many smaller countries’ state-owned firms no longer run freight trains as their freight arms have been taken over by bigger countries’ state railways, another consequence of competing operators.

Subsequent “packages” of directives have reinforced the position and, as has been shown on a number of occasions, the competition has not only led to attacks on workers’ pay but also on safety. Directive 2012/34/EC explicitly provides for member states to go beyond the requirements of the directive in “liberalising” their railways. Further details of the EU law relating to rail can be found on the ORR website.

“M reading of the fourth rail package is that it categorically seeks to dismantle incumbent state monopolies in other EU countries.”

Nicole Badstuber, a researcher in urban transport governance at the London School of Economics and UCL, says: “my reading of the fourth rail package is that it categorically seeks to dismantle incumbent state monopolies in other EU countries. This rules out reinstating mainland Britain’s old state monopoly, British Rail [Badstuber’s emphasis]. While public sector organisations will still be able to run rail services, any service or route will need to be contracted out and not simply awarded.

“By liberalising the European rail industry, the fourth rail package is continuing a longstanding EU objective. The EU appears to share the British ideological mindset of the 1990s that led to a fragmented rail network and privatisation. It is arguing for this under the mantra that competition will bring better and cheaper services for passengers. …The EU package may not strictly require privatisation but it is definitely designed to create an environment conducive to this.”

The terms of the current government’s review of the broken rail franchising system clearly show its commitment to retaining and extending private ownership in the industry. No country in the EU has yet tried to reverse a privatisation. To do so would be to move in the polar opposite direction to that of the EU.

Once we leave the EU, a change in our own national policy is all that is necessary to allow renationalisation. Britain’s people will have it in their power to bring about changes that will be in the interests of workers. But if Britain is still either in the EU, or tied to the EU single market or its rules, then the task will be impossible.