EU: no friend of workers 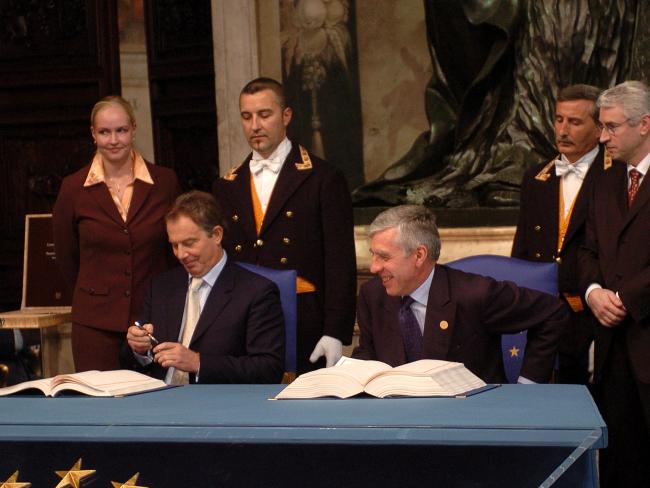 This excellent book lays bare the aims of the EU and its methods. Britain has left the EU, but it is still trying to force its world view on us through the transition period.

Richard Tuck makes the key point that “The central fact about the EU…is that it creates a written constitution and ancillary juridical structures that are extremely hard to alter.” As he explains, “…the EU Constitution, its treaties, can only be changed by unanimous agreement of the member states, which renders significant amendment almost impossible.”

Tuck is the Frank G. Thomson Professor of Government at Harvard University. His view is that this resistance to change is very much the EU’s purpose: “Popular politics is precisely what the EU was designed to obstruct. Like independent central banks, and constitutional courts, it is essentially technocratic.” As Labour’s Aneurin Bevan said in 1957, the EEC represents “the disenfranchisement of the people and the enfranchisement of market forces”.

Professor Tuck questions the assumption behind pro-Remain thinking that the EU is fundamentally different from multinational trade agreements like the Transatlantic Trade and Investment Partnership and the Trans-Pacific Partnership which are reshaping the global economic order.

He says, “While many leftists have clear and well-thought arguments against such trade partnerships, they give their unconsidered support to the EU, though it suffers from all the same failings and more.   in practice the EU subordinates its concern with workers’ rights to its concern to maintain the freedom of companies to shop around within the EU for the weakest regimes of labour protection.”

In sum, Tuck argues that membership of the EU was itself Britain’s Free Trade Agreement, and the EU also decided all questions of trade with the rest of the world for Britain.”

As a result, “…the British Left risks throwing away the one institution which it has historically been able to use effectively – the democratic state – in favour of a constitutional order tailor-made for the interests of global capitalism and managerial politics.” And the development of EU law “…has consistently undermined standard Left policies such as state aid to industries and nationalisation.”

‘Anyone who embraces the EU is embracing capitalism.’

All of which shows that the self-styled “left” does not actually want socialism: it is quite happy to embrace capitalism, so long as that capitalism calls itself internationalist. But anyone who embraces the EU is embracing capitalism – however they describe their politics.

The EU’s famous “four freedoms” all assist capital against labour. As Professor Tuck remarks, “the free movement of people in the EU, as well as of goods and capital, almost necessarily entrenches markets rather than collective planning.” Capitalist governments realise this, even if EU supporters don’t.

Professor Tuck argues that although democracy and socialism require a state, the EU would not be a democratic state at the supra-national level. But it is “…powerful enough to destroy the old democracies at a national level, in the process handing capitalism a freedom it has always desired.”

Crucially, as he observes, “the creation of the National Health Service…would have been impossible in a country with strong constitutional constraints on the legislature, since it required large-scale expropriation of private property in the shape of the old endowed hospitals. That is a major reason why so few countries have adopted the NHS model: in most of them it would have been illegal, just as similar proposals would be illegal in the EU today.”

So Professor Tuck argues that a future Labour manifesto would “…have to read something like the following: ‘If elected, we are committed to introducing state aid to industries in deprived areas outside London in order to redress the damage done by years of free-market policies, as long as we can find some first-rate lawyers who can persuade a court over which we have no power to see the justice of our arguments, and failing that we are committed to abandoning our policies.’”

The EU threatens not just Britain’s independence but our unity as a country. Tuck notes “the judgment of the SNP leaders themselves that continued British membership of the EU offers the best route to independence.”

But the British working class has beaten back the twin threats of devolution and absorption into the EU. Just as the Johnson election victory confirmed our majority democratic decision of 2016, so our 2016 decision confirmed the Scottish people’s 2014 rejection of secession.

Professor Tuck concludes, “The vote in the [2016 EU] referendum was a vote on a constitutional issue, and questions of policy have now to be decided within this new framework – though the framework allows a very wide range of options.” Indeed, the British people now have a wonderful opportunity to build a successful, independent country.