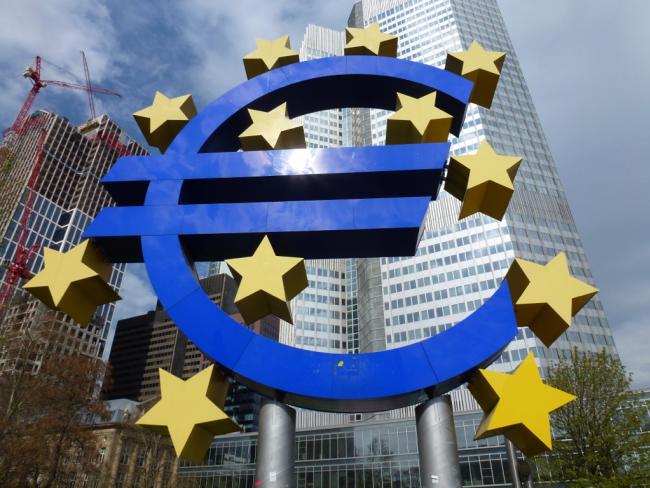 The Eurpean Central Bank - at the heart of the EU, the euro and economic integration. Image www.solvencyiiwire.com (CC BY 2.0)

The EU’s financial weakness during 2007-2010 and 2013-2014 reappeared between December 2018 and January 2019 following the “shock” announcement by the European Central Bank that growth would be lower than expected – and inflation higher. That brief period barely a few weeks ago was a timely dress rehearsal for what is to come.

The data revealed in December 2018 show that the EU’s financial fractures since 2007 have not even started to mend. Among the items that have come to light since then is the news in March that the German banks Deutsche Bank and Commerzbank are in talks to merge. That action is born out of extreme financial weakness.

Recent EU rumours suggest an urgent need to discuss important “cost and political considerations” of recent financial events. Broadly translated, the flash financial meltdown at the turn of the year has once again shown that rising interest rates are disastrous for the European Central Bank. Even modest movements upwards would bring ECB close to bankruptcy and to collapse the euro currency.

In panic, the EU Commission now wants further integration, an “advance” which it calls “Flucht nach vorne” – which translates roughly as “escaping ahead”. This escape will entail the operational liquidation of EU countries by bouncing their populations into complete economic and monetary integration.

Effectively this will be an “enabling” event, already pencilled in for the period following the EU parliamentary elections at the end of May this year. No doubt when this plan is put into effect, the occasion will be turned on its head and marketed as an administrative tidy up and a sign of the EU going from strength to strength.

As part of these preparations in mid-March the EU gave itself regulatory powers which could ultimately compel one of the City of London clearing houses to move to the EU bloc. A clearing house acts as an intermediary between buyers and sellers of financial instruments, including those instruments that prop up the “integrity” of the euro.

"The City of London in effect keeps the EU currency alive."

The City of London dominates the market for clearing euro-denominated trades. In effect it keeps the EU currency alive. Hence the EU’s desire with Brexit happening to transfer the City’s financial clearing house expertise to euroland. That’s much the same as happened with other aspects of our commercial and manufacturing expertise that have been switched in the past.

The British government’s response must be the complete removal of all embedded EU institutions that covertly act as enforcement agencies here in Britain and which facilitate the transfer of our expertise to the EU.

The EU supervisory authorities – the European Banking Authority, the European Securities and Markets Authority and the European Insurance and Occupational Pensions Authority – were all set up at the start of 2011 with a clear financial aim: to prop up the euro. They were also designed to undermine Britain’s desire independence at every turn and to promote the ever-closer union of Europe.

So these organs and their local regulatory agencies must now be pulled up like weeds and removed from British soil. The Withdrawal Treaty touted by Theresa May and the Labour amendments amount to the same thing, namely an Association Agreement. In reality that puts Britain in a pre-euro detention cell.

• Last year banking expert Bob Lyddon wrote a thorough forensic analysis of the euro entitled The Euro’s Battle for Survival Entering the Red Zone. It shows how nearly all the euro participants have continued to be drained of their economic substance and now face the imminent liquidation of their country’s political identity.

Lyddon explains the view of EU “centralisers” that the single market and customs union cannot work properly and be complete until all member states join the euro. And to go with that loss of national independence, they believe there must also be fiscal and budgetary union and a debt-sharing mechanism. In short, the EU would become a state and the member nations mere regions.

The analysis is an honest and refreshing piece of research, and a version can also be found on the Bruges Group website.