Skip to main content
Home » News/Views » Fishing: where is the Brexit dividend?

Fishing: where is the Brexit dividend? 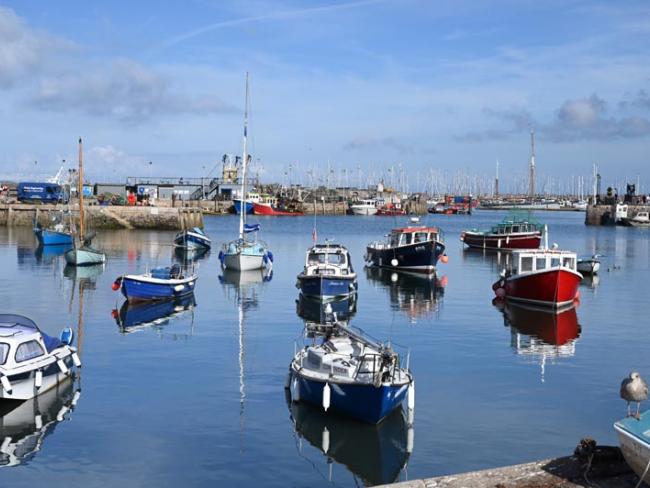 Brixham, Devon: pretty as a picture, but failures to secure the benefits promised by Brexit and to invest in facilities for port repair and maintenance have clouded the horizon. Photo Anna Jastrzebska/shutterstock.com.

Free agent or not after leaving the EU, Britain’s fishermen are still bound in legal chains, locked into another five years (at least) of outrageous concessions ceded in the government’s agreement with the EU…

Britain is now an independent nation. A “newly independent coastal state”, in the government’s formulation. Last winter saw, for the first time, a fishing deal with the EU in which Britain was able to act as a free agent.

But free agent or not, Britain’s fishermen are still bound in legal chains. The 1,200-page fisheries annex to the Trade and Co-operation Agreement, concluded in January of this year, falls short of the hopes of the fishing industry, and those who supported them.

On the plus side, the EU’s bid to fix access to British waters and consequent quotas in perpetuity was quashed, though EU boats will continue to have access until the end of June 2026. Only then will Britain have the right to exclude them. Quotas are to be negotiated annually, with increases in the British share to be phased in.

The quota that boats from the EU may catch in UK waters will be reduced by 15 per cent in the first year, and then by 2.5 per cent each year after that. And quotas don’t consider the realities of fishing at sea: it is perfectly possible for a boat to catch its annual quota of a species in a day.

Quotas are worked out species by species. The quota for Channel cod, for example, remains unchanged, leaving EU boats with more than 90 per cent of the catch.

“Additional quota shares secured from the EU came nowhere close to what any self-respecting coastal state might expect as their legal right,” declared the National Federation of Fishermen’s Organisations in September, nine months after the new agreement came into force.

The association has published a Brexit Balance Sheet with eight demands to safeguard fisheries to 2026 and beyond. Crucially, these include developing a strategy for a “major renegotiation” of the agreement in 2026.

Under the United Nations Convention on the Law of the Sea, Britain – now that it is out of the EU – has sovereignty over its Exclusive Economic Zone (EEZ). Previously that EEZ was pooled with those of the other EU member states to form “EU waters”. The UN convention states that a “…coastal State shall determine the allowable catch of the living resources in its exclusive economic zone”.

That zone extends 200 nautical miles from Britain’s shores, or the median line where another country’s shores are nearer. This doesn’t include the area from the shore to 12 nautical miles, known as our territorial waters.

Since January, several developments show that waiting for 2026 is not an option. It would compound the damage that the EU inflicted on our fishing fleets, and more will leave the industry.

In addition, the  failure to negotiate agreements with Norway and the Faroes for 2021 – included in the Brexit Balance Sheet demands – restricts our access to Arctic cod and has led to those countries unilaterally declaring massive increases in their mackerel quota for the North East Atlantic.

In May the French threatened to cut off power to Jersey during a dispute over access to fishing grounds. Those threats have been revived more recently, as France adopts an aggressive posture over fishing rights.

Jersey, the focus of the row, licensed 47 fishing boats to operate earlier in the year and has now added an additional 64 full permits and 31 temporary ones. These concessions do not seem to be enough for President Macron.

France has now added to its threats to cut off energy supplies. It is now threatening to block the Channel Tunnel, and to refuse to cooperate with arrangements to police the people-smuggling from the north-east French coast to Kent and Sussex. But then the record numbers of people arriving in boats this year (4,500 on 160 boats known to have crossed in September alone) has always thrown into question France’s will to do anything about the problem.

Several EU member states have signed a joint statement attacking Britain on the question of licences. This underlines what we always knew: that the EU would not willingly give up exploiting British waters .

And while some of the signatories of the statement are predictably those countries which border the North Sea and English Channel, the presence on the list of Latvia, Lithuania and Malta is revealing. The Lithuanian-registered trawler MV Margiris, for example, achieved notoriety for plundering fish stocks.

The EU is far from united on the question, though. France’s aggressive posture has embarrassed other states, with one source quoted anonymously in the Daily Telegraph as saying that the French are demanding “more licences than there are fish in the Channel”.

The indisputable reality is that the new agreement is not bringing the gains British fishermen expected – not least as regards inspections.

On the environmental questions that have bedevilled the industry, whitefish stocks are at their best levels ever. The government claimed they wanted a “co-managed” approach to fisheries, in which government and the industry would work together. No longer would policy be imposed from Brussels, but would be made in consultation and co-operation with fishing organisations.

But the government continues to hide behind environmental excuses to restrict further British fishermen, rather than going after the exclusively EU-owned supertrawlers that lay waste fish stocks and the seabed with methods such as fly-shooting.

With no support forthcoming from government, small fishermen and others have formed an alliance with Greenpeace, demanding an immediate ban on supertrawlers in Britain’s ten offshore Marine Protected Areas in the English Channel, and a ban on pelagic (deep-sea) trawlers over 55 metres in the entire English Channel and the southern North Sea.

One thread in the argument over fishing has been that Britain eats little of what it catches. True, much is exported, not just to the EU, but worldwide, taking advantage of freezing and preservation techniques.

This is not a matter of ignorance on the part of the population, though you might think it is to listen to some of the media chefs and cookery writers who hold forth on the subject. The fact is that stimulus is needed at all stages in the supply chain from the sea to the consumer’s kitchen, and more independent fishmongers should be encouraged.

Seafish, or the Sea Fish Industry Authority as it is more formally known, has launched social media campaigns to encourage people to eat more fish. But, while these may be lucrative for the agencies which pick up these contracts to run these campaigns, web page and social media hits alone are not enough.

Certainly, the Covid-19 pandemic does not appear to have had any kind of a permanent negative effect.  Seafish’s most recent quarterly review, covering January to March 2021, shows a remarkable return to pre-Covid levels of activity in sales in fish and chip shops. In a quarter which is usually quiet for food outlets of all types, visits to these shops exceeded by far those to other fast-food outlets such as those selling hamburgers and pizzas.

Visits were only 0.2 per cent below the same period of the previous year. In the early stages of the pandemic, fish and chip shop visits had been down 77 per cent (April to June 2020 compared to 2019).

There has been much hand-wringing by politicians and the media about the plight of coastal communities. But it is precisely politicians who are to blame for the blights caused by declines in fishing, ship-building and seaborne trade – all linked to poor housing, education and employment opportunities.

Many of these towns have been used, by councils far away from them, as dumping grounds for undesirable tenants, with former hotels and bed and breakfasts turned into so-called Houses in Multiple Occupation (HMOs). This has resulted in poor quality housing for large numbers of transient people, often with multiple physical and mental health problems, including drug use and dealing, and other anti-social and criminal activities.

Running a fishing boat is a complicated and costly undertaking. Better finance and credit arrangements are necessary to stop the costs being prohibitive. And here (as elsewhere) financial institutions have not covered themselves with glory.

Fishermen’s organisations report prejudice and unwillingness to listen when they approach banks for loans. Indeed, many so-called high street banks have removed themselves from the high streets of coastal towns altogether, closing branches here, there and everywhere.

A revival of Britain’s fishing industry would not just be good news for fishermen and their families. It would breathe new life into coastal towns, boosting investment in the port and harbour infrastructure to support fishing.

It doesn’t stop there. Gear and ships need to be serviced and repaired, and boats fitted out with equipment. Failures to invest in this area were recently highlighted in Brixham. New boats are needed (under the EU many British boats were scrapped) and must be built. Crews need to be housed, fed and dressed, and new entrants to the industry trained.

Other sectors, such as transport, stand to benefit. Links to get fish to market need to be improved: rail, in particular, has been badly neglected. And there is fish processing, best carried out close to where fish are landed.

‘A revival would breathe new life into coastal towns…’

In the fish processing industry as elsewhere, big capitalist concerns historically failed to invest in modernising factories, equipment and processing, because the EU gave them a plentiful supply of cheap labour. Now they must face up to the necessity to pay wages that attract people to the industry, and modernise.

A series of measures are needed, all of which would provide new employment: the systematic modernisation of ports, harbours and other landing sites; research into, and the adoption of, new technologies in both catching and processing; and a new look at education and training for those entering the industry.

Our fishermen need to know they can fish as safely as is possible. Where the activities of Greenpeace interfere with reasonable fishing practices, they must be curtailed. Foreign vessels that recklessly seek to challenge British fishermen who are lawfully fishing must be prevented from doing so – and effective enforcement is key. A requirement that catches landed in British ports are landed from British-owned boats is a must.

Above all, a national, unified approach is needed. The devolution of powers such as inspection to fisheries authorities in the regional administrations, part of the Fisheries Act 2020, was a mistake, and continues to prove to be so daily. Fishermen’s organisations find themselves having to negotiate with multiple bodies for England, Wales, Scotland and Britain as a whole. That must end.

The cost of fishing
Fish take away
Deal - of a sort - on fishing
A truly independent coastal state?
Newlyn sets out new plans