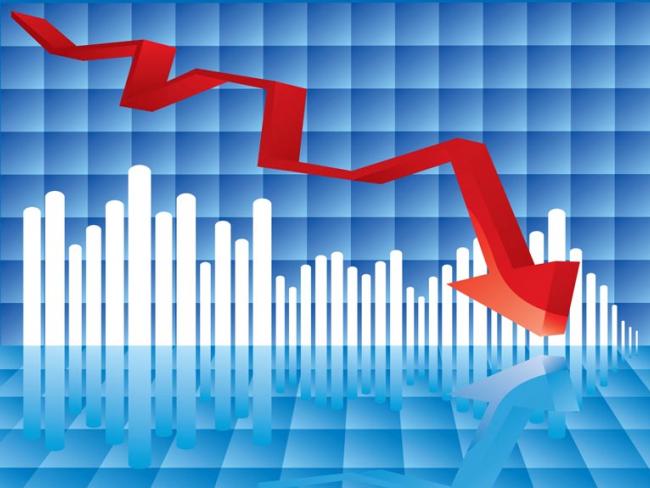 The June 2016 referendum result was entirely rational. It represented a sophisticated view of the connection between economics and politics.…

The push to leave the EU is driven by a desire for political independence and not short-term economic gains. But it makes sound economic sense too.

That’s because a slump is coming, though it is not down to Brexit, despite the claims of pro-EU propagandists. On the contrary, instability in the eurozone will worsen the economic climate.

But there is a political connection between Brexit and slump. The desire for an independent Britain started to intensify from 2007 onwards. This was at the beginning of capitalism’s financial collapse. This prompted the majority of the British populace to want to uncouple Britain from the EU’s ongoing failure.

Globalist reactionaries, the EU among them, have no meaningful political narrative because the problems of the 2007-2009 financial collapse will not go away. According to a survey released at the beginning of March three-quarters of the members of the US National Association of Business Economics felt a new recession will occur no later than 2021.

The timing of a downturn is not a given, but there’s no avoiding the conclusion that capitalism is in a precarious state. Firm evidence was provided late last year. The US Federal Reserve (known as the Fed) again raised US base interest rates.

At the time it said that more rate increases were in the pipeline. On that news the worldwide financial edifice began to once more show all the weaknesses that were apparent during the years following 2007.

By early December 2018 equity and bond prices had started to collapse by ten per cent or more. Financial markets feared that all central banks, not just the Fed, were about to significantly reverse quantitative easing (QE), the attempt to manage a way out of the last crisis by injecting money into the financial system. But QE stores up problems which emerge later on.

The markets fear that central banks will not only reduce the level of QE, but will also significantly reduce credit. This fear was already beginning to emerge in September 2018 when the EU’s European Central Bank (ECB) said that its own quantitative easing programme would stop by the end of 2018.

At the beginning of this year the Fed announced it was putting future anticipated interest rate rises on hold. That was completely opposite to its declared intention a month earlier. Shortly afterwards the ECB announced a similar about-turn in its own monetary policy. Both the US Federal Reserve Bank and the ECB were concerned about negative German industrial data and other economic indicators pointing the same way.

Outgoing ECB president Mario Draghi admitted on 7 March this year that central banks cannot solve the underlying problem of “pervasive uncertainty”. This has left EU policymakers groping in the dark

The flash financial meltdown at the turn of the year has once again shown that rising interest rates are disastrous for the ECB. Even modest movements upwards would bring it close to bankruptcy and collapse the euro currency. But low rates threaten the European commercial banks

‘The City of London in effect keeps the EU currency alive…’

In panic, the EU Commission now wants further integration. This will eventually entail the operational liquidation of EU countries by bouncing their populations into complete economic and monetary union.

No doubt when this plan is put into effect, the occasion will be turned on its head and marketed as an administrative tidy up and a sign of the EU going from strength to strength.

In preparation the EU gave itself regulatory powers in mid-March which could ultimately compel one of the City of London clearing houses to move to the EU bloc. A clearing house acts as an intermediary between buyers and sellers of financial instruments, including those instruments that prop up the integrity of the euro.

The City of London dominates the market for clearing euro-denominated trades. In effect it keeps the EU currency alive. Hence the EU’s desire to transfer the City’s financial clearing house expertise to euroland after Brexit.

The British government’s response must be the complete removal of all embedded EU institutions that act as covert enforcement agencies here in Britain and facilitate the transfer of our expertise to the EU.

Quantitative easing must eventually end, to avoid a repeat of a type of 1920s Weimar Republic financial collapse and hyperinflation. When it does, the indications are that euro bank funding costs will rise to unsustainable levels – a repeat of the credit crunch ten years ago.

The EU supervisory authorities – the European Banking Authority, the European Securities and Markets Authority and the European Insurance and Occupational Pensions Authority – were all set up at the start of 2011 with a clear financial aim: to prop up the euro. They were also designed to undermine Britain’s desire for independence at every turn and to promote the ever-closer union of Europe.

These organs and their local regulatory agencies must now be uprooted from British soil.

Unless we cut the ties to the EU in May’s Withdrawal Agreement and the alternatives proposed by Labour, Britain will be in an economic detention cell waiting to be absorbed into the euro.