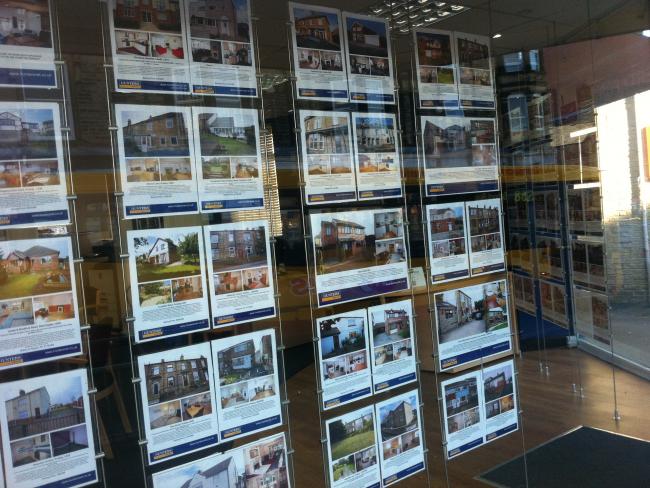 Estate agents are little use if you can't afford to buy or rent. Photo Workers.

It’s becoming harder for young workers to set up their own homes. According to official figures, the age that British adults become homeowners is increasing. This is due to rising house prices, static wages and low levels of employment.

Government spin tends to play up the rising number of mortgages and first time house buyers – and the record number of people in employment. Their own figures tell a different story.

The Office for National Statistics reported that it’s not until the age of 34 that more than half of the population owns their own home. In 1997 that age was 26; most of the change has happened since 2007.

Over the same period the number of adults aged from 18 to 34 living with their parents rose from 26 to 32 per cent. That’s now the most common living arrangement for people in that age group. And for those living independently, the decline in home ownership and social housing means that many more are living in private rented accommodation – 65 per cent of 18 to 24 year-olds and 42 per cent for the 25 to 34 age group.

“Pay has not kept up with house prices.”

House prices in Britain have skyrocketed. The average cost has risen by more than 2 and a half times since 1997. It might be added that of course pay for young workers, or any workers for that matter, have not skyrocketed to keep up with house prices.

Worse still, the proportion of young people in employment has dropped over the past 20 years. The employment rate increased for all age groups except 16 to 24 year-olds. ONS reports that it’s not until the age of 19 that more than half of people are in full-time employment.