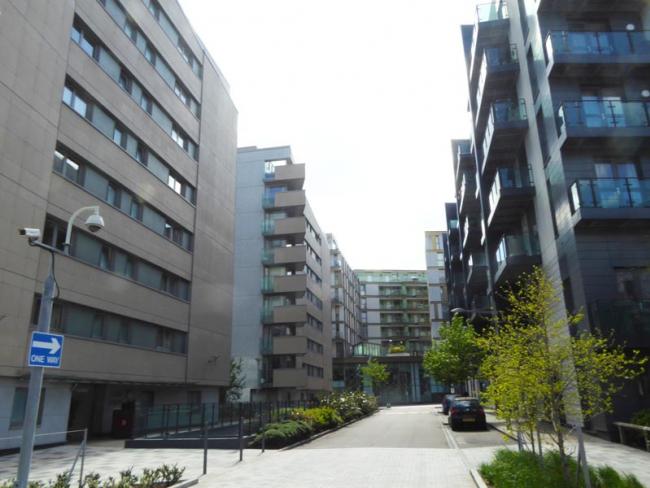 Housing in Britain is broken. It has come to be regarded as property for investment, from which huge profits can be made by taking advantage of the acute rise in demand for it in some of our biggest cities. Even some workers have become involved, buying property instead of fighting for a pension. Speculative investment by British and overseas buyers, along with uncontrolled migration, has driven up prices so high that most workers cannot afford to rent or buy a home in several of our big cities.

But housing is extremely important for the quality of life, health, and even survival. It must be restored to its proper use, not as an investment but as a place to live, to raise a family, and relax after a day’s work. We must have enough space in our housing for individuals to live in harmony without overcrowding, clean air to breathe around it, space for children to play, schools, health centres, and green places to take recreation.

London is already badly overcrowded, polluted and lacking sufficient amenities like health services. Every year it’s getting worse. Yet every scrap of land is being eyed up by developers, especially every green scrap, Local authorities are allowing the hated tower blocks to rise again, except this time much closer to each other, and with smaller units. Often made with cheap materials, they provide few amenities for families with children. In Barnet (NW London) a large office block is being converted into 254 flats with less than the national minimum standard of 37 square metres, some as little as 16 square metres.

In central parts of several big cities the developers build luxury living spaces for sale to overseas investors, blighting the landscape with empty towers. (See box on  Manchester, below.) Central and local governments if in doubt go for development, even on marshland, because developers offer them a deal they can’t refuse and claim they will provide “needed” housing. In fact the flats are just sold off to the highest bidder, often advertised overseas.

‘There are at least as many empty homes as homeless people.’

Meanwhile houses lie empty in the north of England, Scotland, Wales and also in the Midlands and southwest England in places where people would like to live, staying where their roots are, but there are few jobs. Many are falling to ruin, others disproportionally house old people, while the young leave for London and the Southeast, or a few other big cities, to find work.

And in rural areas, developers are still looking to take farming land and chunks of forest, woods and moors to build houses rather than use brown field sites, which are more expensive to clear and prepare for new buildings.

Where there is opposition to this relentless urbanisation, the mantra of “social housing” is used, though no one is quite sure what that means. It’s almost as if the policy were designed to keep young people from moving into the towns.

There are at least as many empty homes as there are homeless people, so we should make more rational use of what we have. Shelter says that in 2017 there are 279,000 long-term privately owned empty homes in England, and last year it estimated there were 250,000 homeless people.

There are 34,000 long-term private sector empty homes in Scotland. The Scottish Empty Homes Partnership aims to get these empty homes back into use – yet progress is very slow, since there is no connection with employment opportunities.

There are also many buildings such as hotels, pubs and shops, particularly in the small towns, which local councils seem powerless to compulsorily purchase from destructive property owners who let good buildings lie empty and go to rack and ruin until they become health and safety hazards. This should be treated as a criminal offence.

Young people brought up in the big cities are unable to pay the housing costs, so they have to move out, facing a long expensive commute. Those who need and want to move from one part of the country to another cannot because of the monstrous disparity in house prices and rents between different areas. Free movement of capital within Britain, both by developers and employers, has created a great divide between the Southeast and the other regions of the country, and between the biggest cities and the rest.

Any solution to the housing crisis and overcrowding in the cities must involve planning and regulation of the entire economy in the interests of workers. We need to bring jobs to the rest of the country so that workers can live there and invest in the existing and new housing stock. We must reconnect London and Southeast England with the rest of the country, take down the Great Wall of expensive housing.

This will take time, but Brexit gives us an opportunity to refocus, to look at what we as workers need and how we can get there. Brexit will also help the housing situation as fewer workers from elsewhere will be crammed into a small country – and we won’t be leaving swathes of other countries denuded of their populations and of their skilled workers. Good for everyone, then.

Urgent action is also needed, but not action that further degrades the environment in the cities and in rural areas.

Clearly the control of our borders is the first and most urgent requirement. Secondly, rich foreigners must not be allowed to continue buying up London and other big cities. Those who have already bought must be encouraged to sell by taxing unoccupied housing. Let them rent, as in other European cities. Prices should start to fall when unlimited migration from the EU stops and overseas buyers are excluded from the market.

Most workers in large cities cannot now afford to pay the greatly inflated prices. We need more low-cost housing for rent. This usually has to be financed and managed by local councils and housing associations.

But crowded high-rise developments, and those on green spaces, have to be fought and prevented. Conversion of workplaces into housing is another problem area. It is profitable, but we need local workplaces as well as housing. Workplaces should not be priced out of the market, and planning law should be used to protect them.

It is right to strip tax breaks from buy-to-let landlords, who snap up the cheapest property and often do not maintain it. “Right to Buy” at a discount decreases the number of affordable homes for rent, profiting those who re-sell to make a profit. “Help to buy” is public subsidy feeding price inflation.

The political parties have created this mess and have no long-term solutions, only the short-term fix of building more densely and quickly in the already-congested areas where demand is highest.

These fixes concentrate those who are the very poorest and most dependent on benefits in the rental housing that local authorities control, condemning it to rapid degradation.And all the time, housing benefit subsidises huge rents from the public purse, encouraging greedy landlords.

There are huge and powerful vested interests who will oppose any attempt to break up the regime that is lining their pockets. The banks are and have been lending money for overinflated mortgages, and borrowers fear being caught in negative equity. There are the buy-to-let landlords, the developers, and those who see their property as their pension.

‘Big cities will become so ugly, foul and overcrowded that no one will pay the ridiculous prices asked for.’

So many have been gambling that the property bubble will continue growing. In fact it is unsustainable. London and other big cities will become so ugly, foul, filthy and overcrowded that no one will be willing to pay the ridiculous prices asked for housing there, whether rented or owned.

It doesn’t have to be this way. Regulation of housing and rent controls would be a good start towards tackling problems. Having won the chance to change our country by voting for Brexit, we should start discussing with our fellow workers how to renovate the good housing we have outside the biggest cities and create the necessary opportunities for employment there so it could be used.

Good housing should be considered part of a necessary infrastructure for employment. Inevitably this would need state intervention. But what kind? We don’t want to return to postwar policies for housing such as New Towns and demolition of older houses to make way for tower blocks. Nor should employers be given grants to set up factories in areas outside the Southeast, free later to take the money and run.

We have to get involved and not leave it to politicians. In every industry and sector of the economy workers and employers should be able to come up with better ideas. Trade unions should get involved in housing issues, and demand more pay to cover the high cost of housing in cities. That would bring employers to consider relocating to areas where their workers could live more cheaply (and comfortably).

With new ways of working some people have been able to do it – mostly as individuals, but some forming “cottage industries”. Why not whole enterprises? Existing enterprises in the uncrowded areas could work out what they need to thrive and grow there, demand better infrastructure including better housing for their workforces. This would be so much better than continuing to overdevelop London and other big cities at the expense of the rest of the country.

Main picture shows new housing in Tottenham Hale, London. Prices start at £249,995 for a one-bedroom studio flat. A two-bedroom flat is rented for £1,625 a month but it would be grim for children, with only a tiny playground surrounded by concrete. This development, over a brown field site, is now planned to extend over Tottenham Marshes. Haringey Council rejected the plan to build up to 505 homes there including a 21-storey tower, over concerns that it would be too tall and adversely impact green belt land. London Mayor Sadiq Khan has intervened and plans to push through the development in some form upon the marshland.