Housing: a national issue, and a class issue 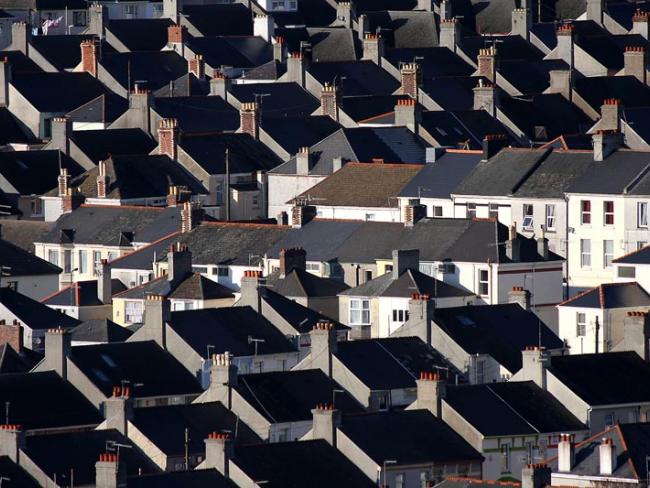 The new Housing and Planning Bill cultivates and exploits the crisis in housing, blighting the lives of British families, in order to strengthen the class power of a tiny minority…

For all its variety British society has coalesced into one working class, whether owners or renters of housing, living side by side. The housing “reforms” passing through parliament are an attempt to break the unity and the democratic local institutions that are an expression of the will of the people.

The Housing and Planning Bill was rushed out in the run-up to Christmas while attention was elsewhere. It is economically a sham, but politically cunning. The crisis has in essence been fabricated so that foreign capital can hold sway and occupy the land we have built on.

The present combined dictatorship of central government, tax dodgers and speculators goes against the grain of thinking in this country, where local democracy is valued as a principle but has not been adequately defended for decades. Now, the Housing Bill attempts to finish it off by imposing the government’s will on everything from rents to regeneration.

The Bill aims to uproot sections of the settled working class, cutting them off not only from their homes, friends and family, but also from places of work, schools and familiar health and community services. It will end affordable and secure rented housing. It threatens to denude cities, London in particular, of teachers, nurses, transport and communications workers, and thousands of others working in public services.

‘The aim is to make people move out and to break up communities.’

Under what has become known as “Pay to Stay”, social housing landlords will be given powers to access tax records of tenants to see who counts as having “high-pay” (the government’s term). And if the combined income of a household is as little as £30,000 (£40,000 in London), they will be liable to pay rent at 80 per cent of market value. In many London boroughs this will more than quadruple rents.

On the false economic pretext that these workers are getting undeserved benefits, the aim is to make people move out and to break up communities. That paves the way for the end of social housing and the reappearance of slum housing ghettos.

Never has there been such necessity to fight for pay to meet the cost of a decent roof over one’s head. The Living Wage won’t come anywhere near it. Pay rises of more than 25 per cent would be required – a point made by disparate bodies from the RMT trade union to the Royal Institution of Chartered Surveyors. Desperate to stay below the government’s “high pay” category, some workers are considering taking the defeatist route of accepting a pay freeze or turning down promotion in order to stay in their homes.

The Bill bans local authorities from offering secure tenancies. New tenants, including those with the right to inherit a tenancy, can expect only two to five years of stability before facing eviction. In this way surplus population can appear to be soaked up, while in reality being kept on the move.

The Bill also caps the Local Housing Allowance; according to Shelter, eight in ten single people aged under 35 depend on that. Local authorities say this will price young people out of tower blocks, which are then likely to remain empty.

Higher rents won’t necessarily mean better housing provided by housing associations and local authorities. The government has hinted it will reduce funding if Pay to Stay is not implemented; it may in any case assume that rental income will rise. And in a seemingly contradictory move, low-paid housing association tenants will have their rent cut by 1 per cent. Previously rents rose according to a formula in line with the Consumer Price Index plus 1 per cent. The rating agency Standard & Poor’s says housing associations are in danger of bankruptcy unless they drastically reduce services such as maintenance.

The Bill has passed through the Report Stage in the Commons with a shameful lack of opposition. Even though the government has a slender working majority of only 17, amendment after amendment has fallen. One attempt to prevent private landlords from letting property unfit for habitation was voted down by a majority of 93. Where did that come from? Not just the Conservatives.

The reforms have been hailed by housing minister Brandon Lewis as a “new dawn”, transforming “Generation Rent” into “Generation Buy”. The very opposite is happening. Six in ten Londoners are predicted to be renting by 2025. Home ownership is presented as the only option – and yet millions of workers cannot afford that and their number is growing. The promised “Starter Homes” are not the answer. Even at 20 per cent discount they would require a salary of £77,000 to £100,000 in parts of London – roughly that of an MP.

The attack is not confined to individual renters: the housing system itself is being driven to the edge. Starter Homes will replace Section 106 of the Town and Country Planning Act, which guaranteed a proportion of social housing in exchange for planning permission.

Builders have now been promised automatic planning consent on allocated land. They can make a direct application to government, bypassing local authorities. Councils would be directed to waive policies which clashed with Starter Homes. Public brownfield sites, including existing estates designated for demolition, are to be seized by compulsory purchase for homes at market rent, regardless of local opinion. Council planning decisions are already being overturned, most recently in Leicestershire.

Calls to restrict the re-sale of council homes under the Thatcherite Right to Buy (RTB) scheme were defeated in the Commons. RTB has been a disastrous policy since 1980, decimating housing stock. Property sharks have snapped up council homes; 290,000 have been lost. Some 40 per cent of those family dwellings are now multi-occupancy private rentals, let by the room.

Around 380,000 people are on council waiting lists. Councils are now desperate to buy back at full market cost the homes they sold at cut price. Since 2012 they have spent £27.3 million doing so. Stock shortage, exacerbated by net immigration, together with the government’s Help to Buy mortgage guarantee scheme, have contributed to an increase in rents and house prices. These are predicted to rise by 6 per cent on average across the country during 2016, according to the Royal Institution of Chartered Surveyors. Evidence for this is most clearly seen in East Anglia, where Help to Buy take-up has been greatest. Estate agents say prices there have risen 25 per cent in 10 years.

The Bill’s extension of RTB to housing associations is to be funded by a levy on councils that will go straight to the Treasury rather than be reinvested locally. Under a deal struck by Communities Secretary Greg Clark and the National Housing Federation, the sale of housing association stock will create a taxpayers’ subsidy of £1.2 billion for builders to clean up brownfield sites for private homes, but will force councils to sell off a minimum of 22,000 higher value properties to fund the discount.

The sell-off of social housing and the much-vaunted Starter Homes, which can be sold on after five years at a profit, amounts to a bonanza for speculators. Housing associations are colluding by increasingly turning away from the purpose for which they were set up – to meet the needs of key workers excluded from ownership. Some, like Metropolitan, have started to build for sale only. MPs and town halls permit these policies virtually without a murmur, other than to quibble about how they are going to implement them.

Calls for rent controls in response to the Bill also fizzled out. Due largely to net migration, the UK population is set to rise by 9.7 million over the next 25 years (ONS figures). Private landlords are rubbing their hands, as are house builders and speculators.

Tax inducements to take in lodgers and Buy to Let schemes are intended to persuade ordinary workers to profit from other workers' misery by turning their homes into a business or becoming a landlord. This is the perverted logic of this government.

Anything goes with housing policy right now rather than admit to the real cause of the housing shortage. Calls to manage the influx from abroad, including the super-rich, continue to be resisted in public debate. Accusations of xenophobia greet trade unionists who point to the takeover of Britain by foreign capital and who express the need to reclaim our cities.

Cameron presents nothing but token polices to limit mass immigration, the opposition even less. The British working class is being displaced, yet the TUC seems to think that the government doesn’t understand and that it is all a mistake.

The Housing Bill demonstrably does not address Britain’s need for affordable homes. There could be opportunities for the country to unite in opposition. But that would mean struggle – for wage rises to pay rents or mortgages and to bring councils and employers into support.

A national housing demonstration is planned for 13 March in London. Housing is a national issue and it is a class issue. It is about creating a civilised Britain. It is not the preserve of minority groups. We can’t put our faith in parliament. Although some decent politicians may work with us, workers themselves need to come out of a long lethargy and turn their whimper of complaint into a roar. Only their will can kill this Bill.