How the EU turned a vaccines crisis into a fiasco 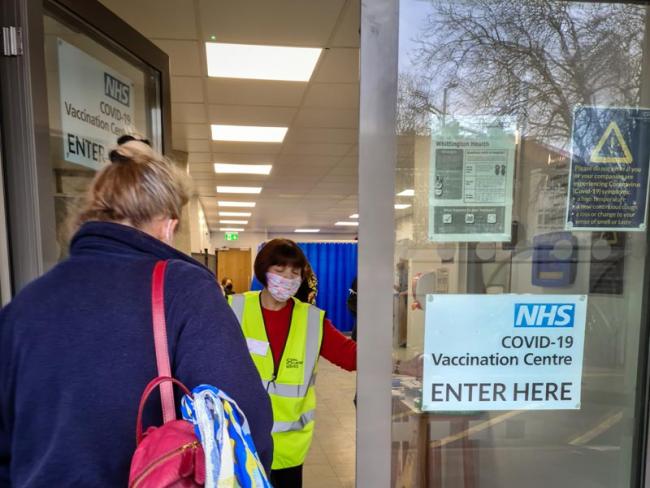 The EU cannot hide its dismay at the success of Britain’s vaccination programme. And its attempt to strongarm Britain to make up for its failure backfired spectacularly…

Remember the warnings? Poor Britain, too small to go it alone in the big bad world. We’ll be lost without the EU. And so on. Looking at the vaccines debacle currently engulfing the EU, it’s hard to see how anyone could have been so wrong.

Critics were not hard to find when Britain decided in July last year to opt out of the EU’s vaccines procurement policy.

“Walking away from the EU vaccines scheme is putting ideology ahead of public health,”  tweeted  Layla Moran for the Liberal Democrats.

“At a time when the UK should be accelerating efforts to work with our EU partners towards finding a vaccine, it is concerning that the UK government has instead rejected the opportunity to take part in yet another EU-wide programme,” said the  SNP’s Shadow Brexit Secretary .

“We will be seeking official clarification on the reasons why the government has come to this decision and seeking reassurance that this will not lead to any supply issues or delays for the UK population,”  said David Wrigley , deputy chair of the British Medical Association, assuming the worst.

It’s looking increasingly like the critics – most of them clearly motivated by ideology, namely opposition to British independence – were wrong on all fronts.

“Little” Britain has actually invested more in vaccine preparedness than the European Commission. By the end of 2020, according to a report in  The Guardian , the EU had spent just € 1.78 billion in “risk money” given to pharma companies, compared with € 1.9 billion by Britain.

Importantly, Britain had thought things through. The vaccines group led by Kate Bingham had taken care to consider how to ensure that the orders they had given could actually be fulfilled.

That is why investment flowed into building capacity at Oxford Biomedica, for example, in good time so that production difficulties – notoriously common for bioreactors – could be smoothed out.

In another smart move, the government financed the construction of and reserved 18 months of an entire fill-and-finish production line at the Wrexham factory run by Wockhardt. After all, there’s no point in producing vaccine if you can’t get it into a vial.

And while vaccination here is proceeding apace, the EU is way behind.

That is hardly surprising. The EU is interested in only one thing: how to increase its power. It has long been frustrated that health is a matter reserved to individual countries, and has been eyeing ways of getting more of a say.

Indeed, until this year its health directorate has been a backwater, overseeing a budget of less than  € 450 million  (that’s around 0.05 per cent of the  total EU budget ) over the seven years from 2014 to 2020.

And a backwater in expertise, too. The health directorate lacks staff and skills, from the top to the bottom. But the Commission saw the Covid-19 pandemic as an opportunity to vastly increase its own reach (and take away policy areas from member states).

So in the next seven-year budgetary cycle, which began this year, the health directorate has been allocated  € 5.1 billion  – a more than elevenfold increase (though the Commission actually wanted an even more massive € 9.4 billion).

The money could hardly be going to a less deserving recipient: the directorate, supposedly beefed up with a heavyweight deputy director general from the far larger enterprise directorate, has been overseeing the current shambles from the start.

That story has been told many times by many people – how an obsession with price and liability put the EU three months behind Britain in the race to get vaccinations up and running.

‘The EU fell back on its instinctive reflexes…’

Yet the most instructive thing about the fiasco is not how it came about. That is a relatively mundane though desperately tragic (for the peoples of Europe) story of bureaucratic bungling, a ludicrous and unwarranted sense of power and competence, and the inbuilt inertia of a system that needs 27 countries to sign up to any change. More important is what happened next.

If you wanted to be exceptionally generous, you could say that the EU was in uncharted territory and just made the wrong choices. But the reaction to failure has been devastatingly instructive. It has seen the EU falling back on all its inbuilt reflexes, lashing out at anybody and everybody, blaming all but itself.

Its first move was to shoot the messengers, the pharma companies, for telling them the facts of vaccine production. Then came spite: like getting the Belgian government to  send police to raid  AstraZeneca’s factory in Seneffe, 25 miles south of Brussels, in a desperate fishing expedition for evidence of skulduggery (no evidence has yet come to light). That kind of behaviour will only encourage pharma companies to set up shop outside the EU.

And then the control freakery really kicked in. European Council president Charles Michel declared that the EU might  exert direct rule  over the entire European pharmaceutical industry, forcing companies to share patents, processes and licences and overseeing all aspects of vaccine production.

The tool Michel said could be used is  Article 122  of the treaties governing the EU – an article that hitherto everyone thought was about providing economic support to individual countries in urgent need, for example (as the article states) in an energy shortage. Apparently EU lawyers think it enables the Commission to do what it likes.

Then came sheer panic:  the extraordinary invocation  on the morning of Friday 30 January of Article 16 of the Northern Ireland Protocol to block the (apparently non-existent) export of vaccines from the republic to the north.

It turned out that the EU had not even consulted the Irish government in advance of the move. Meanwhile, the Commission had achieved the impossible: not just the British government but all five political parties in Northern Ireland were united – in condemnation. By the end of the day, the EU had performed a rapid U-turn.

Now, it is undoubtedly true that if Britain had never left the EU it could probably still have set up its own vaccine procurement programme, and licensed vaccines through the British regulator, the MHRA. Difficult, politically dynamite, costly in political capital, but just about possible.

But the price Britain would have paid for staying in the EU is now clear. Had Britain remained, we would have been open to pressure to conduct EU-directed raids on British factories. Worse, much worse, we could be subject to EU control of our entire vaccine production capability.

And no, Britain could not have vetoed the imposition of Article 122 – it requires only a majority vote.

Whatever happens now in the pandemic, Britain will be in a much better position with regard to vaccines than it was before the virus struck. Then, back in February 2020, there were only two smallish plants capable of making vaccine: one in Speke, Liverpool, making seasonal influenza jabs, and another in Livingstone run by Valneva producing small quantities of a vaccine for Japanese encephalitis.

Now there are four companies making Covid-19 vaccines, plus another two “rapid response” centres. The Valneva vaccine is to be produced at Livingstone at a plant greatly expanded with public money.

And there is a much better mindset too. There’s a new emphasis on making things here, in Britain.

That shift is epitomised by an observation from Imperial College professor Peter Openshaw to the Financial Times  this February. Noting that the economics of vaccine production had led to different elements of vaccine manufacturing being distributed to different countries, he said, “Now it makes sense to have everything necessary for vaccine production within the UK borders.”

That’s a lesson being drawn throughout British industry, and not before time.