How finance capital makes us all poorer 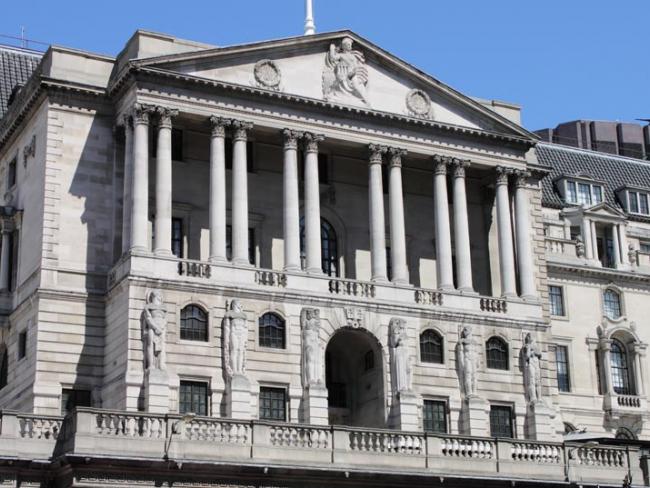 The Bank of England: the City has turned Britain into an offshore tax haven. Photo Millionstock/shutterstock.com.

The bankers of the world like to talk about how they create “value”. As an exceptional new book lays bare, they are good at making profits, but the rest of us are bearing the costs…

This exceptional book sets out how finance capital can control the economy of countries across the world and how it intends to continue. It also suggests what Britain has to do to fight this.

The costs to Britain of hosting a bloated finance sector are estimated at £4.5 trillion over the last 30 years, £170,000 per household. Both the EU and the City of London play a key part in maintaining this robbery.

Only ten per cent of bank loans are to businesses outside the finance sector. And since 1997 UK investment in the non-financial parts of the economy has been the lowest of the 34 OECD member countries. Shaxson explains that “…the financial sector [has] moved away from creating wealth for the economy, and towards extracting wealth from the economy, using financial techniques.”

The City of London turned Britain into an offshore tax and financial haven and became the core of global financial markets. Shaxson writes that the City was even less regulated than Wall Street, and “…more to blame for the global financial meltdown”.

‘The costs to Britain of hosting a bloated finance sector are estimated at £4.5 trillion over the last 30 years…’

London and its offshore satellites played a central role in turning global markets into “a hothouse for organised crime, corruption, tax evasion and the cross-border stashing of looted wealth.” Shaxson explains that both the financial crisis and enabling of crime arose from the same see-no-evil ideology.

In Britain the bankers and their like are protected; few are prosecuted. By contrast, more than 3,700 senior executives went to jail for fraud in the USA after the savings and loan crisis of 1989.

Chancellor George Osborne intervened at the highest levels of the US government to prevent prosecutions of HSBC executives. The US Department of Justice believed the bank had enabled the activities of Russian gangsters, organisations linked to Al-Qaeda and Mexican drug cartels. It decided in 2012 not to prosecute after Osborne’s intervention.

Shaxson contrasts the period from the Second World War until the 1970s with the period since then. The era of higher taxes and progressive economic policies saw increased growth and reduced inequality. This was not because of the EEC, predecessor of the EU, but because governments controlled capital flows. The shift to fast-falling taxes has been accompanied by long-term decline in growth and rising inequality.

And he describes the current situation in these terms, “the big multinationals, global banks, wealthy individuals and owners of flighty capital…can easily shift profits or themselves across borders” to where it suits them, “and threaten to go elsewhere if they don’t get state handouts.”

It’s not just the City of London involved. Shaxson shows that the European project is not a bulwark against monopoly capital. It is suffused with a competitiveness agenda and is underpinned by the same intellectual fallacies.

On Jean-Claude Juncker’s watch from 1989 to 2013 as finance minister and then prime minister of Luxembourg, that country aided and abetted the world’s biggest multinationals to avoid tax. This was finally exposed in the Luxleaks scandal of 2014. Two whistle-blowers leaked documents showing how Luxembourg had rubber-stamped these schemes, some of them criminal. The only people prosecuted were the two whistle-blowers. Juncker denied all knowledge, but leaked diplomatic cables show that he fought successfully in Brussels to prevent proper crackdowns.

Shaxson suggests that the answer is to restore national control, “Monopolies need to be tackled using varied and comprehensive economy-wide strategies: empowering labour unions, reforming banking rules,…cracking down on tax havens that prioritise banks and large multinationals over small businesses, and plenty more.”

We should cut the role of finance, unilaterally. Impose smart capital controls, remove tax breaks and incentives for looting, and encourage genuine productive job-creating investment. Set aside the EU dogma of the free movement of capital that would block these sensible measures.

In doing so we would reject the fantasy of Singapore-on-Thames, a “competitive” island abasing itself in pursuit of the wealth of the world’s oligarchs, criminals and tax-escaping multinationals. We must instead pursue the interests of our own people.

Shaxson concludes with a challenge, “So we are at a crossroads: a particularly crucial moment for setting Britain’s future direction. The changes that are now needed are revolutionary ones. But we are already in revolutionary times, whether we like it or not…