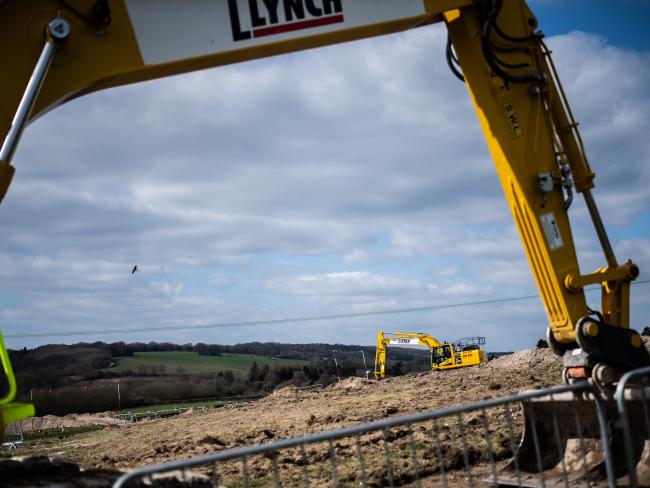 Johnson's announcement, although expected, was greeted with accusations of betrayal, along with expressions of disbelief, by rail workers and their unions, rail passengers, and many of the politicians representing the adversely affected cities.

Unite, representing construction workers, described the government’s decision to cancel the HS2 spur to Leeds as an “act of industrial vandalism”. Jerry Swain, national officer for construction, said that the whole of Britain should benefit from HS2.

Swain added: “…it remains essential that the surviving sections of the project become the benchmark that all other construction projects in the UK are set against, in terms of pay, safety, working practices and apprentices.”

Mick Lynch, general secretary of rail union RMT, made the link to the recent COP26 climate conference. He said that the plan abandons increased rail capacity from HS2 eastern leg and Northern Powerhouse Rail which would have “…gone a long way to deliver the UK’s climate change commitments and hundreds of thousands of jobs on our railways and across the supply chain.”

High-speed rail links are essential for Britain’s transport in future. The government – Johnson and his minsters – made repeated promises to build this vital new infrastructure. But in typical style, cutting more than £35 billion from the promised plans was not presented as making savings. Instead, the government proclaimed its so-called Integrated Rail Plan a “transformative programme” to improve rail services in the Midlands and the north of England.

‘in many places services will worsen.’

In many places the opposite is true: services will actually worsen. And large numbers of high skill construction and other jobs associated with the project have evaporated overnight. No amount of spin will change this. To many workers it will appear that the government was telling downright lies about rail improvements and that frequent trumpeting of “Northern Powerhouse Rail” was no more than hot air.

Until recently HS2 was planned as a new railway that would run from London to Birmingham, there splitting into two new lines. One leg was going to Manchester, and the other (the eastern leg) was to go to the East Midlands, Sheffield and Leeds. The primary purpose of this new railway is to free capacity on three existing main lines to the north from London – West Coast, Midland and East Coast.

Those three lines are close to their capacity. They currently have a mix of fast long-distance trains, local and regional stopping trains, and freight trains. The differing speeds of those trains limits the numbers of trains that can be safely run, even with the most advanced electronic signalling systems available.

‘HS2 has the potential to reduce car and air travel.’

Putting long-distance fast trains on HS2 will allow more local passenger trains and freight trains to be run on existing lines. A dedicated new high-speed railway will also allow more fast trains to run. And by achieving faster journeys between major cities, HS2 has the potential to reduce both car and air travel.

Johnson and his transport secretary Grant Shapps are instead promising upgrades to the East Coast Main Line, electrification of the Midland Main Line, and other lines across the north of England – but deliberately ignoring the impact on existing services.

Such upgrades will mean years of engineering works with massive disruption to existing train services while the work takes place. And upgrades cost huge sums of money, as happened when relatively modest upgrades were carried out on the West Coast Main Line nearly 20 years ago. In that case, it would have been cheaper to build a new railway.

The future of the rail industry
British steel betrayed by government
In the balance - progress or decline for rail?
Just six months left to save ScotRail, say unions
ScotRail: SNP bluster