HS2: Two projects in one 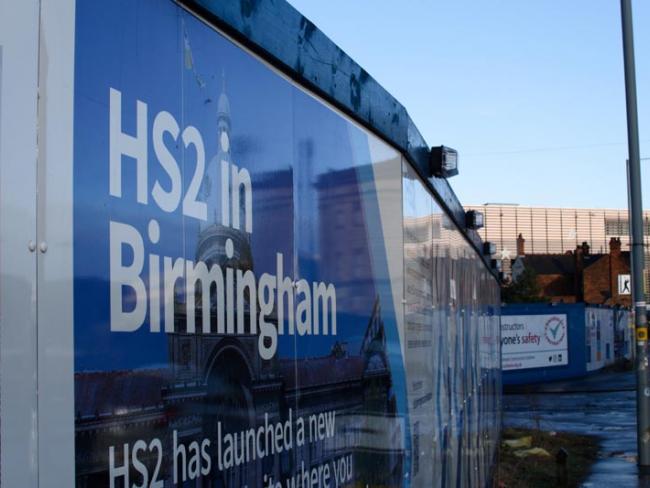 So much of the coverage of the HS2 project has focused on passenger journey times that the true scope of the project has almost been obscured from public view. Of course, HS2 aims to move passengers more quickly but the consequences of that, namely the freeing up of space on the existing rail lines is the bigger prize.

What’s often hidden is that HS2 can make a difference to Britain’s capacity to rebuild its industries in a way that is sustainable and modern and which could benefit the environment by removing the necessity for thousands of freight lorries which thunder through our towns and countryside.

We’re often told that the money spent on HS2 should be spent on upgrades to the existing railway network. But building HS2 is an upgrade of the existing railway network. The segregation of high-speed trains onto their own line untangles the complex mixture of slow and fast services that currently constrain capacity, and this allows the remaining services to bunch up more closely together.

In turn this allows at least a doubling of capacity for the remaining services into Birmingham, Manchester and Leeds, for example. It’s the speed of travel on the HS2 lines that allows the freeing up of space on the existing lines and the scope to improve passenger services on those lines too. Even more importantly it holds the key to expanding the movement of freight by rail, and the environmental improvement that would bring.

But we hear more about HS2 harming the environment. Inevitably, a major project of this nature will impact on the environment but that must be set against the damage done by moving freight by road.

There is currently a protest encampment outside London Euston station with banners saying “Stop HS2 destroying wildlife, homes, nature and water”. But isn’t it road traffic, particularly heavy road freight traffic, that is currently running over wildlife, shaking our homes and impacting on the natural environment?

No one involved with HS2 denies there will be some environmental impact, but even one of the House of Lords committees scrutinising the project has praised the engineers for choosing a route which minimises impact on ancient woodland. Here’s a contrast: the mere 14 miles of the proposed Lower Thames Crossing motorway impacts on nearly as much ancient woodland as the 470 miles of HS2.

On 11 November Logistics UK – formerly the Freight Transport Association – published a report warning that HS2 is “the only opportunity this century” to grow rail freight. The association believers that the opportunity for freight to use released capacity from HS2 is substantial, creating paths for up to 144 extra freight trains per day, potentially removing 10,944 heavy lorries daily from the road network.

Yet there is currently no policy or legal requirement that a proportion of the released capacity must be allocated to freight. Logistics UK wants to see government commit to this as they are concerned that released capacity may favour passenger operators.