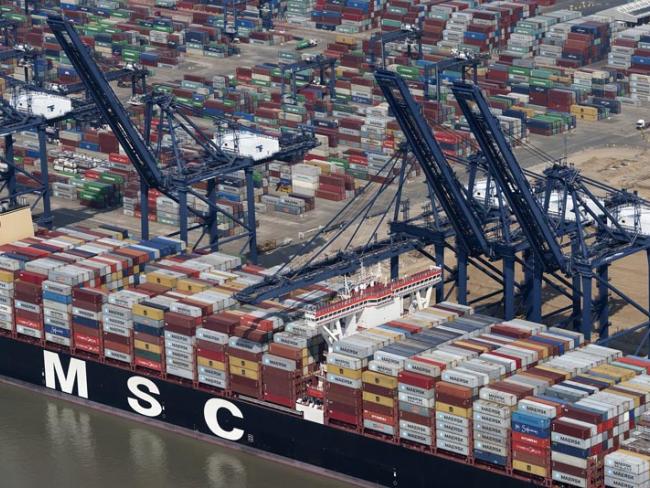 For decades we have been told that global free trade – where goods can be imported and exported without restrictions or tariffs – is the route to prosperity. Impressive international institutions have been constructed around it, notably the General Agreement on Tariffs and Trade and the World Trade Organization – and, of course, on a more restricted level, the European Union.

Just about everyone, it seems, wants to negotiate one. (Though Austria, for one, has just rejected the EU’s proposed free trade deal with the Mercosur group of South American countries.)

When official bodies look at the impact of free trade agreements, the first thing they look at is Gross Domestic Product, or GDP. In the topsy-turvy world of economics, GDP is a measure of national economic activity based not on how much is produced, but on how much money changes hands.

For example, an official analysis of the EU–Singapore Free Trade Agreement, now ratified after a major hiccup when the regional government of Wallonia in Belgium threatened to veto it, says it could be expected to boost the UK’s GDP (if we remain in the EU) by £65 million a year.

That all sounds fine and dandy (if scarcely worth the time spent negotiating the deal), but look closer. That same analysis also references another analysis from the European Commission which suggests that net exports from the UK could rise by £296 million year but net imports into the UK from Singapore would soar by £607 million a year.

‘How can the economy be better off by doubling the trade gap?’

All of this leads to one simple question: How can the economy be better off by doubling the trade gap with Singapore? The answer is that the economy, the real economy, isn’t better off at all.

The financiers and traders who handle the flows in and out of Singapore get richer. It doesn’t matter to them which country benefits. But Britain, the Britain of real people living real lives, gets poorer.

There has been little public discussion about the negative effects of global free trade. But the Department for International Trade does know (or should know). And back in 2018, realising the increasing significance for government policy of free trade deals – and perhaps more urgently recognising the strength of opposition to the EU–US TTIP free trade treaty – it commissioned a study of public views on the issue.

That study, carried out by BMG Research, is not complete (at least, not in published form), but the “first wave” of research is available online. It shows majority support for free trade agreements in Britain – but also suggests stunningly low levels of knowledge about what they mean.

BMG Research showed that no fewer than 58 per cent of respondents did not feel knowledgeable about how Britain trades with the rest of the EU, and an even greater 65 per cent about how we trade with the rest of the world. When asked four simple questions about trade (“Do we import more food than we produce here?”, for example), only 18 per cent answered more than three of the four questions correctly.

Over the years our ignorance has been fostered by parliament and the media, which consistently confound two very different things: the freedom to trade with another country, and modern, globalised free trade deals. But we will have to learn quickly, because the future of Britain, the health and wealth of the population depends on how we trade.

One of the key questions posed by analysis of the EU–Singapore Free Trade Agreement is this: if GDP is boosted by £65 million a year in a deal that adds more than £300 million to our trade imbalance, is Britain better off?

And, of course, the answer to that all depends on what you mean by better off. Here GDP tells you even less about the economy as it affects workers than measures such as the Consumer Price Index.

James Goldsmith, who set up the Referendum Party in 1994, pointed out 25 years ago that over the previous two decades France’s GDP had soared by 80 per cent, but unemployment in the country had risen from 420,000 to 5.1 million.

Now look at today’s Britain. UK GDP has almost doubled since 2000 – up from £1.09 trillion to £2.11 trillion in 2018. Yet the proportion of the population in poverty has “barely changed”, according to the Social Metrics Commission, which has developed its own measure of poverty.

What has changed is the proportion of Britain’s wealth in the hands of the very richest, the top 0.1 per cent of households. After falling pretty steadily since 1900, that proportion has almost doubled since 1985.

So the next time someone tells you that global free trade makes us richer, ask them who the “us” is. Because free trade has enriched a handful of individuals while impoverishing whole areas of Britain.

And as if the havoc wrought in Britain and around the world by the application of free trade in manufactured goods were not enough, the new breed of free trade agreements go much further – they affect services, investment, and the movement of people too.

The maintenance of standards is essential to any modern civilised society. Standards exist in areas as varied as food quality, medicines, professional qualifications, electrical wiring. Indeed, organisations such as the Paris-based Organization for Economic Co-operation and Development (OECD) spend a lot of their time working to harmonise standards so that, for example, something considered safe in one country will also be considered safe in another.

But harmonisation is a time-consuming business. There is, though, a neat way around it, pioneered by the EU. If standards are too difficult to harmonise, simply declare that one country’s standards must be accepted in another.

That is precisely what has happened in health and education, where the UK is obliged to accept as qualified doctors or teachers anyone who trained in any country in the EU – with some dire consequences.

The global free traders would like to see this kind of short-cut applied globally. That thinking is behind, for example, calls for the EU and the US to mutually recognise agricultural standards – which would mean having to accept chlorinated chickens and hormone-fed beef without any question.

And they want to go further, taking nations out of the equation altogether by putting the governance of this free trade into the hands of binding arbitration run by international lawyers, so-called Investor–State Dispute Settlement.

That provision in the draft EU–US TTIP treaty helped to make TTIP notorious – and may yet re-surface in any UK–US trade agreement. Though negotiations over TTIP are still blocked following Donald Trump’s election as US president, the EU is keen to get them re-started.

But the modern free trade deal is not just about goods, or services, or investment, or standards. More and more it is about people as well. Free movement of people everywhere is what the transnational monopolies want.

These global companies want any free trade deal to allow them to shift their workforce from any country to any country – and what’s more employ them at the rate of the lowest-paying country.

In a twisted way, it makes perfect sense. After all, apart from natural resources labour power – especially skilled labour power – is the source of all wealth. In the modern world, the key commodity is people.

Listen to Karan Bilimoria, the founder of Cobra beer, talking to the website politico.eu in August last year: “Whenever you talk about any free trade deal, it’s not just about tariffs, it’s about the movement of people as well. You can’t run away from that.”

Bilimoria repeated the age-old employer lie that unemployment in Britain is so low that “we need a foreign workforce, EU or non-EU, to enable us to function as an economy and grow and prosper.”

According to the Office for National Statistics, there are actually around 1.3 million people unemployed in this country, 3.8 per cent of the working population. On top of this more than 800,000 people were reckoned by the ONS to be in “involuntary” part-time employment – that is, they wanted a full-time job but couldn’t find one – the numbers swelled by raising the state pension age.

But that’s not enough for the global free traders. Tell them two million or more people can’t find full-time employment and they’ll just say, “Not enough!” After all, lower unemployment means upwards pressure on wages and tends to reduce profits.

And there are other benefits from importing labour – particularly skilled labour – from abroad. After all, why spend a lot of money training people in Britain when you can import them for nothing from abroad and, in many cases, pay them less?

That’s the kind of logic that has seen free movement strip countries like Romania of their skilled professionals. Why give bursaries to British students to become nurses when you can just lure them in from the world’s poor countries?

The average doctor trained in Sub-Saharan Africa practises there for just 6.5 years, according to research published in 2013. In 2008 Liberia had 1.37 doctors per 100,000 people, as against 250 in the US. That’s where the free trade in people leads.

What the free traders have in common is a disregard for the interests of the British people. For them, money is king.  It’s the kind of attitude that has led the SNP administration to cap the number of Scottish students at Scottish universities – because English and non-EU foreign students bring in a rich income stream from fees while Scottish students pay nothing.

One of the four simple statements tested by BMG Research (see above) was this: “Without an agreed trade deal, countries cannot trade with one another.” No fewer than 62 per cent of those questioned either answered incorrectly or said they didn’t know. The fact is, countries don’t need trade deals, free or otherwise, to trade with each other.

If you want to know what a global free trade area would be like, take a look at the European Union – and imagine that it runs the whole world. No individual country would be able to control imports, the economy, population, or even its health and education systems.

The gap between rich and poor would widen further. Workers across the world would be pitted against each other as real wages plummet. Everyone would be “free” to travel the world in search of work.

For most people this would be a hell on earth. But a tiny minority would be delighted.

The alternative is a trade policy built around independence, trading on the basis of equality between nations. It is a policy that respects the need of nations and the people who live in them. And it’s a million miles from the “free trade” vision of the transnational companies.

• Related article: Made in Britain?