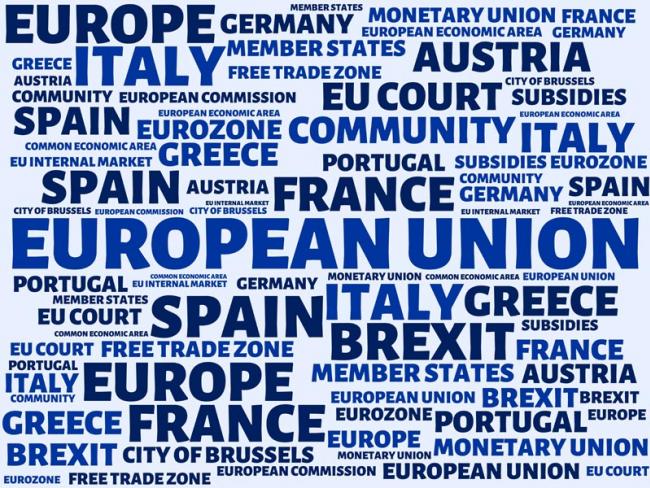 The working class is the force that drove and achieved the referendum vote for independence. And the working class gave the government the job of leaving the EU. We must hold it to its promise…

The military strategist General Carl von Clausewitz said that the object in war is not military victory – it is to bend the enemy to one’s will, make the enemy do what you want. Now the government must carry out our instruction to leave the EU, get on with it and get the job done. We must keep them to it. We have the power to make the enemy do what we want, and we are making this government do what we want – it is honouring our decision to leave the EU.

In spite of the election, the working class may well make use of a party they despise to get the job done. Because, like it or not, the Conservative Party appears to be the only parliamentary party that is prepared to carry out the instruction of the British people on this most important matter.

Brexit is just the single act of leaving. But we are not just about the act of leaving. We look to the longer term, to the future. An election is one day’s decision, even one minute’s decision. But we need our class to take charge not just for one day but for every day.

The door is open

Self-reliance goes deeper, to control over our own resources. The revolutionary struggle is to achieve self-reliance.

So we must take charge of our independence, take control. What do we need to be truly independent? From the start, the EEC attacked our heavy industry through its European Coal and Steel Community. Britain’s crude steel production fell from 17.4 million tonnes a year in 1995 to 10.9 million tonnes in 2015 while the number of steel-workers fell from nearly 40,000 to just 15,700.

‘We need an industry culture, an invention culture, a technical culture.’

Without industry, no independence. So we need to support strategic industries. We should direct public procurement by hospitals, schools, defence and prisons, towards British producers. We need an industry culture, an invention culture, a technical culture.

There are good signs. In June and on schedule Coventry University opened a £7 million National Transport Design Centre. It will provide undergraduate and postgraduate education in transport design and modelling. It will use 3D projectors and giant modelling machines to help firms speed up the design of cars, trains, planes and boats. Jaguar Land Rover became Britain’s biggest car maker in 2015 and produced 544,401 vehicles last year, helping the industry to a 17-year production high.

Without agriculture and fisheries, no independence. Fishing for Leave successfully pressed the government to commit to full control of our fishing waters, to withdraw from the Common Fisheries Policy and to withdraw from the London Fisheries Convention. This will restore the whole Exclusive Economic Zone to which we are entitled under the UN Law of the Sea.

Fishermen across the country, who have always overwhelmingly opposed the Common Fisheries Policy, will welcome this. Fishing For Leave took responsibility for their industry. Others should do the same. By contrast, the Labour party said not a single word about fishing in its manifesto.

Privatisation is the opposite of control, of self-reliance. When foreign multinationals own two-thirds of the manufacturing companies with more than 500 workers, most of our rail franchises, utilities, energy companies, ports and airports, and many of our football clubs and huge numbers of houses and flats, we are not in control.

Control means planning. But relying on market forces is the opposite of planning. Planning is indispensable for reliable cheap energy, for an integrated transport system, for sound and safe infrastructure, for high-quality secular education, and for a National Health Service.

‘Privatisation is the opposite of control, of self-reliance.’

Inside the Single Market we would keep on paying £11 billion a year to the EU. We would still be bound by its free movement of labour rules and subject to its laws, subject to the European Court of Justice. We voted against all that.

EU leaders refuse to settle the issue of citizens’ rights, saying “no negotiation before notification”. They refuse to guarantee these rights unless we agree to stay subject to the European Court of Justice. The EU is imposing this condition, nobody else.

Hollow, fast-emptying trade unions misrun by the ultra-left are the opposite of control. So too are falling real wages and worsening conditions of work.

Division is the opposite of control, so we oppose separatism. The Scottish National Party is now ancient history. When it lost its 2014 referendum, it lost its raison d’être.

We have to be able to defend our land, we are not unilateral disarmers. Nuclear weapons cannot be uninvented.

All the political parties opposing our independence call for policies illegal in the EU. Labour calls for public ownership of rail, energy and water. The LibDems call for public procurement to boost local economies and for cutting agricultural support for large landowners. Labour, LibDems and Greens all call for controlling our own trade deals. The SNP calls for “Scottish control of Scottish fisheries” while pledging to rejoin the EU.

The Labour party opened the door for damaging policies like tuition fees, the Private Finance Initiative, commissioning in the NHS and devolution. The message of Labour’s campaign to stay in the austerity-enforcing, Greece-destroying EU was, “No we can’t”. No we can’t be independent; no we can’t make our own decisions.

Some say that if Labour had backed the referendum, or if it had campaigned to leave the EU or if it fully had accepted our decision to leave the EU, we would not now be facing a hung parliament. But we always have to deal with reality. Labour could never have done those things, any more than it has ever backed workers against employers.

The Labour party is a failed experiment, which the working class created to avoid thinking and acting for itself, very much like the EU. History shows that societies whose members do not take responsibility for their actions fail.

The time for referendums is over. We have made our decisions to be united and independent. Now we must take charge of Britain’s future and build an independent, self-reliant country.

PPE shortage exposes folly of relying on imports
Never again
The weakness at the heart of the EU
Next steps on the road to independence
British independence: essential for our future