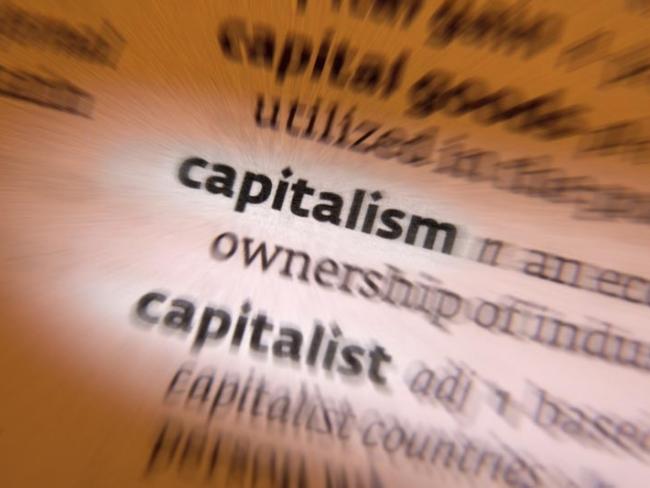 You can’t buck economic laws. It’s not an accident that capitalism doesn’t distribute the results of labour equally. It’s the way capitalism works – and why we call for the abolition of classes in society…

The forces that help to prop up capitalism are varied and not always obvious. For example some people make socialist sounding noises but objectively try to disarm workers by raising the question of wealth as if it belonged to the realm of classless morality. Wearing socialist garb, they conclude that the capitalist mode of production is quite good and can remain but the capitalist mode of distribution is no good and must be abolished.

This priests-and-vicars mode of thinking, with its appeal to equality and fairness, does not get us an inch nearer to understanding what is needed for the future new organisation of production and exchange required to rebuild Britain as needed and desired by the working class.

In Anti-Dühring, Engels wrote that simply waiting for justice to triumph against the unjust capitalist mode of distribution would be a very long wait. He went on to say that when workers call for equality, the real content of our demand is for the abolition of classes in society, rather than the unattainable aim of equal opportunities under capitalism.

Nothing fair about it

Equal opportunity promoters invariably fail to highlight that we workers produce surplus value, filched as profit by the employers, in return for selling our labour power for wages and a lifetime of trying to defend living standards. How fair an exchange is that? What equal opportunities can arise here?

Alongside the pretence of equal opportunities lies the accompanying distortion that socialism is about enforced equality. In reality a key feature of socialist transition is the recognition that there are varying levels of skill and competency among groups of workers within the framework “from each according to his ability to each according to his work”.

‘Unlike judicial law, you can’t simply abolish the existence of an economic law.’

This is an important socialist principle. If different skills between various sets of workers were not to be recognised, not only would unnecessary social tensions arise, but also part of the process of socialist economic planning – namely, measuring value created per unit of varying levels of skilled labour – would become impossible.

Along with equal opportunities, it is often claimed that all would be well if legislation were passed to abolish existing economic laws, such as the capitalist price mechanism, and to introduce new ones such as price controls. But like the laws of natural science, economic laws exist independently of the will of man and we must discover, understand and carefully harness them.

Unlike judicial law, you can’t simply abolish the existence of an economic law. When Gordon Brown was Labour Chancellor he said there would be no more boom or bust under British capitalism.

He thought that the economic law of the anarchy of capitalist production and the resulting capitalist trade cycle had been banished. He was wrong.

The key to planning is to harness economic laws by first understanding their nature and then restricting some which are known to be destructive to British workers while using others as yet unused or suppressed. Economic laws can become willing servants of the working class rather than master demons.

The worst illusion for the working class to overcome is that the maximum capitalist profit gives us the best result we can hope for. This is core ruling class thinking. From their class perspective it is important to nurture belief in certain economic laws involving the “free market” and to pretend they are eternal, not capitalist, laws. Their slogan “There is no alternative” is a good example of their thinking.

They knowingly give full vent to a particular set of economic forces in order to serve their class objective of maximising profit, happy to destroy Britain's industrial base in the process – thus preventing the possibility of it being used for the socialist reconstruction of society. How often have British factories closed on the basis of short term price movements influenced by the country’s “invisible hands” manipulating the cost of supply, only for it then to be proudly announced ‘why waste money on something that is not profitable,' to justify a sale or closure.

What these capitalist spokesmen themselves realise, even if many workers do not, is that there is really no need for an exploiting class to organise production and distribution – they have become superfluous and a hindrance to British social development. Therefore in an attempt to sabotage progress and prevent their own redundancy, the ruling class has since 1979 embraced certain economic laws they realised would wipe out large swathes of British industry, in the hope this would negate workers’ need and desire for change.

Now in 2016 British workers find themselves confronting a group of economic adventurers and financiers who are overwhelmed by their own contradictions, who have very little understanding of where British capitalism is heading economically but who are politically united in their desire to crush working class resistance.

Planning for our class

In rejecting such ruinous thinking the challenge is how we as British workers can fit the requirements of our class interests into national planning, so that our own interests become the sole purpose of planning. This is a perfectly reasonable question to ask and is implicit in the comment, “Well what would you do then?” which invariably crops up when workers discuss the need to replace capitalism.

A significant development in working class thinking in recent years has been its recognition of the importance of a national currency. It’s a small but important development. The next step is to better appreciate the link between currency and national planning, all of which obviously necessitates leaving the EU.

As far as socialism is concerned, the reason why a national currency and thereby money is important is because it is an immediate practical way of measuring the value of the work done in the economy once things have begun to settle down post-revolution. The reasoning behind this has been set out in Workers, first in March 2013, in an article headed “Socialism and finance”, and then in March/April 2015, in the article “Bolshevik finance”.

A sound currency and banking structure was considered a key part of economic recovery in the 1920s and throughout the spectacular economic growth in the 1930s that made the Soviet Union a major industrial economy. This was done in the teeth of fierce internal opposition by idealists and leftists who wanted immediately to abolish money.

What of those who promote the European Union as a corporate vehicle to facilitate the simultaneous growth of socialism in a number of countries? This is a utopian fantasy rolled out to hide reactionary intent. Not only is it impossible for the EU to mimic the socialist processes needed to develop a country, it is designed precisely to prevent it.

‘The EU harnesses the economic laws of capitalism, the law of the anarchy of production being a prime example, to prevent socialist developments taking place.’

The EU harnesses the economic laws of capitalism, the law of the anarchy of production being a prime example, to prevent socialist developments taking place at all – whether in one country or simultaneously in various EU countries. It also wrecks nation states by removing the national structure and border protection that socialism needs in order to develop.

From a working class perspective socialist planning has to occur at a national level. In the context of rebuilding Britain, our currency and the amount of it in circulation each year will be an extremely important interim way of measuring value created within national planning.

The importance of a national currency also no doubt explains why the enemies of British workers were so keen to foist the euro onto us.

Having failed with that idea, the same bunch North and South are united against the idea of an independent Britain, and are now trying to prevent us from leaving the EU, while colluding to arrange the break-up of our country by dividing the British working class.