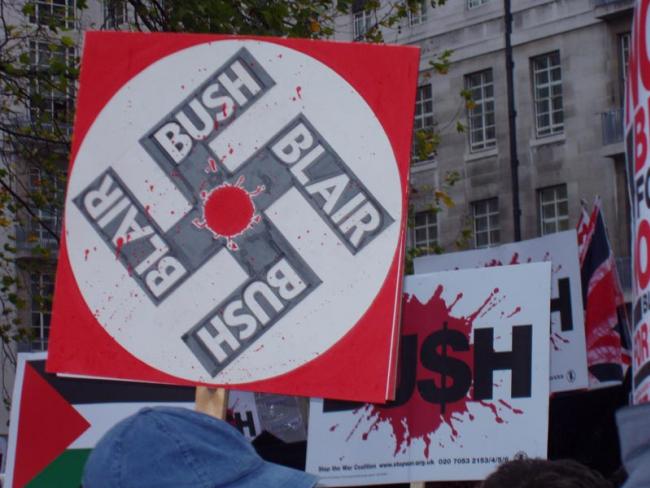 Demonstration in London against the war in Iraq, November 2003. Photo Workers.

On 26 July, the US government declared the long-overdue end of its combat operations in Iraq. Almost 20 years overdue, in fact.

This was George Bush and Tony Blair’s war. Despite overwhelming opposition (mirrored in countries across the world), the House of Commons voted for war on 18 March 2003. And it did so by a massive majority too: 412 to 149.

In March 2003 Iraq attacked no country. So there were no grounds to attack Iraq. Just a dodgy dossier. That made the attack on Iraq by the United States and Britain in March 2003 an illegal war of aggression.

Then the coalition government headed by David Cameron attacked Libya in an equally disastrous war. The Johnson government is similarly, but more covertly, intervening in Syria and Ukraine.

Switzerland tilts towards NATO
What caused World War One?
The inexorable road to World War One
Why Britain should leave NATO
British military aid floods into Ukraine