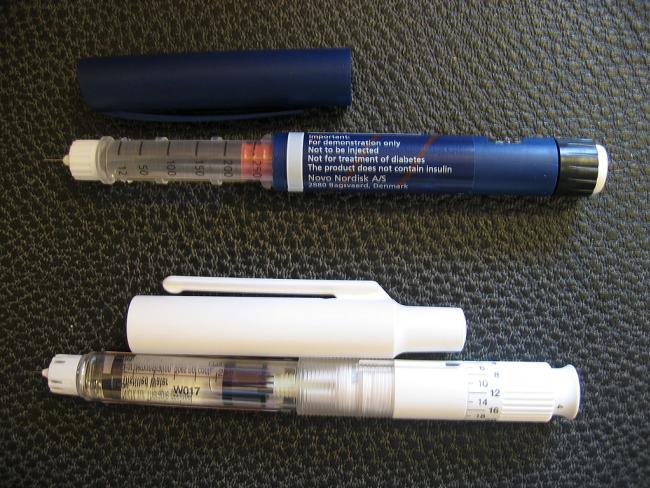 Insulin pens, among the devices covered by the new EU regulation.

An editorial in the British Medical Journal on 10 October points out the weaknesses of medical device regulation in the EU. Medical devices such as vaginal mesh implants and breast implants have caused scandals in recent years. EU regulation is lax, to say the least.

The journal has not generally taken a pro-Brexit editorial line. But this piece written by two professors and a registrar is damning. Pro-EU propaganda tends to cite its regulation of medicines as a reason to Remain – a mistaken view.

In an earlier investigation in 2012 the journal described “a fragmented, poorly regulated, market driven system, with financial incentives to prioritise manufacturers’ interests over those of patients, and with no requirement for clinical evaluation of a device’s safety or effectiveness”.

New rules, the EU Medical Devices Regulation, are due to come into force in 2020. Enforcement will be assigned to “notified bodies”. These are not government agencies, but commercial organisations funded by device manufacturers.

These bodies will compete with one another for business from manufacturers. As the BMJ editorial points out, a notified body with a reputation for a low threshold of approval will win business from those with a more stringent approach.

Manufacturers can bypass the need for clinical investigations if a device is similar to an existing product. Both vaginal mesh and metal-on-metal hip prostheses gained approval by this route. This need not concern us, since we will be out of the EU. But it is instructive to see how the system has worked in the past and to decide what Britain needs from medical device regulation.

The editorial argues, correctly, that regulation should be carried out on a national, not an EU basis, as well as being free from commercial interests. National regulation will protect patients and public safety. It is for British researchers, makers of devices, doctors, nurses and patients to establish what such regulations should say, and how they should be implemented. It would be a great improvement on the EU’s lamentable record.

The public’s rights under EU law to gain information about medical device regulation are slight. Though the European database on medical devices collects data on device approval for governments, notified bodies and companies, the public has only limited access.