Just binning the backstop will not be Brexit 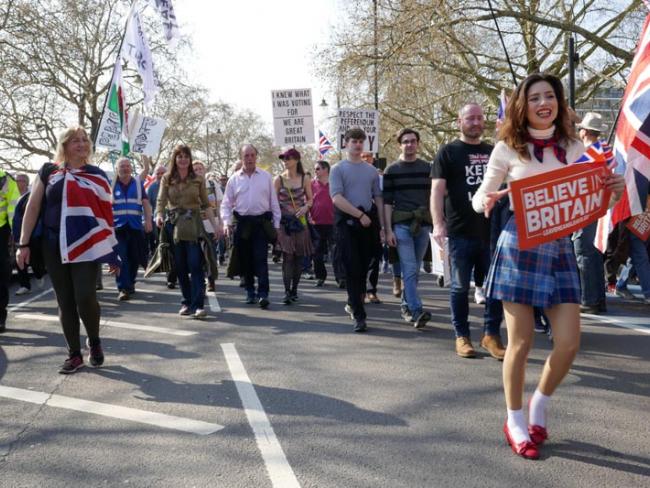 Marching for Brexit on 29 March 2019…the missed deadline. Photo Workers.

Eight major pro-Brexit groups without party affiliation have launched a joint initiative in defence of a clean Brexit. The groups are worried that the government is planning a fudged deal with the EU – May’s Withdrawal Agreement reworded without the Irish backstop (or its appearance).

Such a deal would be triumphantly proclaimed as Leave, but it would be nothing of the sort. The Prime Minister appears to be focused on this to enable him to claim victory.

The groups have come together to prevent backsliding. They are: Brexit Facts4EU.org, Veterans for Britain, Scots for Leave, Fishing for Leave, The Alliance of British Entrepreneurs, Global Britain, Economists for Free Trade and Get Britain Out.

Their first initiative is an easy-to-read one-page summaryof why only a complete tearing up of the Withdrawal Agreement and the Political Declaration can enable people to get what they voted for in June 2016.

It states, “The UK will not be a truly sovereign nation until we leave the EU completely. A clean-break Brexit is now the only way to go forward.”

Like Dracula and equally as dangerous, the Agreement keeps rising from the dead. Parliament voted it down three times, but MPs keen to stay in the EU by fair means or foul (mostly foul) are now talking it up yet again.

This leaflet reminds us in 12 clearly referenced points why exactly it would “lock us into a continuing and subservient relationship with the EU”.

It shows why under the Agreement Britain would among other things:

The summary is useful ammunition for those who are determined to fight for a clean Brexit. It deserves wide circulation.