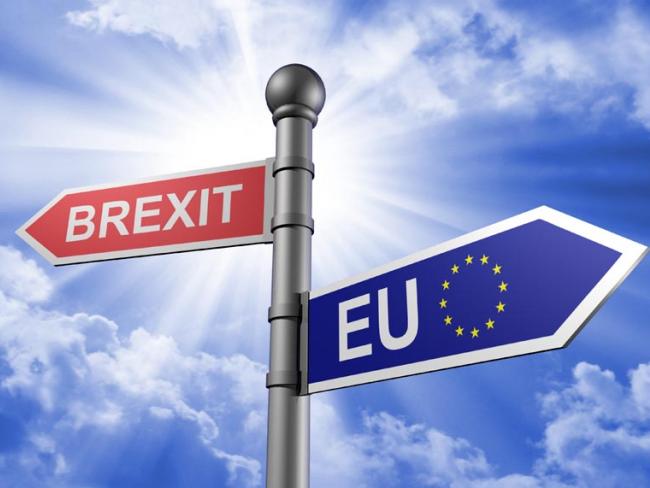 As negotiations on Brexit begin, a new pamphlet cuts through the hard/soft waffle that dominates the media…

This short pamphlet explains some of the ways Britain can make a success of our newly achieved independence. Forget hard, forget soft, they say: just make it clean.

“There is much talk of ‘Hard Brexit’ versus ‘Soft Brexit’. These labels do little to clarify the issues involved - and may be misleading,” the authors write. “The terms ‘Clean Brexit’ and ‘Messy Brexit’ are more accurate and, in our view, the Government should declare now that it prefers a Clean Brexit.”

The pamphlet’s authors may not be household names, but they are heavyweights in their field. Liam Halligan has held research posts at the IMF and the LSE, been Political Correspondent of the Financial Times, and Economics Correspondent of Channel Four News. Gerard Lyons is a financial markets expert with 27 years’ experience in the City. He was also Chief Economic Adviser to then-London mayor Boris Johnson.

It is not true, the writers argue, that we must have a string of trade deals in place before the Article 50 window closes or our trade will collapse. Businesses trade across borders because it makes commercial sense.

Trade deals can help keep barriers as low as possible but most trade in the world, not least that between the three biggest blocs – the US, EU and China – is conducted outside free trade agreements.

Halligan and Lyons state that tariffs under WTO rules with “Most-Favoured Nation” status are relatively low and falling. Trade under WTO rules, outside the EU or other free trade agreements, applies to over half our current trade. This is the fastest-growing part of our trade and is in surplus.

‘Under a “Clean Brexit” we quickly regain control of EU contributions, legal jurisdiction and border controls.’

Countries including China, Japan, Australia and the US all have access to EU member countries’ markets by meeting EU regulatory standards for specific goods. That does not force the citizens of those countries to accept EU-derived laws and regulations, make annual contributions or accept free movement of labour.

On the other hand, the pamphlet makes clear, negotiating access to either the Single Market or the Customs Union would involve compromises over both sovereignty and migration.

Even if such a deal could be reached, it would then need to be agreed by every one of the 27 EU governments, by every one of their parliaments, by a number of other regional legislatures and by the European Parliament. That would be a long, long road into a complete dead-end.

Under a “Clean Brexit” the authors argue, we leave the Single Market and Customs Union. We quickly regain control of EU contributions, legal jurisdiction and border controls.

We voted against open borders between Britain and the EU. We should control migration, which has suppressed wages in many areas and put pressure on public services and housing. Migration adds to benefit costs and deters firms from investing in their staff.

The authors also provide convincing evidence to counter some of the hysteria coming from universities. Outside the EU we can continue to collaborate in science, they show.

The Unesco science report Towards 2030 notes that countries with systems of managed immigration, like Canada and Australia, recruit a higher percentage of overseas researchers than we do within the EU. We could still contribute to the European Research Council and be involved in Horizon 2020, whose slogan is “open to the world”. And by leaving the EU we will escape the EU’s precautionary approach, which inhibits innovation.

This thoroughly researched and referenced pamphlet is well worth reading by anyone with an interest in Brexit – all the more so as it is downloadable for free.