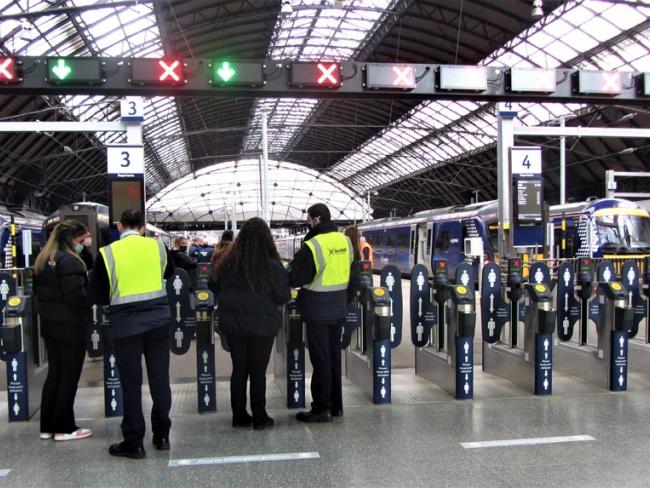 Scotland is currently hosting the longest pay dispute on the railways so far, with ScotRail guards striking every Sunday since 28 March. RMT members are incensed that while ScotRail drivers were granted enhanced pay for rest day working other grades were not.

ScotRail ticket examiners, who work mainly in the Glasgow area, joined the Sunday walkouts from 2 May. And cleaners began an effective work to rule on 13 July, refusing to work overtime, rest days or in a higher grade until further notice.

Then ticket barrier staff joined the cleaners in taking action. TSSA has also joined in, with its conductor team managers, revenue team managers and on-train managers voting for industrial action over workload and staff shortages, and the expectation by ScotRail that they would cover for RMT members taking industrial action.

• The RMT is also pursuing pay disputes on behalf of its cleaner members employed directly by Transport for Wales, and indirectly by Merseyrail through its contractors Mitie and train maintainer Stadler, a Swiss company which is seeking to force through a 13 per cent cut in pay using hire and fire tactics.