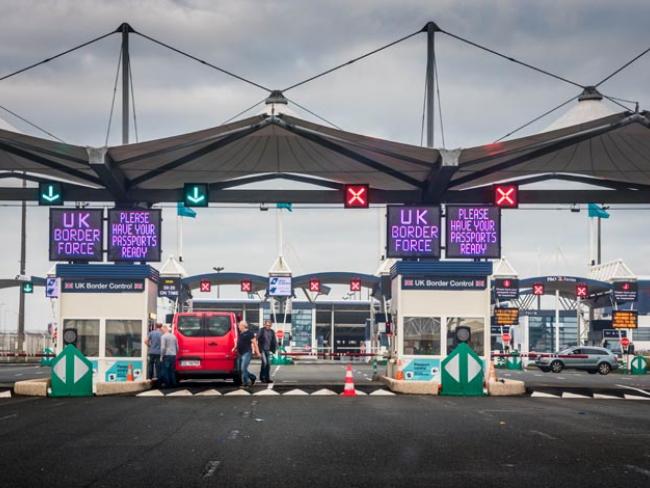 Polish workers on their way to Britain going through passport control at Calais. Photo lumokajlinioj / shutterstock.com

Who should decide who is allowed to live in Britain? The question was central to our decision to leave the EU in June 2016. The British people clearly rejected having no say over the future of our country and especially no control over who comes and who stays. Freedom of the citizens of member states to live and chase work (or be shifted from country to country) anywhere within the EU is central to EU law, so regaining control means leaving.

So, where are we now?

In June this year the government published a policy paper called “Safeguarding the position of EU citizens in the UK and UK nationals in the EU”. It said free movement will end by March 2019 when we leave the EU, and that the European Court of Justice (ECJ) jurisdiction over non-British citizens living here will cease.

‘No such thing as an EU citizen.’

The paper outlines the future status of EU citizens living here at present and how they can apply for “settled status” allowing them to stay after Brexit by meeting certain criteria. So far, so good. It’s reasonable to clarify for those who have lived here continuously for at least five years how they can become part of an independent Britain, as long as they stay – if they leave they lose that right. The government wants British citizens living abroad in the EU to have the same rights.

As Workers goes to press The Times reports that the government will announce that after Brexit citizens of EU states can continue freely to come and live here and apply for work – employers wanting to hire them will have to apply for permits. The system would be policed by spot checks as “at present”. And we all know how well that works – not really at all.

‘Why should we worry about Britons living abroad?’

We need clarity. The government should stop announcing policy by leaks and rumours and start being straight with the British people. We have demanded control over our borders and ordered government to provide this.

Why should we worry about Britons living abroad? If you choose to live in another country you should be subject to the laws of that country, and be aware that those laws can change. It’s part of the risk you take.

After a period which enables eligible EU citizens to achieve “settled status” here, there should be a clear cut-off point after which would-be migrants from the EU should be treated the same and be subject to the same laws as non-EU people, and be allowed to work the basis of strict criteria of Britain’s need.

So control of immigration doesn’t mean putting up a wall around Britain, but is about our control – that’s what sovereignty means, not being ordered around by a foreign court.

To achieve control, we need a system of enforcement, properly staffed and funded and thorough in approach. Nothing like the present patchy, leaky and inefficient way that checks are carried out on non-EU “black economy” workers. Free movement feeds a system which suits cheapskate employers and undermines British workers with imported cheap labour – it must end.

There is much talk of the contribution made by EU migrant labour. Employment figures for this June show the reality of that contribution: an increase in numbers employed; shrinking real-terms wages; productivity dropping yet again – it has barely improved in the past decade. With free EU movement of workers, employers have no incentive to invest in skills here or increase wages.

The possibilities for our country are bright when we leave. We can develop our own economy independent from the EU, but we have to educate and train our own population to provide what we need. Government must now demonstrate that it is fully committed to this future.