NATO intervention and the growth of terrorism 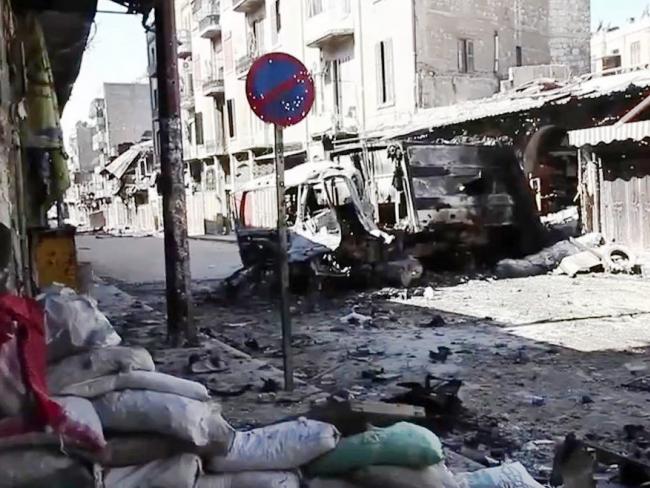 This is a revealing account of the rise of the jihadi terrorist organisation the Islamic State of Iraq and the Levant (ISIS). It shows how NATO’s actions have helped it to grow.

The Bush-Blair attack on Iraq in 2003 opened the doors of hell. Iraq is now in ruins from which ISIS has created a jihadi state. It spans western and northern Iraq and eastern and northern Syria. ISIS is a hundred times bigger and far better organised that Osama bin Laden’s al-Qaeda ever was.

In the so-called Arab Spring of 2011-12, the kings and emirs of Saudi Arabia, Qatar, Jordan, the United Arab Emirates and Bahrain funded the jihadis, who then killed any democrats. All those backers are allies of the US, British and Turkish governments.

In Iraq, Libya and Syria too, NATO has intervened on the side of Sunni-sectarian jihadis and has worsened sectarian fighting. In particular, NATO backed the jihadis in Libya, whose victory has wrecked the country.

Hillary Clinton, US Secretary of State, pointed out that donors in Saudi Arabia are the biggest source of funds for al-Qaeda and other Sunni jihadi groups worldwide. The 9/11 Commission report said that Saudi Arabia was the main source of al-Qaeda funding, but the US government took no action. The Saudis have never charged one person identified by the USA or the UN as funding terrorism.

Billions of dollars of Saudi money pay for madrasas preaching jihadism and Wahhabism across the world, including in Britain. Wahhabism is a fundamentalist branch of Sunni Islam. It imposes sharia law, the subjugation of women, and the persecution of Shia and Sufi Muslims, Jews and Christians. It has led to mainstream Sunni Islam becoming dominated by Wahhabi doctrines and practices. An Afghan editor bravely and rightly called jihadi leaders “holy fascists”.

"NATO has wrecked Syria by backing the opposition to Assad."

The USA has given $500 million to the opposition in Syria. More fighters come from Saudi Arabia to Syria than from any other country. Weapons, including anti-aircraft missiles, supplied to the anti-Assad forces in Syria by Saudi Arabia and Qatar end up in the hands of ISIS fighters in Iraq.

ISIS and al-Nusra, al-Qaeda’s official representative, run the Syrian military opposition, as US Vice-President Joe Biden recently admitted. The US, British, Saudi Arabian and Qatari governments back ISIS against President Assad, who has always controlled 13 of Syria’s 14 provincial capitals and most of the population.

NATO has wrecked Syria by backing the opposition to Assad. It has also further ruined Iraq and fuelled its sectarian civil war, which shows no sign of abating. There were 10,000 civilian deaths in 2013 and 12,000 in 2014.

The tragedy for this region is not at an end. NATO’s embrace of jihadi terrorism has also ruined Yemen. This year Saudi-led Arab coalition forces have bombarded that country for weeks on the grounds that they did not approve of the outcome of a 10-year long rebellion. This intervention has the “non-military” support of Britain, USA, France, Belgium and Turkey.

Saudi Arabia accused Iran of funding the rebels, which they deny. Iran opposed the Saudi military action, as did Russia and China. In this situation there’s every possibility that NATO will turn next on Iran.

Britain's role in the Saudi attack on Yemen
Unity 'frees camp' from ISIS
Hands off Syria!
Once again, no intervention in Iraq
Genocide in Gaza