No good comes from the rich 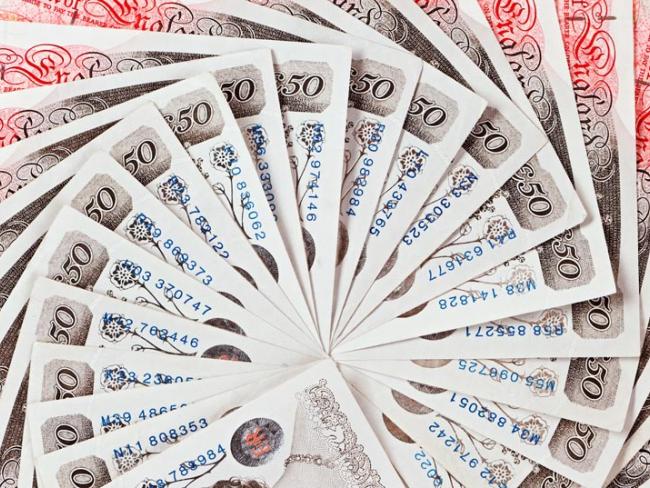 All parliamentary parties hold the view that very rich people are good for the economy. By implication workers can only hope to have crumbs from the table. That’s never been a convincing argument – and this book from Andrew Sayer shows how the opposite is true.

Andrew Sayer is Professor of Social Theory and Political Economy at Lancaster University, and in this detailed book he cascades statistics to show that the very rich have pulled away from the rest of us. The richest 1 per cent take an increasing share of national wealth, while those on low to middling incomes have progressively less.

Inequality between the rich and the rest of us are returning to a level not experienced since the early 20th century. This richest 1 per cent group cornered “only” 6 to 9 per cent of total income before tax in Britain from the early 1950s through to 1978; now they hoover up 13 per cent. From 1979, the majority of incomes stagnated or grew only slowly and the poorest fifth suffered a substantial loss. Meanwhile the rich roared ahead, with the top 0.01 per cent enjoyed a nearly sevenfold rise in real income!

In Britain the richer you are, the faster the income growth: the top 0.5 per cent have increased their share faster than the rest of the 1 per cent group, but not as fast as the top 0.1 per cent. And the top 0.01 per cent have enriched themselves faster still. Warren Buffett, one of the wealthiest of all, admitted, “There’s class warfare, all right, but it’s my class, the rich class, that’s making war, and we’re winning.”

Sayer re-examines some fundamental economic terms in the central sections of the book before establishing where the wealth of the very rich comes from. His guide to wealth extraction explains how simple words like “earnings”, “investment” and “wealth” can mask the contrasting interests of capitalists and society.

‘The distinction between earned and unearned income is important.’

Wealth is the monetary value of individuals’ accumulated assets less their liabilities and debts. Inequality in wealth is even wider than income inequality; and both are increasing. And 28 per cent of wealth in Britain is inherited, not earned.

The rich are getting richer, even though economic growth rates in recent decades have been slower than in the post-war boom. In the UK over the period from 2008 to 2010, the members of the top 1 per cent each had £2.8 million or more. That’s 14 per cent of the nation’s total wealth. That is almost certainly an underestimate, given the opportunities for the rich to hide their wealth.

Access by capitalists to the mechanisms of wealth extraction, rather than wealth creation, mark them out. They do so by rent, interest, profits from ownership of enterprises, using hedge funds and speculation. “Financialised” capitalism prioritises making money out of money instead of organising people to produce goods and services.

Sayer sums this up, “The occupational hazard of finance is that in seeking to make money out of money through lending, value-skimming and speculating, it focuses on wealth extraction and loses sight of the necessity of wealth creation in goods and services.” In the bubble leading up to the 2007-08 financial crisis, bank lending to productive businesses declined steeply to 10 per cent, a third of the previous level. In its place, lending to other financial institutions and the property market grew.

Capitalism now seeks to extract rent from ordinary people through water, electricity, railways, roads and hospitals. All these things used to be wholly controlled by the state directly or through nationalised industries charged with supplying infrastructure and services. Ordinary people paid directly or through their taxes. Unlike today, they weren’t burdened with having to also make continual short-run profits for shareholders.

‘Personal debt has been rebranded’

Personal debt has been rebranded under the more appealing label of “credit”. Interest payments allow the very rich to suck money from those with low incomes. Like rent, interest is parasitic on producers. Interest payments made by people on their mortgages, credit cards, car loans, payday loans and so on provide banks and other financial institutions with a major source of unearned income. They “invest” this in a host of ways, often by lending on to other banks to extract still more.

Sayers makes an interesting observation. It’s widely assumed that when we borrow from banks or use our credit cards, we’re borrowing existing money that others have deposited. This is far from the truth: the money the banks lend is created by them, out of nothing. Yet of course they still charge us interest on it. When a state-controlled central bank “prints more money” it invites alarm about stoking inflation. But most new money is routinely created by private banks, with little regulation or public accountability.

In recent decades the pressure to produce short-term profits and the increased mobility of capital have changed capitalist priorities. They have become less interested in long-term productive investment and are more interested in plundering companies for profits. They must continually move on to new businesses where they repeat the process.

Economic power is also political power. Therefore control of assets like land and money is a political issue. Sayer explains how this works, “Those who control what used to be called ‘the commanding heights of the economy’– and increasingly that means the financial sector – can pressure governments to do their bidding. That a government was democratically elected does not matter. These institutions can and do threaten to take their money elsewhere, refuse to lend to governments except at crippling rates of interest, demand minimalist financial regulation, hide their money in tax havens and demand tax breaks in return for political funding.”

Sayers final comments are, “We truly cannot afford the rich and the systems that support them. They are living beyond our means and those of the planet, and their interests are at odds with those of the 99 per cent and the environment. We must stop supporting them.”

The control of assets like land and money is a political issue. “Those who control what used to be called “the commanding heights of the economy”– and increasingly that means the financial sector – can pressure governments to do their bidding. That a government was democratically elected does not matter. These institutions can and do threaten to take their money elsewhere, refuse to lend to governments except at crippling rates of interest, demand minimalist financial regulation, hide their money in tax havens and demand tax breaks in return for political funding.”