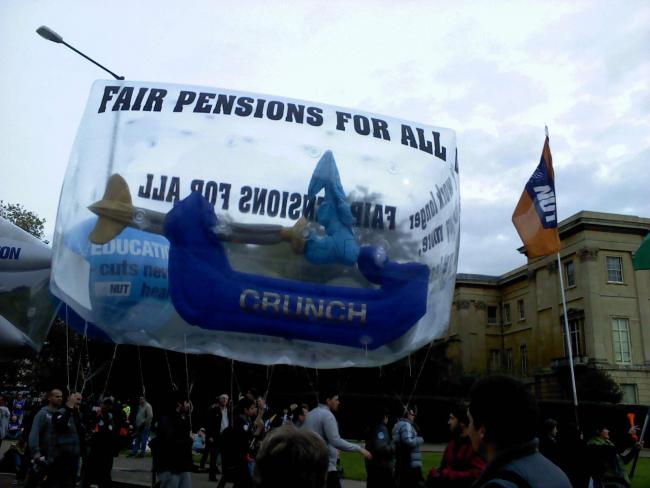 A review of the state pension age was announced earlier this year. Its purpose will be to recommend to the Secretary of State for Work and Pensions what to consider when deciding future State Pension age arrangements. The review’s findings are due to be released in early 2017.

We can expect snippets of the review to start being fed into the media from now on to prepare the ground. Although the review will be dressed up as independent, the content will simply be lifted from the World Bank and IMF manuals on how to bust up a country’s state pension system.

Well-rehearsed “worries” will be aired such as “disproportionately high state pensions paid to high earners”, “looming generational inequality [that] manifests itself as a rising tax burden on today’s workers” along with proposals claimed to help protect lower earners. Under the veil of equality the all-too familiar concept of “a safety net” will be aired. The inevitable conclusion will be that a future state pension should support no more than a starvation diet and be paid at an even later age than the current plans for age 68.

The “we are all living longer” slogan will also be spun as a promise of “fuller working lives”. In other words if you can find a job, carry on working until you drop dead. The only thing interesting about the review will be how hatred of the British working class will be dressed up in polite language. That’s the way that class struggle unfolds in Britain today with the enemy believing that if it can couch its attack using well-mannered left leaning phraseology, then so much the better.

Being equally polite, we workers can respond by declaring that the working population can provide for its pensioner dependants out of the wealth created each year with pensions payable from age sixty onwards. We also need to highlight the flawed analysis about the productivity merits of elderly people remaining part of the workforce while the work opportunities for young workers are quashed.

A working class approach should also include far deeper thinking towards using the £1.5 trillion locked into British occupational pension funds and that will challenge prattle about deficits. In fact if we immediately moved to a comprehensive state pension paid from age 60, our pre-funded pensions capital can be released as a working asset instead of being used as a ruling class plaything. All of this can of course form part of our Brexit perspective in leaving the EU by all available means.

The attack on occupational pensions is laid bare by figures from the Office of National Statistics (ONS) show the number of active members of occupational pension schemes recently returned to the 11.1 million record high set in 1983. The ONS does not mention that in 1983 those workers were mostly in final salary pension schemes. For those schemes employers contribute 18 per cent or more of total wages into collective pension funds.

On the other hand the recent surge in occupational pension membership is mainly due to the government’s auto enrolment legislation where an employer contributes 1 per cent of total payroll. Since 2012 this has applied to individual earnings no greater than £43,000 annually.

Along with counting the number of factory closures and industries lost since 1983, by simply comparing Employer pension contributions in 1983 to what they are now clearly demonstrates the grotesque attack that has been made on the British working class, as faithfully delivered by Labour and Conservative Governments alike.