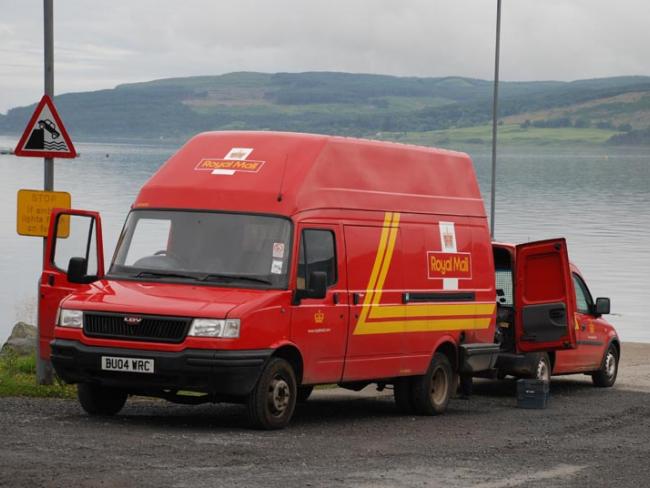 Royal Mail vans on Mull. EU competition laws have driven up prices in the postal industry.

At last, an optimistic book setting out how Brexit can make life better for Britain…

Robert Jameson has written a book full of ideas and full of optimism about what we can do as an independent country. He sets out our needs in a straightforward way and asks how we can achieve them.

We have to improve people’s economic lives. How do we do so? The secret of economic success is no secret – it is to invest: “You invest, you invest some more and you keep investing, without fail.”

For example, we need nationwide superfast broadband. We could have just switched everyone over to the new fibre-optic cables. But we didn’t. Why not? “Because the government and the telecoms companies were desperate to get every penny out of broadband customers - and didn’t want to pay for anyone to receive an improved service, unless and until they agreed to pay the higher rates.” (For more on this, see Workers November/December 2017.)

The EU policy of privatisation has done much harm to Britain. Jameson gives an example: “we went through the trauma of the privatisation of our energy production and distribution industries. This was supposed to lead to rising efficiency levels and lower consumer prices. Unfortunately, it did nothing of the kind. We now have astronomically high energy prices. Part of the problem is that the privatisation process itself led to a lot of investment being put on hold. And then the privatised energy companies seemed far more interested in short-term profits than in long-term energy security.”

The EU exists to promote the interests of capitalism: “In many respects, the world has been involved in a race to the bottom, where quality issues, long-term costs, workers’ rights and environmental damage have frequently been largely ignored in favour of simply seeking ever lower unit prices.”

The EU policy of imposing competition has also harmed Britain: “In the postal industry, instead of driving down prices, competition is used as an excuse to drive up prices. Stamp prices must increase, we are told, because of the effects of increased competition. We have a multitude of competing delivery services with, collectively, far higher costs and much higher prices than we could have easily had with a single postal provider, owned or regulated by the government.”

He reminds the reader that EU states have to accept an unlimited number of immigrants from other EU countries. Millions of people in Britain voted to leave so that we could bring immigration down to more sensible levels. Controlling immigration will reduce pressure on housing and infrastructure, allowing more people to have decent homes and better lives.

We can use a simple system of work permits. If anyone from another country wants to live and work here, they can apply for a work permit. If the vacancy cannot be filled by someone already here, then a work permit may be issued.

Not having to accept unlimited immigrants from the EU, he says, means we have the chance “to concentrate on qualitatively improving our education system, our health service, our transport system and our energy infrastructure, rather than on constantly having to upgrade their capacity.”