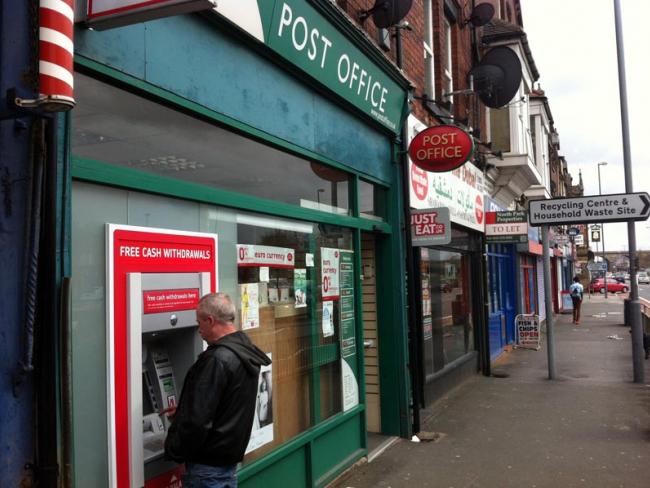 Post Office workers have voted to strike against office closures, job losses and threats to their pensions. Communications Workers Union members voted 83 per cent in favour of action on a turnout of more than 50 per cent. Unite is also balloting its members.

Post Office Ltd runs Crown Post Offices and counters. It was kept in public ownership after the separation from Royal Mail which was partly privatised in 2013. The government’s promise made at the time that the Post Office would be safe in public hands was meaningless.

Public funding fell from £210 million in 2013 to £80 million this year, and the company has failed to generate income to make up the shortfall. Instead its response has been a downward spiral of closing offices and passing business to franchises in WH Smith and other high street shops.

CWU members see the Post Office as a national institution providing an essential service. They are calling for meaningful discussions with the company and government about a plan for its future.

Unions fear losing 2,000 jobs over the next year out of a current total of 7,500 as a result of closing 60 offices and other reductions in services. The last straw for workers was the announcement that from next April the final salary pension scheme would be closed to new contributions even though it is in surplus.

Update – Unite announced on 6 September that its members had also voted for industrial action – 78 per cent in favour, with 64 per cent supporting strike action. Brian Scott from Unite said: “This strong vote in favour of industrial action should send a clear message to the Post Office that it has got it wrong over its decision to close the pension scheme”.