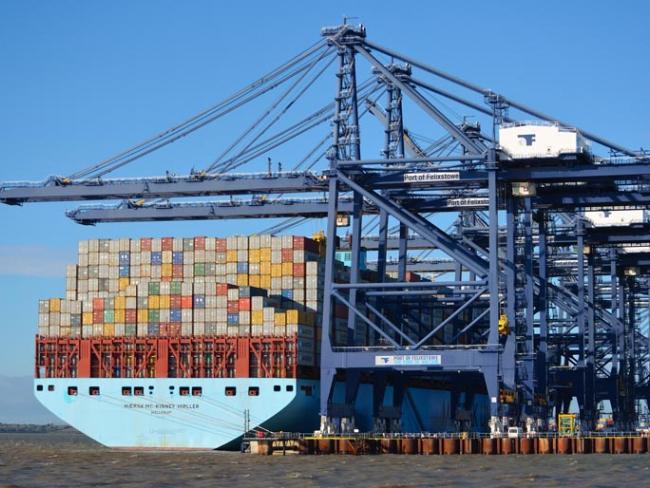 Some 95 per cent of all goods brought to and sent from Britain are taken by ship. Yet after decades of decline in the number of British-registered vessels, Britain’s merchant navy is becoming so depleted that our economy could be held to ransom by other nations with stronger shipping industries, according to Nautilus, the maritime union.

Britain depends on the shipping industry for almost all of its goods exports and imports. Government action is needed to protect the industry. Without our own shipping industry we are dangerously dependent on the fleets of other nations for the supply of critical goods, including food, oil and gas for heating, and military equipment.

Britain’s as a maritime nation is stark. Britain now ranks 19th in the table of national merchant fleets, at just 13.7 million deadweight tonnes (dwt) according to government data. This represents just 0.8 per cent of the global fleet.

By comparison, in 1975 ships flying the Merchant Navy’s Red Ensign weighed in at 52 million dwt, representing 9.7 per cent of the global fleet. The number of seafarers has also plunged. Today there are 23,000 British officers and ratings, compared with 73,400 in 1975.

Nautilus says Brexit gives Britain a good opportunity to promote its maritime industry free from Brussels controls and has issued a 10 point charter of issues it sees as critical. The union’s demands include financial support for the cost of training of seafarers, favouring employing British sailors over other nationalities and tax relief to encourage companies to register ships in Britain rather than using “flags of convenience”. It also wants the government to formulate a national maritime strategy.

A report commissioned by the union notes there were barely 950 British deck and engineer ratings under the age of 40 serving at sea last year. On current trends, it warns that while the supply of British deck and engine ratings is expected to increase, it will fail to keep pace with the numbers leaving the industry.

The study found that over half of ratings were interested in officer training but were unable to meet the time and cost commitments.